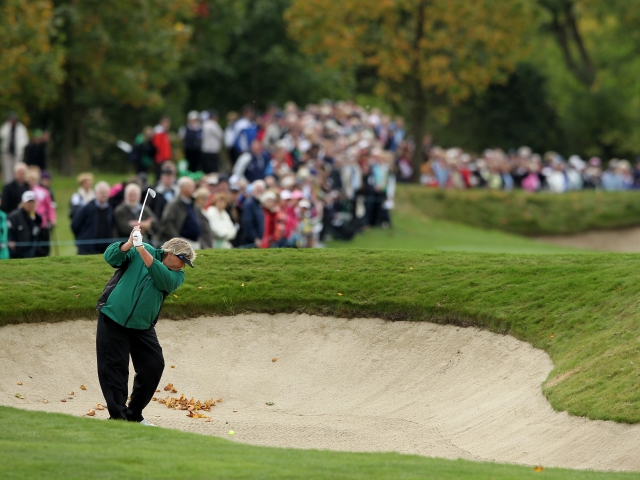 “[It was] one of the biggest sporting upsets ever,” affirmed the legendary Laura Davies as she cast her mind back to Europe’s first seminal Solheim Cup moment.

In October 1992, two years after the inaugural iteration of the transatlantic matchplay showdown which would go on to become the pinnacle of women’s golf, Europe played host for the first time and ran out 11½ -6½ winners at Dalmahoy.

Banishing the spectre of their heavy defeat at Lake Nona in 1990, Europe, who return to Scotland to take on the United States at Gleneagles this year, laid down a marker to prove that the Solheim Cup would be far from a procession.

In 1990, the United States had made good on their pre-tournament favourites tag, their class apparent as they dominated proceedings en route to an 11½ -4½ success in Florida.

But things would turn out very differently when battle resumed on the other side of the pond.

The Americans were vastly more experienced but Europe, captained by Mickey Walker, were determined to upset the apple cart.

“We were still pretty much the same nucleus that played in the first one but we’d had that flogging, so a lot of us didn’t want that again,” said Davies, Europe’s most successful Solheim Cup player.

“The strength of the LPGA players against the European players – in those days, most of us were playing just on the European Tour.

“Myself, Lotte (Liselotte Neumann) and Trish Johnson [had] maybe [been] on the LPGA Tour but the world rankings – if they’d had them at the time – would have been off the charts, the difference.”

AN UPSET FOR THE AGES

In the opening day’s foursomes, Europe edged matters 2½-1½ and then stretched their advantage to a narrow 4½-3½ going into the final day of action.

But, with the singles expanded to 10 matches from the eight seen in the previous tournament, the hosts streaked clear.

Catrin Nilsmark’s 3&2 victory over Meg Mallon clinched it, handing Europe their first victory and setting the tone for the titanic tussles that would follow.

Davies said: “I think [it was] one of the biggest sporting upsets ever.

“There’s been a lot since but at the time, [we were] such an underdog to beat the American team.

“The weather was awful. That helped us, obviously because the Americans are not big fans of playing in horrendous weather.

“We all just got carried along and when Nilsmark holed that final putt to win the thing, it was bedlam after that, and I think that’s what put the Solheim Cup on the map because people realised it’s now a competition – it’s not just going to be a flogging.”

MAKING THE MOST OF HOME COMFORTS

The class of 2019 will doubtless use 1992 as inspiration when they look to wrestle the Cup back from the US at Gleneagles in September.

Having been selected as vice-captain by skipper Catriona Matthew, Davies will hold the memories of 17 years ago as dear as anyone else, but she is also acutely aware of the secret weapon Europe will be able to call upon in the Highlands.

“Being at home and being in Scotland; everyone calls it the home of golf but it’s also the home of some really great sports fans,” she said.

“Although the weather was horrible [in 1992], the galleries turned up. They were behind us and they gave us momentum, and they carried us on.

“Although we’re not talking thousands and thousands, there were enough there to create the atmosphere for us to kick on.

“The American team will be stronger on paper but I think home advantage, and with some of the young players we’ve got, we’re going to have a huge chance. The gallery is going to play a huge part.”