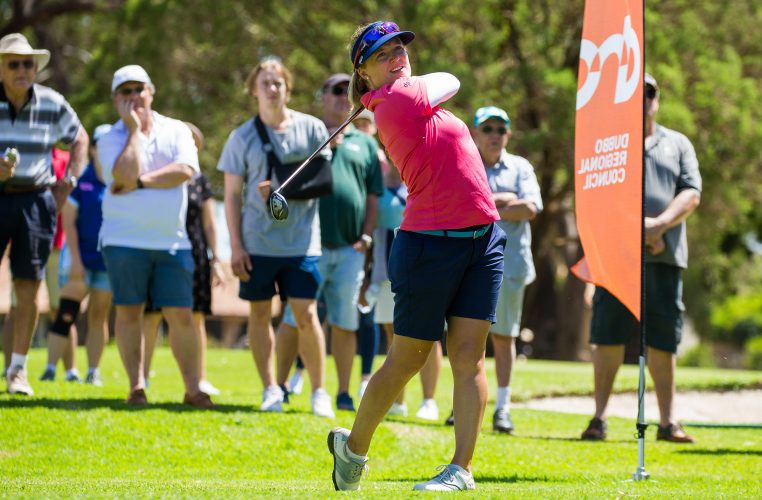 Manon De Roey backed up her course record 64 with a superb six-under 66 in the third round of the Women’s New South Wales Open to take a five-stroke lead into the final round at Dubbo Golf Club.

Teenage star Julia Engtröm lies in second after a 68, with fellow Swede Camilla Lennarth right behind her in third position.

De Roey has won three times on the LET Access Series and is now just 18 holes away from her first victory on the LET.

“I’ve never been in this position before but it doesn’t really matter. I’ll just stick with my game plan,” she said.

“I was one of my goals to win this year, so it would be great if I am able to achieve it so early in the year.”

The 28-year-old from Antwerp, Belgium, started the day with a two-stroke advantage and birdied two of the first three holes, before making her sole bogey at the sixth.

She birdied the long ninth and 10th holes to build a four-stroke lead and added three more birdies at the 13th, 14th and at the short 18th, where she chipped in from the front of the green.

“I felt pretty confident out there. After an eight-under yesterday, it was always going to be hard to shoot a low score but I didn’t have many expectations. I won’t practise too much, as I’ll save my energy for tomorrow.”

Engström had a relatively quiet front nine but she lit up the back nine with four straight birdies from the 11th to the 14th holes. She picked up another shot at the 16th, but bogeyed the last two holes. 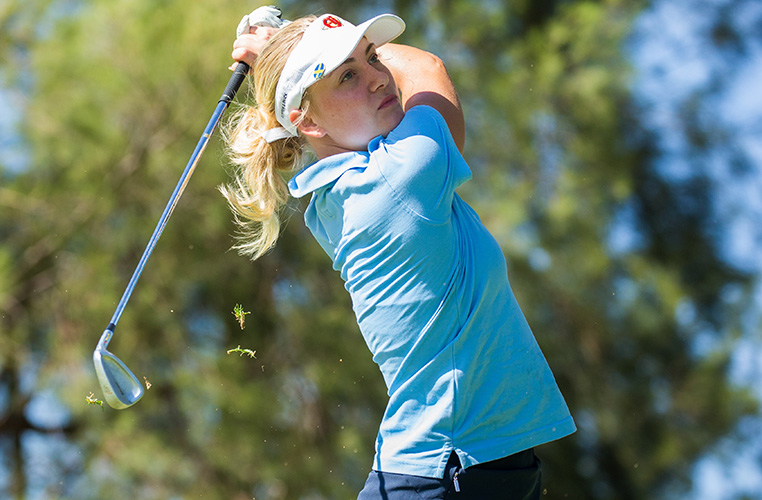 “I managed to hit some fairways and get the putts rolling today. I was hitting my irons well,” said the 18-year-old from Halmstad. “I know my game is in good shape so I’m going to go out and try to make some birdies tomorrow.”

Lennarth carded a two-under 70 containing three birdies and just one bogey, but said: “At times, I hated it today, because it was military golf. It was a bit left, a bit right, a bit high and a bit low. It was a bit everywhere.

“I’ve hit some good shots and some not-so-good shots and I felt a little bit like Seve Ballesteros out there, mixing it and chipping it up and down, making par from everywhere, so I’m very pleased with where I am.” 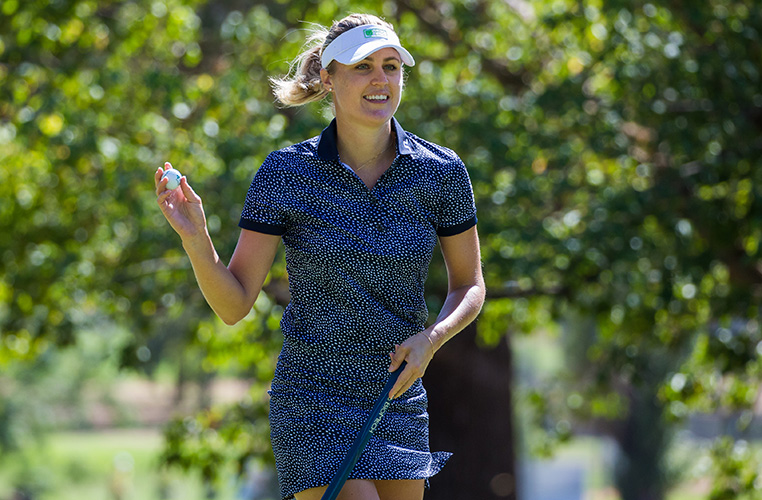 Slovenia’s Katja Pogacar is a stroke back in a tie for fourth with Diksha Dagar of India, while Slovenia’s Pia Babnik and two-time LET tournament winner Atthaya Thitikul from Thailand are eight shots from the lead, in a tie for sixth, after rounds of 66 and 70 respectively.