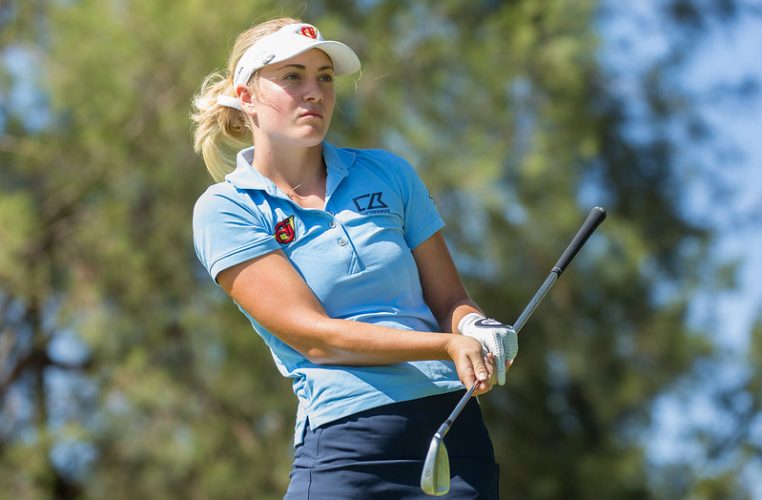 The early Race to Costa Del Sol frontrunner Julia Engström is eager to recreate her winning  performance of a fortnight ago when she tees up in the Investec South African Women’s Open from Thursday.

The 18-year-old Swede became the second teenager to win in as many events on the 2020 Ladies European Tour when she won the Women’s New South Wales Open, following on from 17-year-old Steph Kyriacou’s triumph in the Australian Ladies Classic Bonville.

Engström is ready to draw on the fond memories of her last visit to Cape Town 12 months ago, when she finished seventh at Westlake Golf Club, as she bids for a second career title in the third LET event of 2020.

“For me, the 2019 Investec South African Women’s Open was a great start to the year and set me up for a terrific season,” said Engström, who finished 20th on last year’s Order of Merit.

“I really enjoyed playing at Westlake Golf Club last year and played pretty well. The course is quite similar to Dubbo Golf Club in New South Wales in a way, where I won two weeks ago. It’s not as tight, but it’s tree lined and set against the breath taking mountains of Cape Town, which is stunning. It’s also generally quite a lot windier! Hopefully I can play well again this year as I would love to finish within the top five on the 2020 Race to Costa Del Sol.”

The Investec South African Women’s Open, established by the Women’s PGA of South Africa (WPGA) in 1988, is the oldest and most prestigious professional women’s golf tournament in South Africa.

Westlake Golf Club has proved a happy hunting ground for both rising and existing stars of the game alike over the last two years. Defending champion Diksha Dagar from India was propelled to instant stardom when she won in just her fourth professional start last year, aged 18.

Meanwhile, South Africa’s own Ashleigh Buhai wrote her name into the record books in 2018 when she won the national title for a third time. Although still just 30, Buhai won the title twice as an amateur – – including aged 14 years and 10 months at her home course Royal Johannesburg in 2004 – and she also completed a brilliant wire-to-wire win in the Jabra Ladies Classic at Glendower Golf Club on the Sunshine Ladies Tour at the weekend.

The full list of entries can be found here.