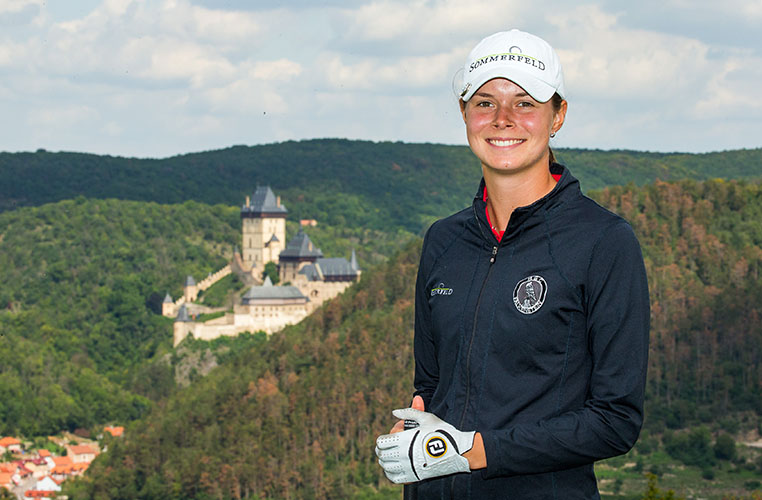 Esther Henseleit of Germany, ranked number two on the Ladies European Tour (LET) Order of Merit, starts as one of the favourites at the €120,000 Tipsport Czech Ladies Open to be played from 23-25 Aug 2019 at the Golf Resort Karlštejn, Czech Republic. The Tipsport Czech Ladies Open 2019 marks a return of LET to the Czech Republic after a hiatus of three years.  After the Jabra Ladies Open earlier this year, it is the second dual-ranking event on the LET and LET Access Series (LETAS).

Esther, who has had an impressive tally of eight Top-10 finishes which includes three runner-up and two third-place finishes in her rookie season, is eager to register her maiden win at the Tipsport Czech Ladies Open this week.

“I am trying to do my best. I am looking for my first win. My game feels really good, but overall I have not played as good as I was hoping for the last three big events. But I have worked a lot with my coach, Christian Lanfermann, and I cannot wait to play again,” said Esther, who is yet to clock in a practice round at the Golf Resort Karlštejn.

Having played in the Czech Republic thrice before, but on different golf courses, Esther is confident of her game on the hilly terrain and undulating greens as she is used to playing such courses in her home city Hamburg, as well.

“It is beautiful here in the Czech Republic. I have just arrived here and it looks really pretty. Also, with the Castle over here and I think we are on top of a mountain and that is pretty cool. You can just look around and see beautiful landscape.” 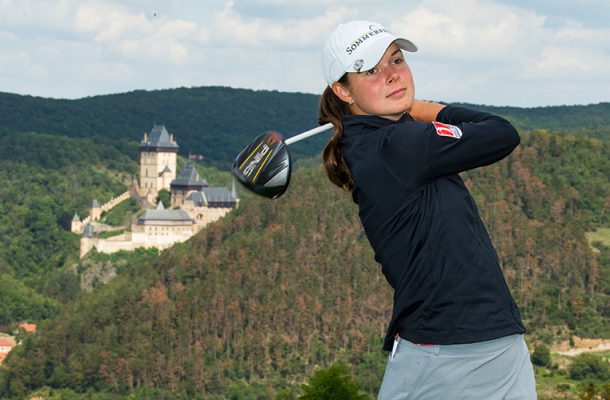 “I think you just need to think a bit more and do your numbers correctly,” she said of her approach on the golf course this week.

After a slump in her performances in the last three events, Esther is hopeful of a turnaround and lifting her first winner’s cheque.

“I have worked hard especially on my iron shots with my coach. I just plan to keep playing aggressive and powerful,” said Esther, who is 21.02 points behind Order of Merit Leader Nuria Iturrioz.

In the absence of Iturrioz, a top three finish for Esther would take her into first position on the LET Order of Merit.