Europe and US tied at 8-8 Heading into Singles 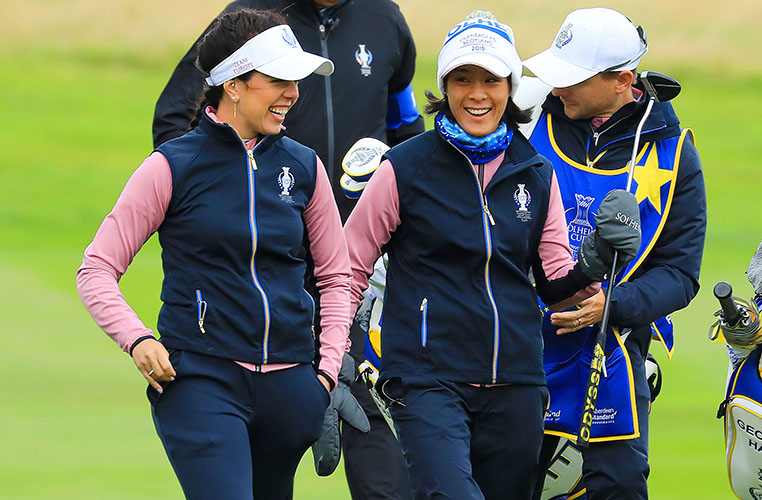 Europe and the USA will have it all to play for when the singles get underway at the 16th Solheim Cup over the PGA Centenary course at Gleneagles.

The Americans beat the European 2 ½ – 1 ½ a tense second fourball series which means that after two days of intense competition the teams go into the 12 singles tantalisingly tied at eight points all.

That gives a slight advantage to the USA who need just six points to retain the trophy having won the last match at Des Moines in Iowa two years ago but it is a better position than the Europeans could have hoped for midway through the second afternoon when, for a while at least, they had been staring a 4-0 whitewash in the face.

The European team went into the session with a narrow 6 ½ – 5 ½ lead after halving the morning foursomes 2-2 but that advantage disappeared when in the top match in the afternoon America’s Brittany Altomare and Annie Park beat Suzann Pettersen and Anne Van Dam by one hole.

The European pair had recorded a 4 & 2 victory over Danielle Kang and Lizette Salas in the opening fourballs but 24 hours later they were never ahead against the US rookies before losing when Altomare holed from four feet for par on the last.

The players had been buffeted by wind gusting up to 48 miles an hour throughout the afternoon and they also had to contend with driving rain long before in the second match on the course Jodi Ewart Shadoff and Caroline Masson halved their match against Lexi Thompson and Marina Alex. Thompson and Masson both had a good chance to win the match with a birdie but first Thompson and then Masson missed their opportunities to ensure the two teams were tied at seven points apiece.

Georgia Hall and Celine Boutier had been four down after seven holes in their match against Ally McDonald and Angel Yin but they went on to mount a brave fightback which saw them move ahead for the first time in the match with a par on the 17th before securing a point for the home team when the Americans conceded the last.

That result gave Europe an 8-7 lead in the match but it lasted little more than a couple of minutes before Danielle Kang holed a 12-foot birdie putt on the 17th to give her and partner Lizette Salas a 2 & 1 win over Spain’s Carlota Ciganda and Azahara Munoz.

“We’re probably a bit chippier tonight,” said European Captain Catriona Matthew after watching her team withstand the early afternoon onslaught. “At one point this afternoon, it looked as if we could go down 4-0 or 3-1, so to get in at 2 ½ – 1 ½ is good for us.

The fightback from Georgia (Hall) and Celine was great. Caroline (Masson) is devastated she missed the putt on 18 but to be honest we’re really pleased to be where we are.

“I think it’s going to be pretty tight again tomorrow. It’s going to come down to one long putt, a chip-in, something like that. I think it will be a small thing that changes it one way or another.

“I rate them (our chances) pretty good.”

US captain Juli Inkster, who admitted to wearing three hats in order to protect herself from the cold, said: “I’m ecstatic at where we are right now.

“We sat out the Kordas and had two rookies Brittany (Altomare) and Annie (Park)and they showed me something today. It was tough out there for those girls but they stayed strong.

“Hopefully the weather will be a little better tomorrow and we can see some really good golf from the Euros and the USA. We want a good battle for the cup. That’s what these girls do.”

The battle commences at 11.40 when Spain’s Carlota Ciganda goes head to head against Danielle Kang. Next up for Europe is Caroline Hedwall who faces Nelly Korda while former Women’s British Open champion Georgia Hall faces Lexi Thompson in the third match at 12.04. 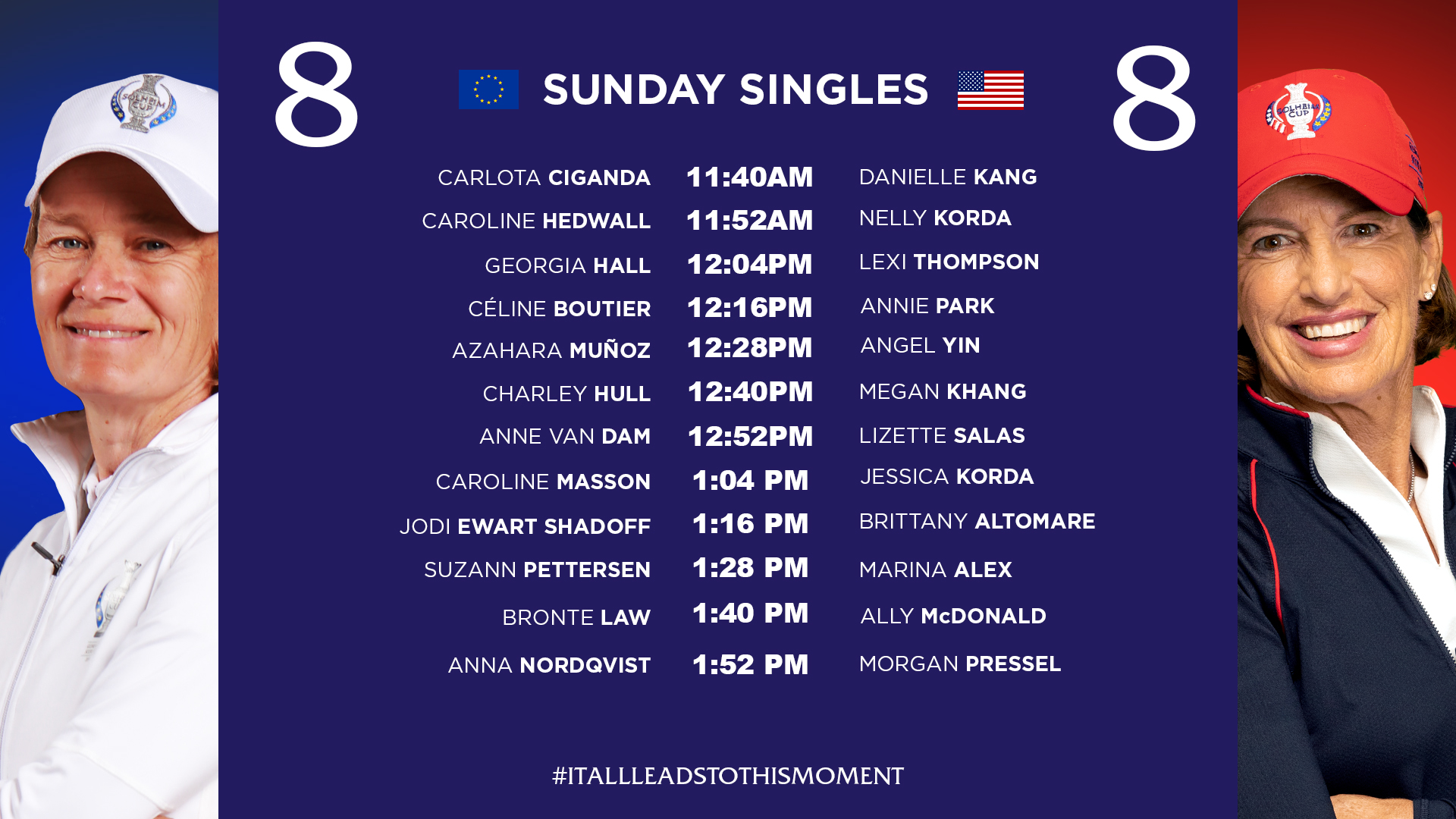