Europe keep ahead as battle intensifies 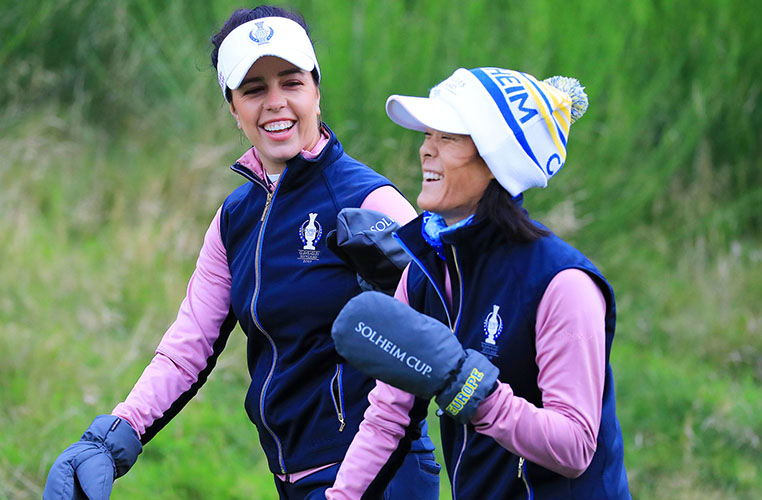 Europe and America defied strong winds to share the spoils in the second series of foursomes at the Solheim Cup at Gleneagles.

The 2-2 score line means that Europe hold a single point lead at 6 ½ – 5 ½ heading into the afternoon fourballs.

The first day of the 16th Solheim Cup was contested in bright and relatively benign weather but it was very different on story on a second day in which the players had to contend with winds gusting over 30 miles an hour. Local forecasts suggest it is to get worse before it gets better so the conditions may become more challenging, with the forecast for south westerlies gusting at 40-45 miles per hour.

Europe started the second day with a 4 ½ – 3 ½ lead but that disappeared when Jessica and Nelly Korda beat Bronte Law and Carlota Ciganda by a record-equalling 6 & 5 margin. The two sisters from Florida had made an instant impact when they beat Caroline Masson and Jodi Ewart Shadoff 6 & 4 on the opening morning and they were in even more irresistible form against the hitherto undefeated English and Spanish pair. They won the first and second with birdies and were never caught before sealing America’s first point on the day out on the 13th green. 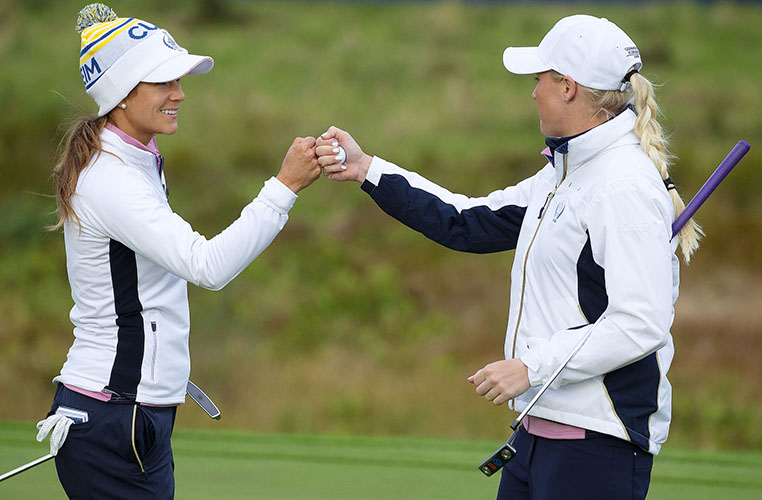 Charley Hull and Azahara Munoz had also won in the opening foursomes and they made it two out of two in this format with a 4 & 3 victory over Danielle Kang and Meghan Khang. The Europeans won the first with a par and were as much as six up after 11 holes before closing the match out on the 15th.

Anna Nordqvist and Anne Van Dam were given the honour of leading Europe out in the first foursome on the course. They carded three birdies in their first six holes to open a four hole lead over Morgan Pressel and Marina Alex before the Americans completely turned things round when they won the seventh with a par and then claimed another five holes in succession from the ninth.

Momentum is a significant factor in match play so it was no real surprise when Alex holed the putt which saw the Americans move to three up with three holes to play on the 15th. The Europeans did win the 16th with a par but a few minutes later the Americans completed a gutsy turnaround victory with a par on the short 17th.

Georgia Hall and Celine Boutier were Europe’s other winners in the first foursomes and they proved to be mightily impressive again when they beat Lizette Salas and Amy McDonald by 3 & 2 in the last match to finish. For much of the match there was very little to separate the two pairs but the Europeans won the 11th and 12th to go three up before sealing the point that gave their team a slender one point overall lead with a par on the 16th.

Hall and Boutier will remain together for the third afternoon fourball match against Angel Yin and Ally McDonald. In the top match Suzann Pettersen and Anne Van Dam lead the Europeans out for a second day in a row against Brittany Altomare and Annie Park. Jodi Ewart Shadoff and Caroline Masson are paired in the second match against Lexi Thompson and Marina Alex while Spaniards Carlota Ciganda and Azahara Munoz bring up the rear against Lizette Salas and Danielle Kang. 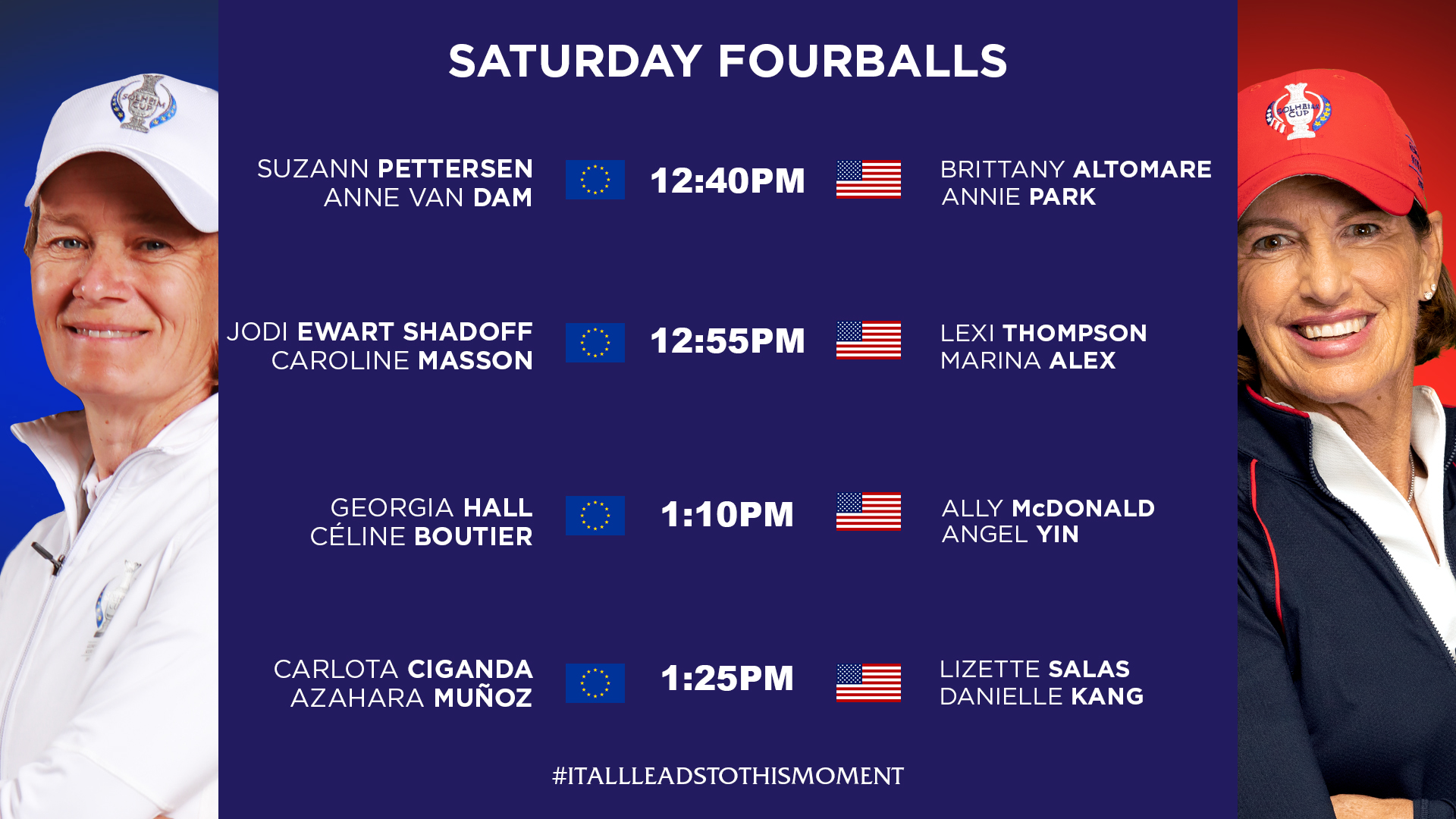