Sally Watson, who makes her fourth appearance in the Championship, is one of nine Scots confirmed to tee it up at Dundonald Golf Links and the most experienced of the four invites, having finished no worse than19th as she looks to better her previous best finish of solo third in 2014. 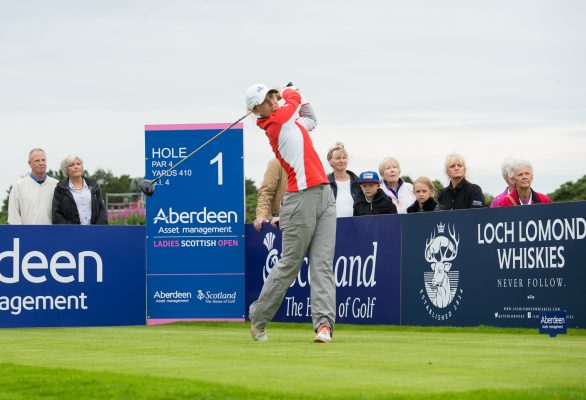 Joining her in the line-up which includes 5 of the world’s top 10 and 15 of the top 30, is Scottish debutant, Michele Thomson, who currently ranks 36th on this year’s LET Order of Merit and LPGA Tour star Stephanie Meadow, who rose to prominence in 2014 with a 3rd place finish at the U.S Women’s Open.

Ladies European Tour rookie, Inci Mehmet, completes the list of invites and joins Thomson and Meadow in making her tournament debut. Mehmet is looking to capitalise on her early season form that saw her finish T14th in her first ever Ladies European Tour appearance at the Lalla Meryem Cup.

For the first time in Ladies Scottish Open history, the tournament is co-sanctioned between the Ladies European Tour and the LPGA with an illustrious list of over 72 champions with 467 titles set to compete at Dundonald Links, which played host to the Aberdeen Asset Management Men’s Scottish Open last week.

Watch the Aberdeen Asset Management Ladies Scottish Open LIVE on Sky Sports on Thursday/Friday from 14:00-17:00 and Saturday/Sunday from 15:00-18:00.