Final Round: Leaders on the Back Nine 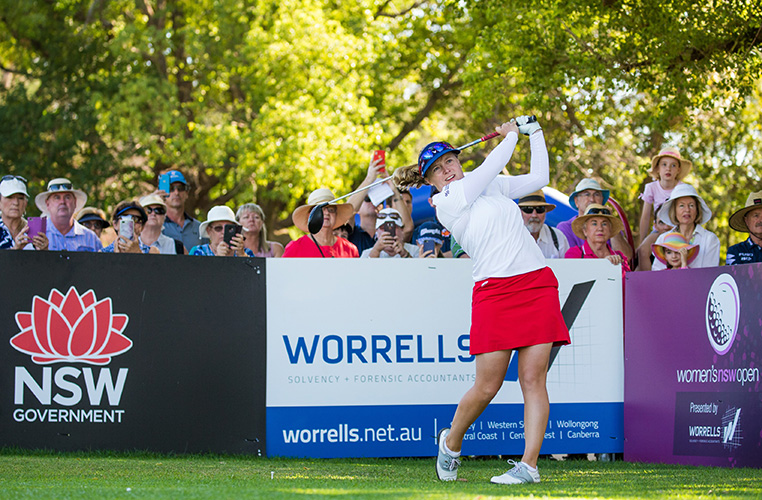 Belgian Manon De Roey has taken a three stroke lead into the back nine, but is engaged in a close toe-to-toe battle with young Swede Julia Engström.

Overnight leader De Roey took a five-stroke lead into the final round but, no doubt juggling some nerves on the first tee, pushed her opening drive right and into the trees. She quickly recovered and found a path through the trees, taking a two-putt par from around 45 feet to steady the nerves.

However, a birdie-bogey turnaround on the second hole followed by a second Engström birdie on the third, where she made an up and down from a bunker, cut De Roey’s lead to two.

De Roey jumped back into a four shot lead with a 12 foot birdie putt on the fifth hole, just as Engström made her first mistake, after fluffing a shot from a cart path after a monster drive which almost reached the green.

De Roey bogeyed the sixth but then both she and Engström birdied the long ninth.

De Roey was back where she started at 15-under, with a three-stroke lead heading into the back nine.

Camilla Lennarth, Diksha Dagar and Atthaya Thitikul were all at nine-under.

The championship is still up for grabs and it’s Engström, the 18-year-old Swede whose best finish on tour was third in the 2019 season-ending Magical Kenya Ladies Open, who has the best chance of chasing De Roey down. 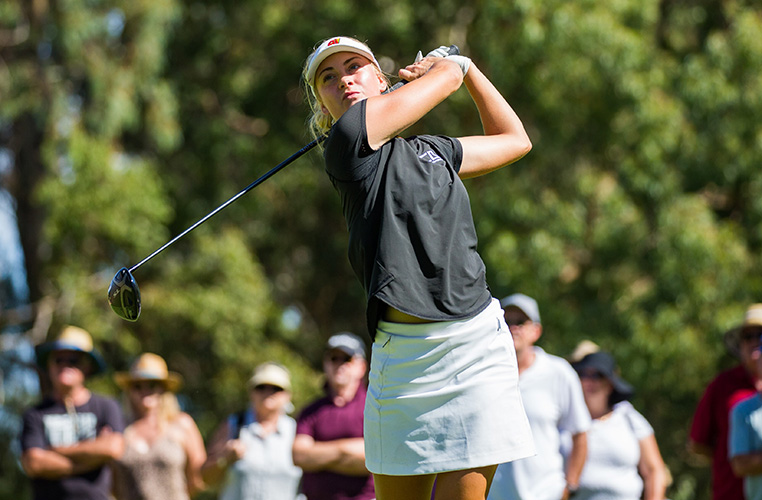