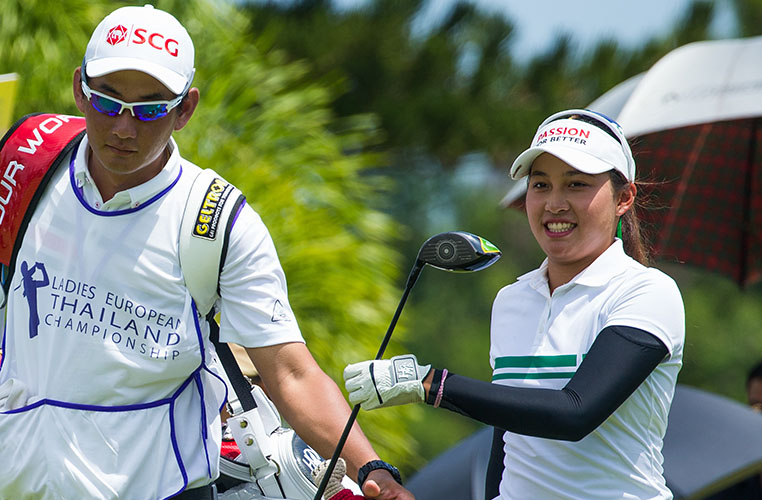 The final round of the Ladies European Thailand Championship is under way after a weather delay of nearly three hours.

Play was suspended at 12.13pm and resumed at 3.10pm after a huge storm moved over Phoenix Gold Golf and Country Club in Pattaya.

The leaders teed of in searing heat under the blazing sunshine at 11.20am, before heavy rain, thunder and lightning hit the course, but conditions have brightened up again.

The tournament leader, Atthaya Thitikul, 16, was standing over a 12-foot birdie putt on the fourth green when the horn was sounded.

She started the day with an eight-stroke lead over Esther Henseleit but the German rookie had pulled two strokes back with an eagle on the second, to get within six of the leader.  Thitikul had found the rough from the tee and layed up, before missing a 10-footer for birdie. She, Henseleit and Olivia Cowan, who are all playing in the last group, then made pars on the third hole.

Final round play is now scheduled to conclude at approximately 6.45pm.