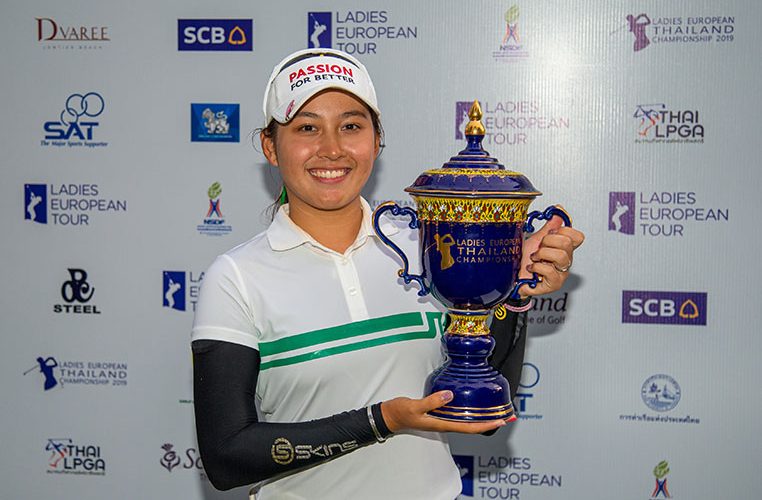 Each season on the Ladies European Tour brings an exciting crop of fresh faces and a new start for the more senior players looking to build on their previous experiences.

Here, we look at five rising stars who we predict will have a chance to win the inaugural Race to Costa del Sol title this year…

The 16-year-old from Ratchaburi in Thailand introduced herself to international fans when she became the youngest ever golfer to win a professional golf tournament, at the LET’s Ladies European Thailand Championship, at Phoenix Gold Golf and Country Club in Pattaya, on 9 July 2017, when she was aged just 14 years, four months and 19 days.

Henderson’s record for a male or female player came in a 36-hole event, bettering the mark by two days set by New Zealand’s Lydia Ko in January 2012 at the New South Wales Women’s Open.

Although Atthaya was unavailable to defend her crown in 2018, she returned in 2019 and carded rounds of 69, 67, 63 and 67 for a winning total of 22-under-par, to win by five over Esther Henseleit, who would go on to claim the LET Order of Merit and Rookie of the Year titles.

At 16 years, four months and three days, the world’s No 5 ranked amateur player, Atthaya became the youngest golfer to win two Ladies European Tour titles in July and now, in 2020, she will be playing on the LET with a tournament winner’s category of membership.

Atthaya, who is known by her nickname ‘Jeen’ or ‘Jeeno’, first started playing golf in 2003 when she was six years old, when her father presented the opportunity to play golf or tennis. She chose golf after watching pictures of both sports on YouTube. In addition to her two professional titles, she has since won 16 international amateur titles, played in three different majors (the ANA Inspiration, Evian Championship and British Open, where she was the leading amateur) and two additional LPGA tournaments, with a best finish of eighth place in the HSBC Women’s Champions.

She will be one of the hottest rookie prospects on Tour in 2020 and one of the most exciting players since her good friend and countrywoman Ariya Jutanugarn, who won LET Q-School in December 2012 and went on to become the world’s number one golfer on the Rolex Rankings in June 2017. 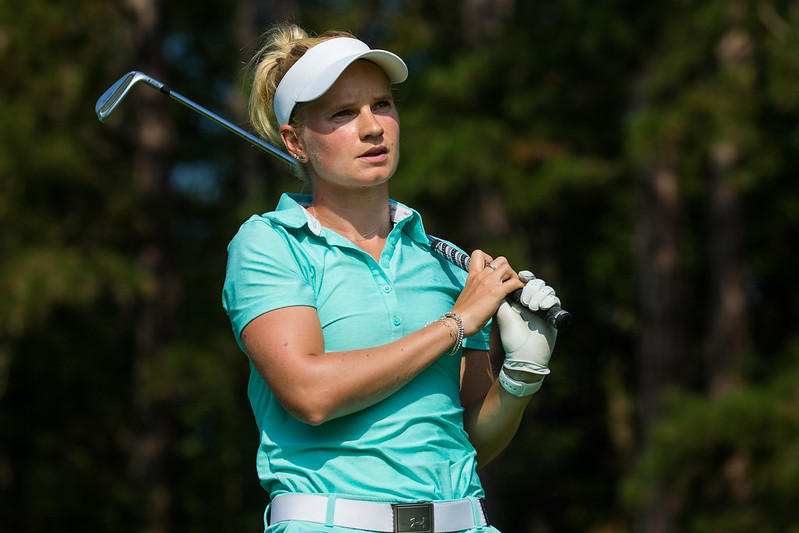 The 26-year-old from Poole in England turned professional in 2015 and took a couple of years to settle into the tour way of life, but showed her true talent during the 2019 Road to La Largue, when she finished as the top points’ scorer to win the LET Access Series Order of Merit title.

Her strong performances throughout the season included her first win in the Bossey Ladies Championship and eight further top ten finishes, building on a successful 2018 season, where she posted five top tens.

Davis, from Ferndown Golf Club in Dorset, started working with a new coach, Peter Thomson, at Parley Golf Club in Bournemouth, at the beginning of 2019, with tremendous results.

Davis will be joined on the Ladies European Tour by fellow LET Access Series graduates Lucrezia Colombotto Rosso of Italy, Laura Murray of Scotland, Laura Gomez Ruiz from Spain and Chloe Williams from Wales, in 2020. 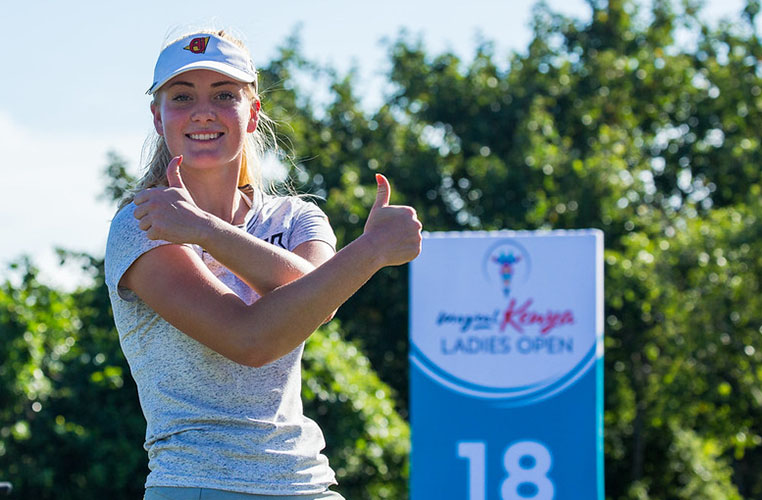 Having just missed out on a win at the 2019 season-ending Magical Kenya Ladies Open, the 18-year-old from Halmstad, Sweden, will start 2020 with a burning desire to make amends and she undoubtedly has the talent.

The 2018 Rookie of the Year, now beginning her third season on tour, has completed two part-time seasons where she was still studying for her high school exams and she can now focus her full attentions on golf.

A long-hitter who ranks second in driving distance only behind Anne Van Dam, with an average drive of 274 yards, she is growing stronger each year and led the field in both Spain and Kenya, finishing the season 20th on the order of merit.

She was leading for three rounds at Vipingo Ridge in Kenya before suffering from a bout of sickness and is getting used to being at the top of the leader boards. Her only slight weakness is her putter and if she can master it in 2020 to get over the line, many commentators, including former Solheim Cup captain Mickey Walker, believe that she can become Sweden’s next Annika Sörenstam. 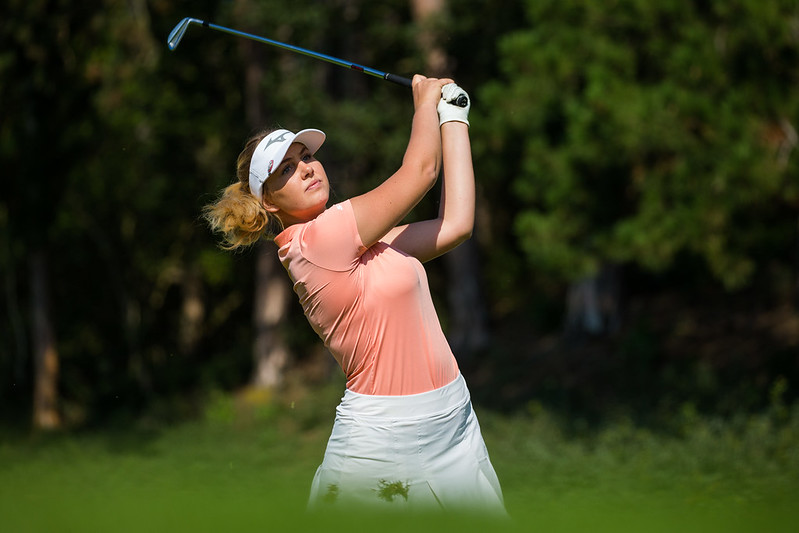 The 23-year-old from Hamburg, Germany, graduated from the LET Access Series, where she won three titles in 2015, to top the order of merit. She hasn’t won on the LET yet, but has amassed 17 top ten finishes over four seasons, with seven of those coming in 2019. Her best finish was a tie for second place in the Omega Dubai Moonlight Classic and a maiden win in 2020 will be high on her agenda.

She had four top tens in her last five starts of the 2019 season to finish seventh on the LET order of merit. Although a Ladies European Tour victory has so far eluded Cowan, we can see a first win around the corner. We wouldn’t rule her out of securing a place on Team Europe next year in Toledo, Ohio, either.

Olivia started playing golf at the age of three and her father, Andrew, is a golf coach, originally from England. Olivia is fluent in English and German but was born and raised in Germany and always played for the German National Team as an amateur. 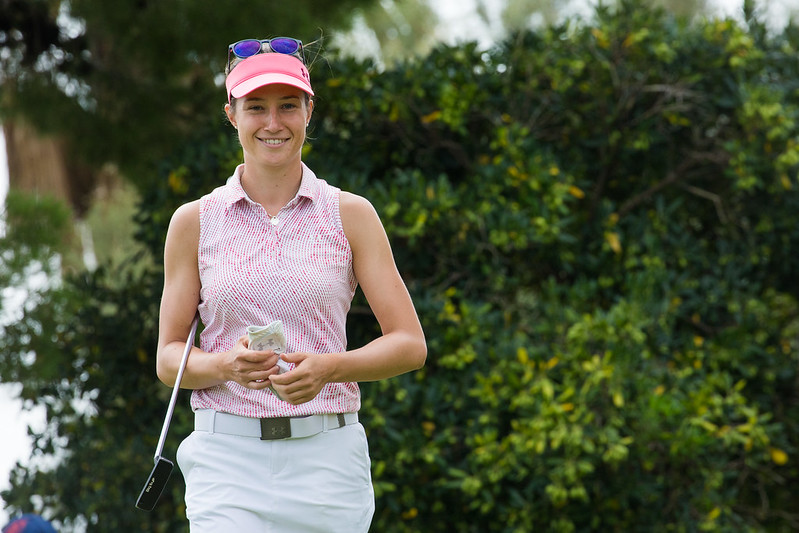 The 25-year-old from Langen, Germany, secured ninth place on the 2019 LET ranking following six top tens from 19 starts in her second season on tour.

A share of seventh in the Tipsport Czech Ladies Open was the catalyst for another stunning run of form, which included tied fifth in the Lacoste Ladies Open de France, tied fourth in the Estrella Damm Mediterranean Ladies Open, tied 12th in the Hero Women’s Indian Open and tied seventh in the Magical Kenya Ladies Open.

Laura recorded eight eagles on the Ladies European Tour in 2019 – more than any other player – and was fifth in the number of birdies made, with 178.

She seriously contended for her first title in the Estrella Damm Mediterranean Ladies Open and learned from the experience of playing with the eventual winner, Carlota Ciganda, in the final group on Sunday.