Footballers and Golfers Put on FootGolf Show – Kicking off with a Hole-in-one! 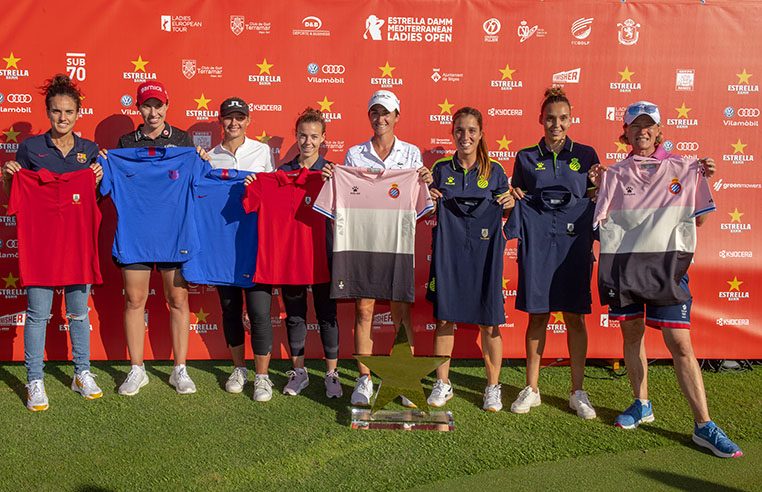 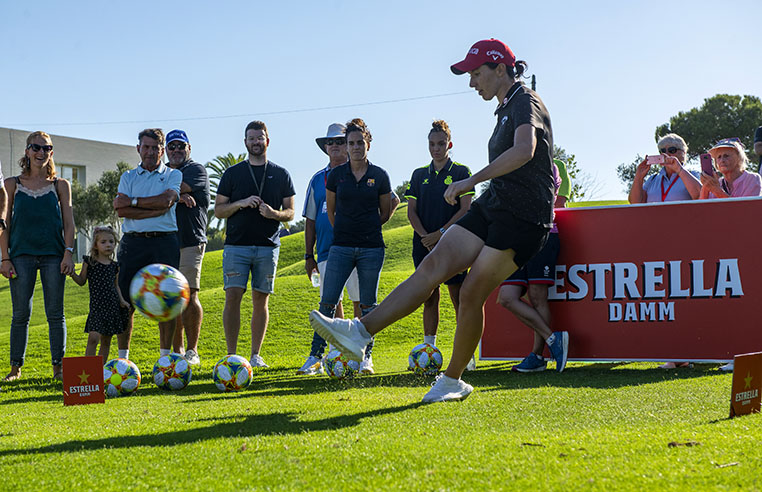 The competition gained intensity as the three planned holes were completed, ending in a tie between the competing teams, who exchanged shirts and, subsequently, knowledge, given that the soccer players tested their skills with golf clubs for the first time after the competition.

There was drama from the start when Yaiza Relea made a hole-in-one during the warm-up, kicking the ball perfectly into the hole to the admiration of the crowd.

A beaming Ciganda said that she really enjoyed it and would wear her Barcelona shirt with pride, even though she supports Athletic Bilbao, as her uncle, Jose Angel Ziganda, used to play for the team. 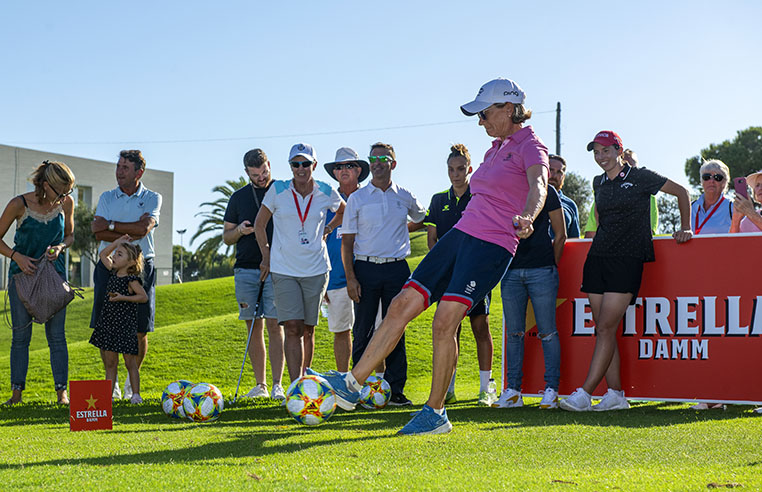