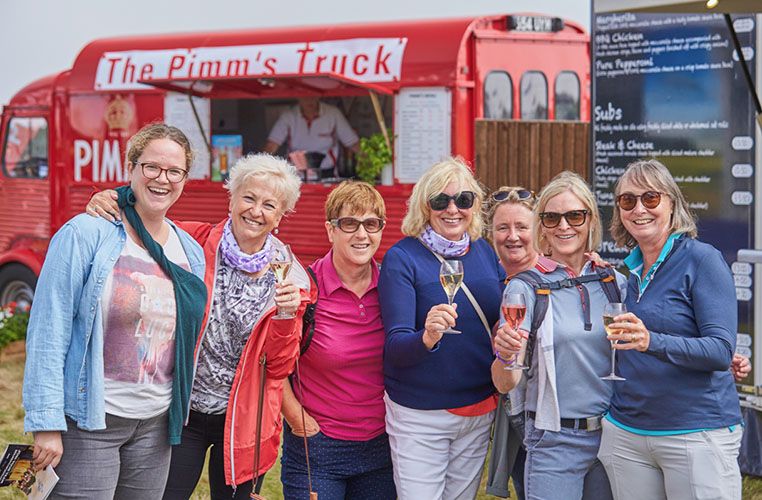 Over 20 women from three golf clubs were invited to be part of a special group on Ladies’ Day at the Aberdeen Standard Investments Scottish Ladies Open. The women had been introduced to the sport through the ‘Get into Golf’ programme, which ran at Glencorse Golf Club, Mortonhall Golf Club and Glen Golf Club. ‘Get into Golf’ is a national initiative promoted by Scottish Golf that aims to encourage more people into the sport, particularly women and girls. 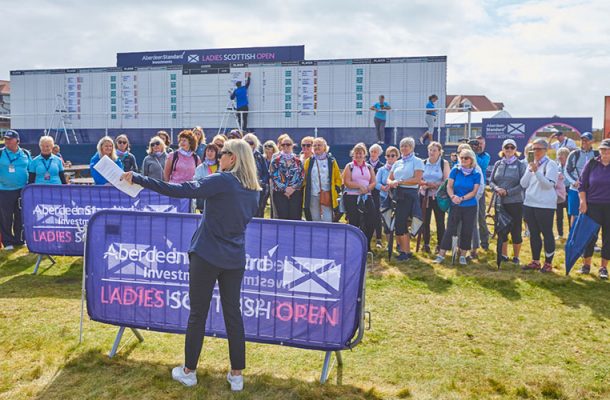 The women were welcomed to Ladies Day by popular Scottish presenter and journalist, Emma Dodds, who highlighted the many activities available throughout the day such as cocktail masterclasses, massages and the opportunity to watch Brian McFadden perform some of his songs. 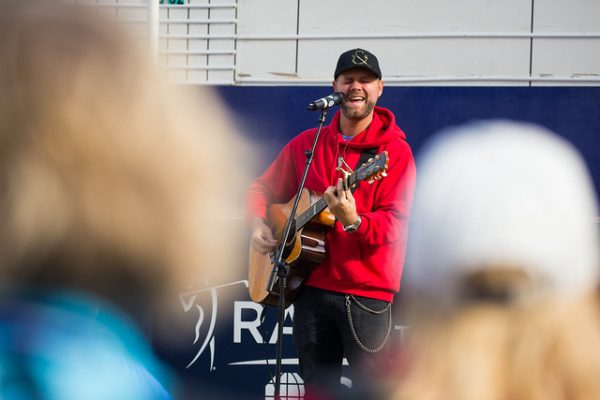 Before leaving the tented village, the women met social media influencer, Jazzy Golfer and they were able to have their photograph taken with the Solheim Cup. They also passed on their best wishes to the European Solheim Cup Team via a giant message board. The women were then treated to a guided tour led by the LET’s Development Director, Mike Round, who provided information about the different aspects of staging a professional women’s golf tournament. 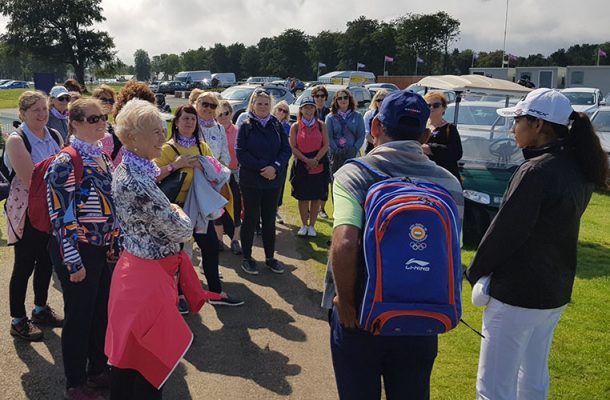 Along the way, the women bumped into Indian LET Professional, Diksha Dagar, who willingly took part in an impromptu Q&A session, and they met the on-site meteorologist, Mike McClellan, who spoke about the busy week he’d had at the Renaissance Club monitoring the weather. After having some time to spectate in glorious sunshine and take advantage of the ‘Ladies’ Day Free Drink’ offer, the women met up at the practice ground where experienced PGA Professional, Gary Nicol and his team from Archerfield Links gave them a special coaching clinic. 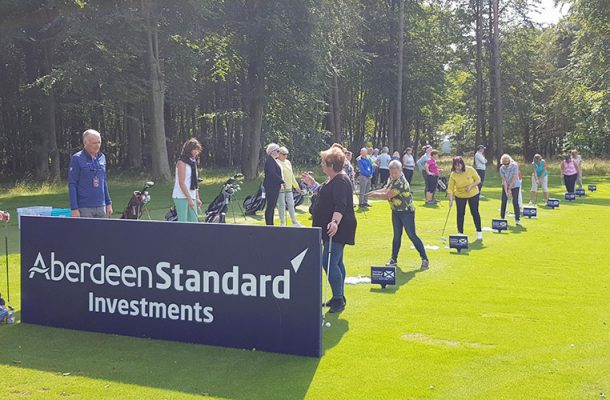 Reflecting on the day one of the women commented: “It’s been very inspiring and has made me want to keep playing.” Another said: “I’d say to any women thinking of taking up the sport: just do it!” 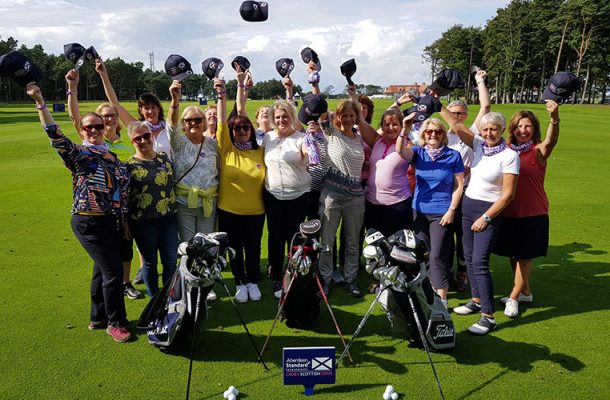