Heading into the Cauldron 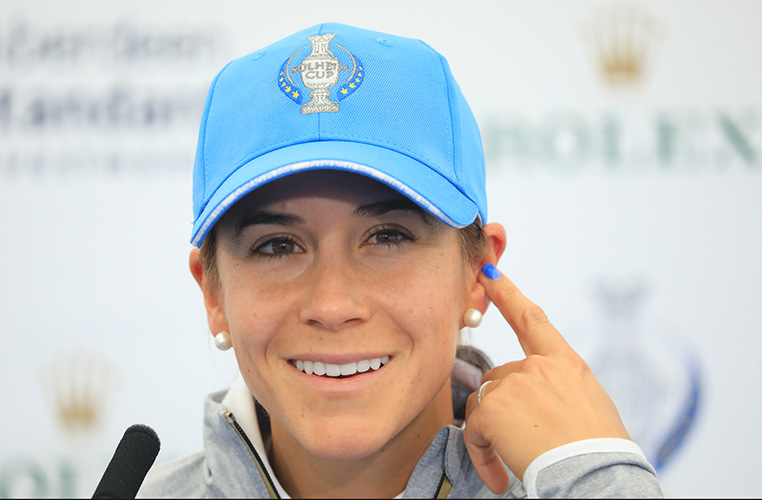 Wendy Ward, one of the US Vice-Captains this week, has no doubt about the best advice she received during her three appearances representing the United States in the Solheim Cup.

It came from her foursomes partner, Beth Daniel, at the start of her first appearance, at Interlachen Country Club in 2002, and it was short and to the point.

That is something all this year’s competitors will have to remember as they walk through the tunnel and step into the amphitheatre that surrounds the first tee on the PGA Centenary course at Gleneagles.

Come Friday morning, there will be 2,250 spectators crammed into the stands behind and to the left and right of the first tee. The noise will be deafening and the players’ sense of being in a goldfish bowl will be enhanced by the fact that for the first time in Solheim Cup history there will be no officials or VIPs hanging around on the tee.

This year the organisers have insisted even the most senior of dignitaries will view the opening action from the stands. The players and their caddies will be alone on the first tee and it will be difficult to breathe, not least for the nine rookies making their debuts in this year’s match.

This week America’s Danielle Kang momentarily showed her lack of experience playing in front of fans on this side of the Atlantic when she said she was expecting her team to receive a hostile reception on the first tee.

“I hear we will be booed, so bring it on,” said the 26-year-old who played a major role in the USA’s Solheim Cup success in Iowa two years ago. “I love rowdy crowds. I’m loud whether I’m in Nevada or in Scotland. I don’t think I will change wherever I am. I’m definitely going to embrace the first tee. I like noise and I can’t be shushed.”

Solheim Cup veterans know that it is highly unlikely the Americans will be subject to abuse on the first tee.

“I think they will get a warm welcome,” said Charley Hull. “I’ve never heard booing. Everybody is pretty fair, especially here in the Home of Golf. I feel everyone will be respectful.”

“Scottish people are very respectful,” agreed English teammate Georgia Hall. “They will treat the American players with respect, like they deserve. “And, if someone hits a good shot, I’m sure they’ll cheer for them. Yeah, I think it will be fine.”

Nevertheless, come 8.10 am on Friday, when the first foursomes match will tee off, the atmosphere will be raucous, and very different to a run-of-the mill tour event.

“I remember my first one, in 2011, you know, I was so excited, so nervous. I didn’t know what to expect,” said Spaniard Azahara Munoz. “But everybody said just embrace it. Everybody’s going to be nervous on the first tee. Just because it’s my fourth, doesn’t mean I’m not going to be nervous.

“It’s a special week, it doesn’t happen very often. So, you have to go along with it, enjoy it as much as you can, just take it all in. That’s my advice.”

And remember to breathe.