Hole-in-one and Course Record for Haglund 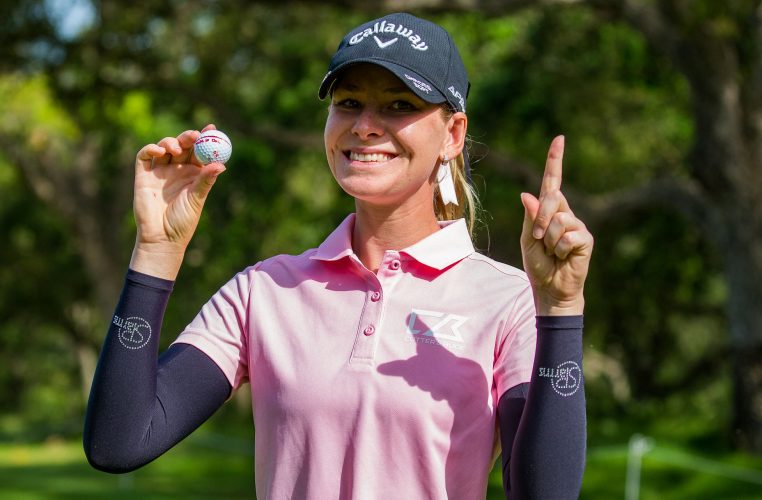 Sweden’s Jenny Haglund finished off her title defence in style by posting a course-record nine-under-par 64 on the final day at Royal Golf Dar Es Salam, which included a hole-in-one on the Blue Course’s sixth hole.

Haglund admitted that she had been ‘drained out’ after arriving in Rabat from Hawaii and having attended a number of off-course commitments in the run-up to the event as the defending champion.

However, after three consecutive opening rounds of 75, she was finally over the jet lag and said: “I’ve been a little mad the last few days with no sleep coming here and there’s been a lot of stress coming from Hawaii and then a lot of commitments, so I think I was a little drained out before going into the event and I was really frustrated and mad the first three days, honestly. Today I thought I’ll just go out there and have a different mindset and try to accept whatever happens. I got off to a good start and that helps. Today was a good day so I’m happy and I’ll take away more good memories from Morocco.”

Haglund had an eagle and seven birdies for her career best round. She went to the turn in six-under-par 31 after four birdies and a hole-in-one on the front nine and carded three more birdies on the back nine to come home in 33.

“Today was a really great day. It was just one of those days where golf is really easy. It felt like I could make birdie on every hole and it’s not often that happens. Holing out for a hole in one on top of that was really nice and to keep on going after nine and make a few more birdies coming in was really sweet.”

Describing her fifth hole-in-one, at the sixth, which Mariell Bruun aced on Friday, she said: “The pin was on the left with a downslope right in front and I decided to grip down on an eight and it hit right on the downslope and then took a few bounces and went in the cup. It was a good shot!

“My first one was in a practise round when I was 15 or 16 and I dunked it in with a 6-iron, so that was cool. I made one in college, which hit right and bounced and I couldn’t see it because it was an elevated green. I made one in our team championships in Sweden and then I made one in the 2018 Australian Open for a car.”