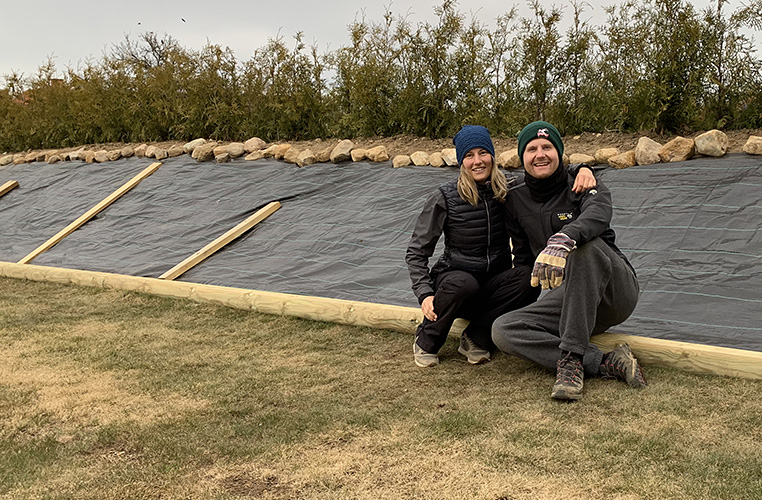 There is little chance of Johanna Gustavsson and her partner, English PGA professional Alex Wrigley, getting bored during the current forced break from tournament golf due to the Covid-19 situation.

As the occupiers of a new-build home in Vintrosa, Ӧrebro, Sweden, the pair have been using their time together to landscape the garden.

“We have dug a big flower bed next to our gravel driveway and we are going to plant bushes at the back,” said 27-year-old Johanna, who is ninth on the LET’s Race to Costa Del Sol Ranking after strong performances in the first three tournaments of the 2020 season. 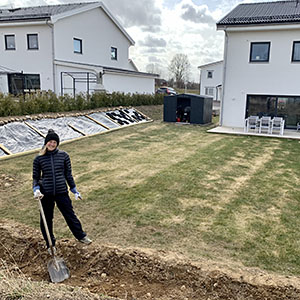 She started the year with a tie for seventh in the Geoff King Motors Australian Ladies Classic Bonville, finished equal 31st in the Women’s New South Wales Open and then tied for 16th in the Investec South African Women’s Open.

“I’ve had the ambition to finish in the top ten in a tournament for a long time now and I managed to do that in Bonville. I’ve been waiting for that for a few years now, so I’m really happy,” said Johanna, who played her first year of professional golf on the LET Access Series in 2015 and immediately graduated to the LET thanks to finishing fourth on the LETAS Order of Merit.

“I was really happy with my game at the beginning of the season, so I’ll be looking to maintain it and to be ready when the season starts again. There is still lots to achieve and now I’ve had a top ten, I would love a top five and obviously I want to win, which I think is everyone’s goal every week.” 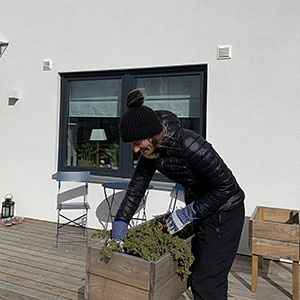 The fifth year LET member feels fortunate to have the company of her boyfriend, as both travel a lot with their respective work schedules. They met in Spain in 2014, when paired together at a PGA fourball golf competition.

“I got this place with my boyfriend a little over a year ago and it’s quite nice that we get to spend some time together, because he is not able to work either, due to the quarantine in England,” said Johanna.

“During the season, he plays on the Nordic League and he will go back and coach for a week at home in Hartlepool in between tournaments and then come back to play in Scandinavia. Because we are both away a lot, it’s nice to get some time together.

“He is also my golf coach, so it’s great to have him here.”

Johanna lives only 200 metres away from her local club, Lannalodge Golf Resort and due to the less restrictive policies in Sweden compared with the rest of Europe, she is still able to use the facilities to play and practice. 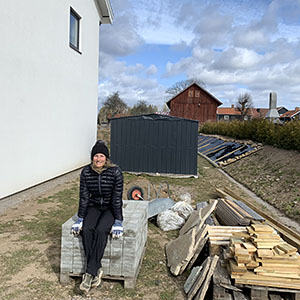 “The gym is actually the only thing that is closed, so Alex has been teaching me a bit of rugby, as he is from a family of rugby players.  We’ve also been sprinting, so I’m enjoying it.

“I’m a big fan of the Outlander books and there is a new TV series which I’m watching.

“I think I’m quite accepting of the current situation and it’s obviously important that everyone stays safe. We are making the most of it and using the time that we have productively. I had a good start to the season so I’m feeling positive about the year ahead and looking forward to when play gets under way again.”