Hot Start to Round 3 in Kenya 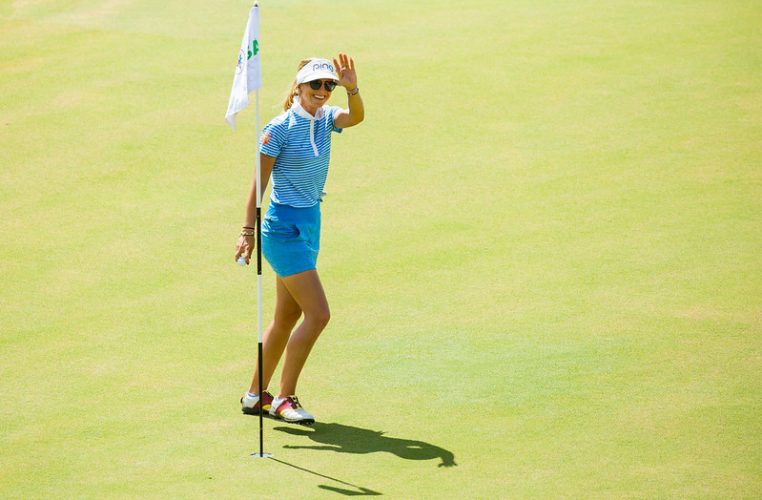 The early starters in the Magical Kenya Ladies Open presented by Safaricom’s M-Pesa have made rapid progress in the third round this morning.

Noemi Jimenez Martin from Spain made two eagles, three birdies and one bogey in a 66. The highlights were slam dunk eagles on the ninth and 15th and she also chipped in for birdie on the 11th.

Lydia Hall from Wales was six under par for the day after 17 holes, while Olivia Cowan had a 68 and there were a sprinkling of 69s from Elena Moosman, Valdis Thora Jonsdottir and Georgia Oboh.

Halfway leader Julia Engstrom birdied the first two holes to build a seven-stroke lead. The 2018 Rookie of the Year left her eagle putt from six feet in the jaws on the par 5 second and then made her next birdie on the par-5 sixth to move eight strokes clear of the leading rookie in 2019, Esther Henseleit.

That lead was cut in half, to four strokes, when Engstrom pulled her tee shot into the water on the par-3 eighth and Henseleit birdied the ninth. However, Engstrom immediately birdied the ninth to take a five stroke advantage through the turn, after going out in 34.

The temperatures are slightly cooler at 31C today, but with a few clouds and a light breeze.