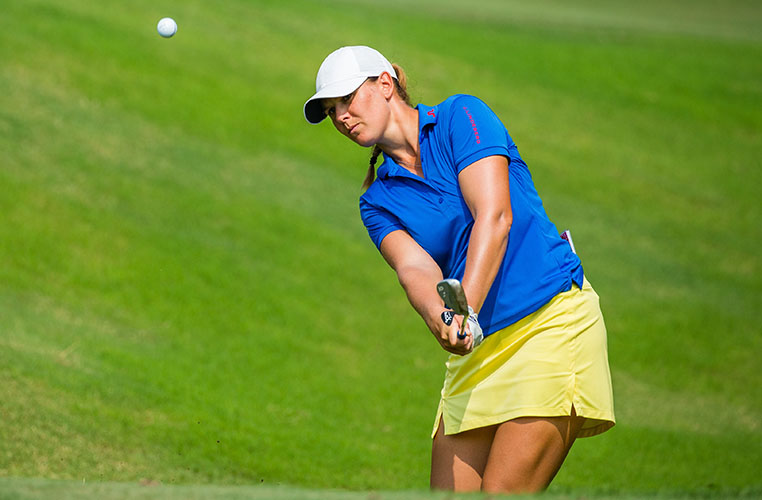 The second round of the Hero Women’s Indian Open is under way in Gurugram, where overnight co-leader Whitney Hillier has made a strong start. The Western Australian held the outright lead on six-under-par after making her first birdie of the day on the par-4 sixth hole.

Norwegian Marianne Skarpnord carded a one-under-par 71 on the Gary Player Course at DLF Golf and Country Club this morning to take the clubhouse lead on five-under-par after 36 holes.

She is one stroke ahead of Sweden’s Linda Wessberg, who also shot a 71 in the stifling heat, although a swirling breeze made conditions trickier in the late morning and early afternoon.

Lydia Hall from Wales is also in the mix after a stunning 69 containing six birdies lifted her to three-under overall.

The shot of the day so far belongs to Scotland’s Kelsey MacDonald, who made a hole-in-one at the par-3 16th using a 7-iron. It was the same club that Jyotsana Singh used to make an ace at the same hole in the first round. 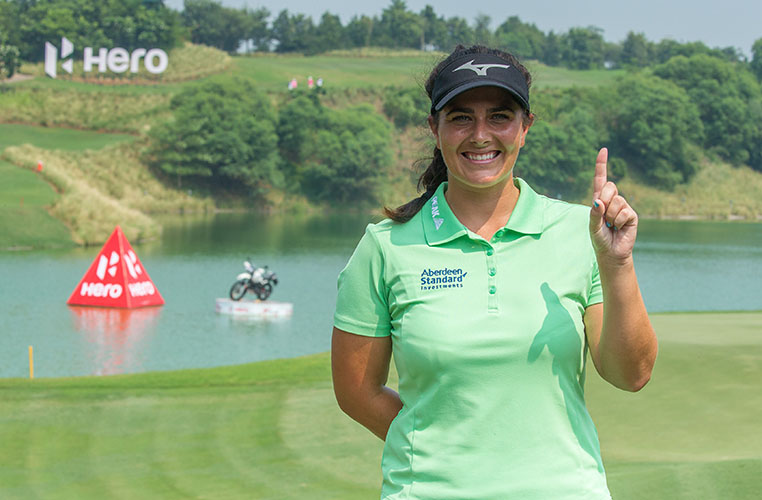