Indian players find their ground on LET in 2019 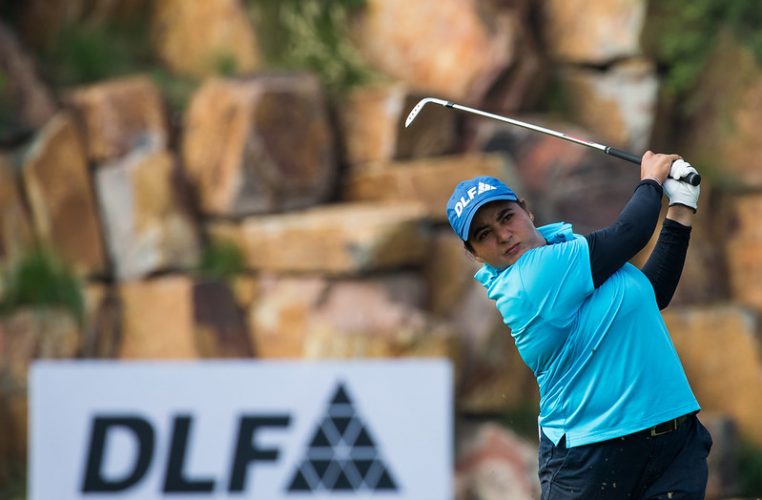 Sunday the 13th, of November 2016, will forever be etched in the memories of Indian Golf followers, for Aditi Ashok notched up a historic maiden international victory as an Indian female golfer, that too at her National Open – the Hero Women’s Indian Open.

Even before this unprecedented feat in Indian women’s golf history, Aditi Ashok had shown enough glimpses of her talent before finally breaking through on the global stage and one such incidence was, when she briefly led the field during round two of the competition at Rio Summer Olympics 2016.

And what was started by Aditi Ashok in 2016 has been given ample momentum by her compatriots in the last three years on the Ladies European Tour.

During the whole season, Indian players managed to make the cut 12 times. Gurugram based golfer Vani Kapoor made six cuts out of nine starts with a Tied 6th finish at home course during the Hero Women’s Indian Open 2017 while Aditi Ashok managed four out of seven including another win in 2017.

Season 2018 on the LET witnessed 25% increase in the number of cuts made by the Indians on LET. Five Indians – Aditi Ashok, Vani Kapoor, Amandeep Drall, Gaurika Bishnoi and Sharmila Nicollet – played for the money 15 times combined, throughout the year 2018.

Now, in the current season of LET, the figures paint a completely different and a rosy picture for Indian women’s golf.

The 2019 season on the LET has seen three Indian rookies competing in at least 10 events till date – Diksha Dagar (17 events played including the on-going Hero Women’s Indian Open 2019), Astha Madan (11) and Tvesa Malik (10).

Amandeep Drall and Vani Kapoor are playing their fifth LET event of the year this week, while Aditi Ashok has played five already.

Currently at the Hero Women’s Indian Open, six Indian pros – Amandeep Drall, Tvesa Malik, Vani Kapoor, Diksha Dagar, Gaurika Bishnoi and Astha Madan – have made it to the weekend. Thus, the Indians have been part of the weekend rounds more than 30 times, until now, on the LET’s 2019 season. That makes it more than a 100% increase already from last season on the LET for Indians, with two more events yet to be played in 2019.

The cherry on the cake, for Indian golf, is, Diksha Dagar joining the LET winners’ circle in South Africa along with a Tied 5th at Women’s NSW Open earlier this year. Aditi, in the meanwhile, has maintained her steady run on the LET with two Top 10s this year.

Amandeep Drall, too, has produced her career best international finish – Tied 18th at the Women’s NSW Open – earlier this year.

Whereas, Tied 35th at last week’s Estrella Damm Mediterranean Ladies Open in Spain is the best outing yet for Tvesa Malik and Astha Madan’s Tied 36th at Women’s NSW Open earned her the biggest LET paycheck until now.

The consistent performances by the Indians on the highly competitive Ladies European Tour are indicative of the rise of Indian golfers’ competitiveness globally. It would be interesting to see how the Indians build on to this new found ground on the International stage, even as they aim for glory at home for their National championship – the Hero Women’s Indian Open 2019 – where a record 10 Indians including four amateurs have made the cut this year.