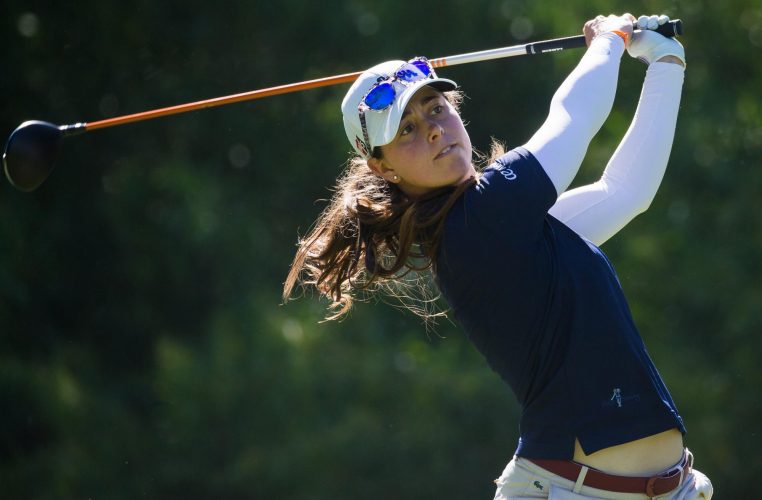 Nuria Iturrios from Spain will take a one-shot lead into the weekend at the Lalla Meryem Cup after carding a two-under-par 71 over the Blue Course on a windy day at Golf Dar Es Salam in Morocco.

Iturrios, 23, from Palma de Mallorca, made three birdies on the front nine and missed a short putt at the par-3 13th to sit at seven-under-par.

The 2016 event champion is a stroke ahead of the first round leader Lina Boqvist, with Eleanor Givens, Camilla Lennarth, Diksha Dagar and Noemi Jimenez Martin four strokes further back.

The shot of the day belonged to Norwegian Mariell Bruun, who made a fantastic hole-in-one on the sixth using a 7-iron. 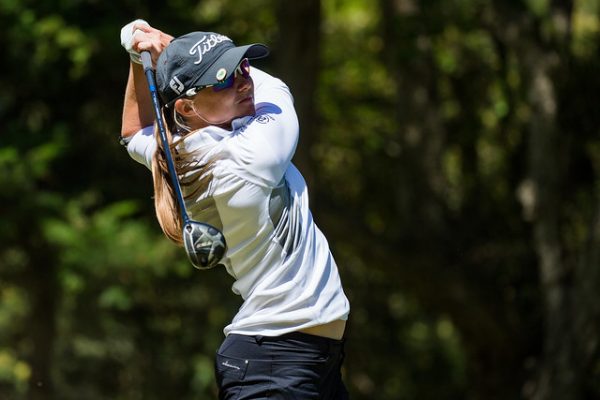 Iturrios is full of confidence as she won her second professional title on the Santander Golf Tour a fortnight ago, with a course record final round of nine-under-par 63 at Lauro Golf in Malaga.

She is also buoyed by fond memories of her sole Ladies European Tour victory at Royal Golf Dar Es Salam three years ago, when she fired a final round of seven-under-par 65 to seal the win, with her coach, Jose Luis Palacios, acting as her caddie.

He is back this week and Iturrios said: “I hit some really good shots on the front nine and I was playing so solid, hitting some low shots, so I’m happy to have my coach on the bag again. I’m just enjoying it. He can keep me so calm and that’s a good thing for me, because I get nervous sometimes, but a good nervous.”

On a day when a gusty, swirling breeze, tough pin positions and firm greens made for difficult scoring conditions, Boqvist carded a one-over-par 74, having hit just nine fairways during her round. 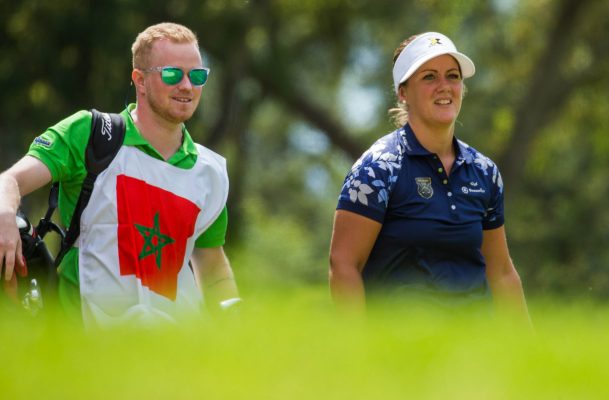 The 27-year-old Swede said: “It was a tougher wind today and I didn’t hit as many fairways as I did yesterday. My putting was quite good but I missed too many fairways. You need to be on the fairways to have chances to make birdies. It was a rollercoaster day and I’m looking forward to a new day tomorrow.”

Jimenez Martin was thrilled to be in contention for her first Ladies European Tour title, after a three-under-par 70, which was the best round of the day. It could have been even better had she not bogeyed her last hole.

The 25-year-old from Marbella said: “My long game was awesome. Yesterday it was really bad but I hung in there for one-over. I knew if I had a solid long game I could shoot low and that’s what I did. I’m so happy with the way I managed to come back and get more consistent in my long game. I did hole a few more putts today and I almost didn’t make any bogeys apart from on the last one, but it’s okay. I’m just so happy with myself. It’s time to be in the present and let the ball go to the hole the next two days.” 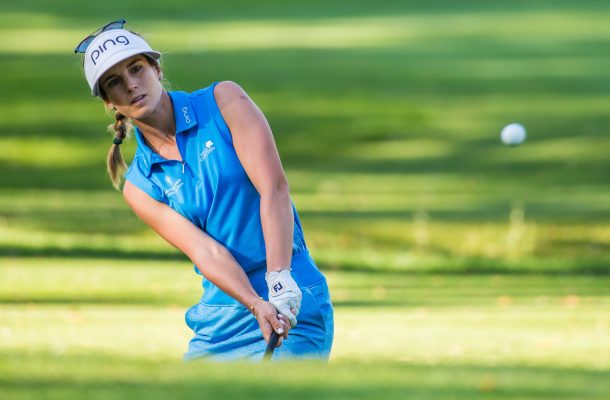 Germany’s Laura Fuenfstueck sits in seventh position on one-under-par, while Hannah Burke, Maria Hernandez and Order of Merit leader Marianne Skarpnord, who holed her second shot for eagle on the seventh, are tied for eighth on level par.

Ireland’s Leona Maguire holed her third shot for eagle on the par-5 11th in a round of two-under-par 71 to share 11th with Christine Wolf and Carly Booth on one-over after 36 holes.

Maguire said: “I didn’t see it go in. I was behind a tree on 11 and had to cut a little wedge around it. I hit a nice shot which went up over the slope and all the guys were clapping up around the green. None of us saw it go in but I got up there and it was in the hole, so it was a nice bonus to start the day.” 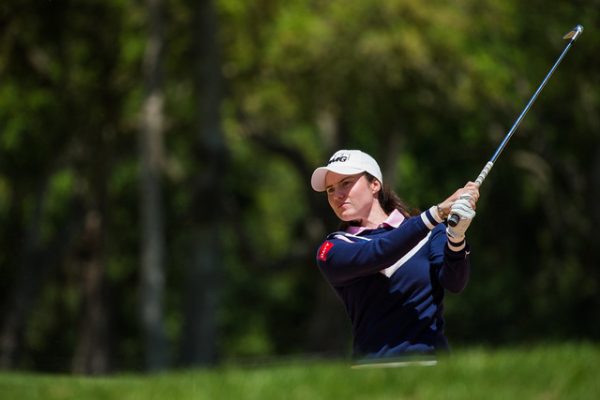 “It’s not an easy golf course and you don’t have to do a lot wrong to rack up quite a few bogeys. I didn’t play the par 5s well yesterday so I was trying to play them better today. I did that for the most part and the eagle obviously helped. Some of the pin positions are not easy if you’re on the wrong side of the slopes and the greens are really firm, especially downwind. I seemed to put myself in a few better spots today and still threw away a few shots but it was nice to be under par today.

“Anything can happen on this golf course. You can get on a run. I got on a run and birdied holes one, two and four. You can pick up shots quickly and you can drop shots quickly: it’s that kind of golf course. I don’t think it’s a course where you can go chasing a score. I think you could end up getting burnt quickly. I’ll try to put in two more solid under par rounds and see where it leaves me.”

The breeze is expected to decrease on Saturday as warmer weather filters into the area for the weekend.