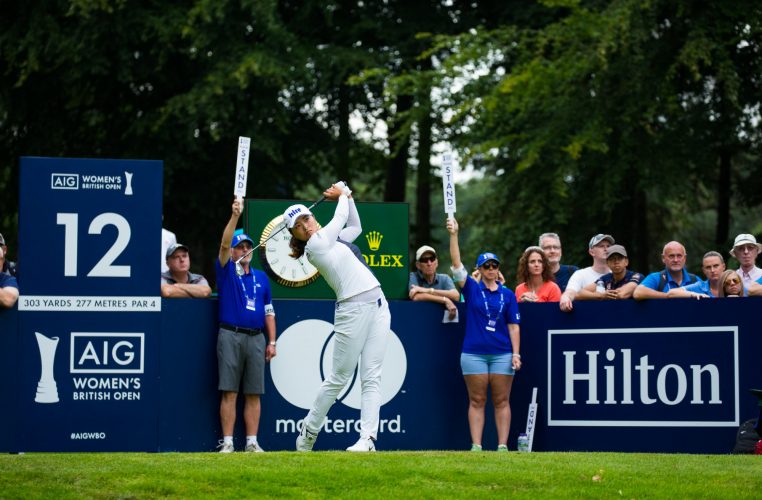 Jin Young Ko, of the Republic of Korea, has won the 2019 Rolex ANNIKA Major Award (RAMA), which recognises the player who has the most outstanding record in all five major championships.

Rolex Rankings No. 1 Ko received the honour thanks to her wins at the ANA Inspiration and The Evian Championship – her first two career major championship victories – and an impressive third-place finish at the AIG Women’s British Open on Sunday.

“I’m happy, just honoured and very happy to win this award,” said Ko, who follows in the footsteps of her compatriots Park and Ryu as a RAMA winner. “I will keep that (RAMA) trophy in my room! Annika is just a legend. When I grew up playing golf, I watched always Annika and Se Ri (Pak). This is amazing! Now I’m looking forward to next year at the majors. Who knows if I can win three or four majors in one year? Nobody knows, so I will try.”

Points for the Rolex ANNIKA Major Award are awarded at all five major championships to competitors who finish among the top 10 and ties. To take home the award, a player must also win at least one of the five majors. Jeongeun Lee6 (U.S. Women’s Open Championship), Hannah Green (KPMG Women’s PGA Championship) and Hinako Shibuno (AIG Women’s British Open) were the other players to qualify this season.

Heading into the AIG Women’s British Open, the final LPGA major of the year, only RAMA standings leader Ko (with 120 points), Lee6 (70) and Green (60) were still in the running for the 2019 Rolex ANNIKA Major Award, but Ko was firmly in the driver’s seat. Green’s bid faltered early when the Australian opened with a 1-over 73, effectively leaving Ko and Lee6 to vie for the award over the last three rounds at Woburn Golf Club. Both players were in contention for the AIG Women’s British Open with just nine holes to play on Sunday but Lee6’s challenge ended with a double-bogey at the 12th and she wound up in a tie for ninth place.

Ko has produced remarkably consistent form on the 2019 LPGA Tour, winning three times and recording six other top-10 finishes. Her three victories (Bank of Hope Founders Cup, ANA Inspiration and The Evian Championship) are the most by a single player on Tour this season and she leads the Tour in official money, the Race to the CME Globe, scoring average and greens in regulation.

With her third win of the season at The Evian Championship last week, Ko moved back to No. 1 in the Rolex Women’s World Golf Rankings, a spot she held for 12 weeks during April, May and June of this year. She is the fifth player from the Republic of Korea to reach the No. 1 spot in the Rolex Rankings.

“I’m happy, I played well today,” said Ko. “I felt I can win again today and this week, because I know about the winning feeling because I felt it last week. My feeling was, ‘Yeah, I can do it.’ I was really positive. So a little bit pressure to me. I wanted to try to get the ANNIKA Award. That’s why I played last week and this week.”

Ko clinched her first LPGA Tour victory as a non-member at the 2017 LPGA KEB Hana Bank Championship, a breakthrough that earned her LPGA Membership for the 2018 season. She then began her LPGA Tour career in style, triumphing at February’s ISPS Handa Women’s Australian Open to become a Rolex First-Time Winner and only the second player ever to win in her debut event, emulating Beverly Hanson (1951 Eastern Open). Ko went on to record 12 other top-10 finishes in 2018 and clinched Louise Suggs Rolex Rookie of the Year honours with four events remaining in the season.

This year, Ko has been even more impressive. She claimed her third LPGA Tour title at the Bank of Hope Founders Cup in March before landing her first major crown at the ANA Inspiration the following month with a commanding three-stroke victory. Major number two came at The Evian Championship last week where Ko came from four strokes back after 54 holes with a composed display to win by two shots.