Leona Maguire Shoots the Lights Out in Dubai 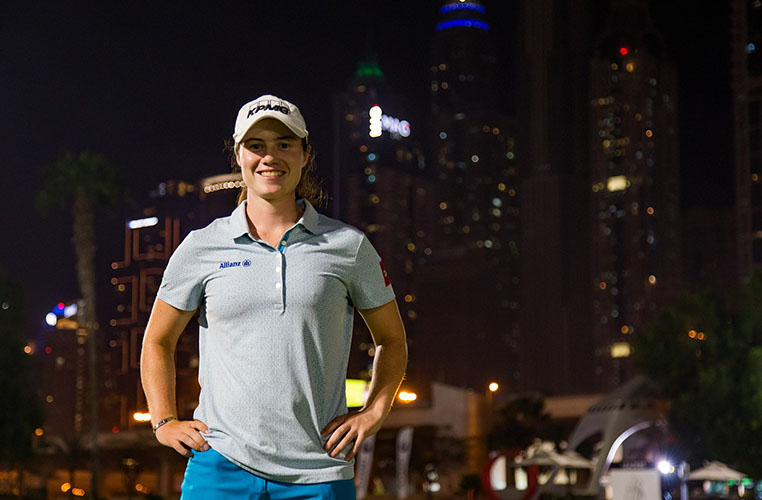 Ladies European Tour rookie Leona Maguire from Ireland shot a course record eight-under-par 64 in round one of the Omega Dubai Moonlight Classic on Wednesday: the world’s first professional day-night golf tournament, played on the Faldo Course at Emirates Golf Club, where course designer Sir Nick Faldo made floodlights an integral part of the design.

Maguire carded nine birdies and one bogey, completing her evening round by making a 25-foot birdie putt on the 18th hole under the LED lights set against the glittering Dubai Marina skyline.

“I guess I just need to play at 3 o’clock and then in darkness: that’s the way to go for me,” said Maguire, who spent 135 weeks at the top of the Women’s World Amateur Golf Ranking before she turned professional in June.

“I nearly had a hole-in-one at the eighth with my 7-iron. I was two inches short of winning an Omega watch, and it’s always nice when you hole those kind of shots. It was a real mix of nice putts and tap-ins, which makes it that little bit easier.” 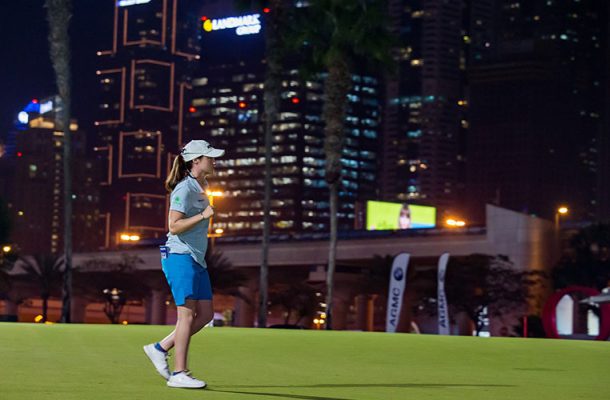 When asked about playing under the lights for half of her round, the 24-year-old from Cavan said: “I adjusted quite quickly, actually. It was a lot better than I thought. The lights went on when we were on 13 and 14, which were a little tricky and then I played the last four holes really nicely. It seems like night golf suits me. I thought it was great. I can’t really complain. A course record, eight-under-par and I was lucky that we had a good group as well. We had a lot of fun and I really enjoyed it.

“The 25 footer on 18 was probably the longest putt of the day. I holed long putts for par on one and two and I holed a nice birdie putt on the par 5 third, where I hit it past the pin and there was a lot of break, four or five feet of break, and it snaked in, which got me going. 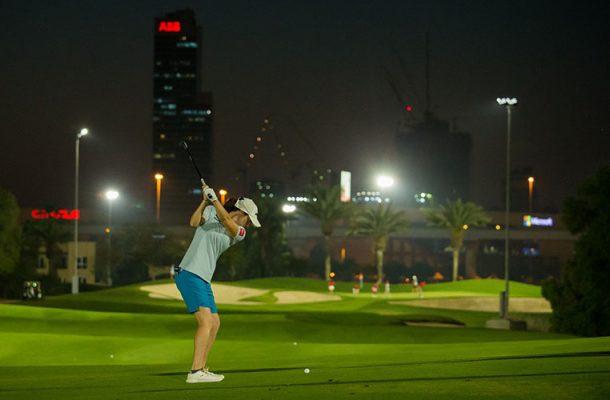 Cowan, 23, from Hamburg, (below) sits in second position on six-under-par after a bogey-free 66. She said: “I started off really well and had four birdies in a row in my first five holes. I’m really happy with today. It’s a good score and it was really weird coming in in the dark. It’s a thing that you need to get used to, but it was fun.

“I actually played a birdie during that time, but it is hard judging your distances. I thought pitching was difficult but it’s a really cool thing and I’m glad that we have this event. I holed a lot of putts, a few long putts, so I think that was my strength.” 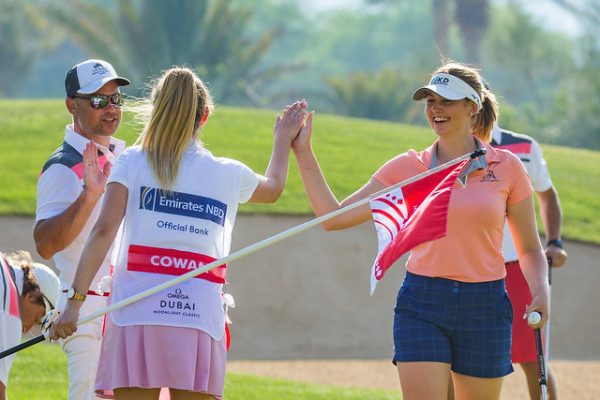 The new LET No.1, Nuria Iturrios, from Spain, who won her second Lalla Meryem Cup title in four years on Sunday, is a stroke further back in third place, while Carly Booth, Caroline Hedwall and Karolin Lampert are tied for fourth.

Kylie Henry, Sarah Kemp, Marianne Skarpord and Esther Henseleit are tied for seventh on three-under-par and the fair-skinned Henry, who played in the morning, said that she was looking forward to trying night-golf in the second round.

“I’m excited. For me especially, I’ll be glad I don’t need to keep re-applying sun cream once it gets dark, so that will be good,” said Henry.

Kemp also felt that some adjustments might be needed for Thursday.

“I’ve never played in the dark before and my eyes aren’t that great. I have some glasses and I’m hoping that no-one’s going to take any photos of me in my glasses,” she said. “I might have to take them out. It might be interesting, but it’s going to be fun. I’ve never done it before.”