LET members ready to tee off in Evian Championship 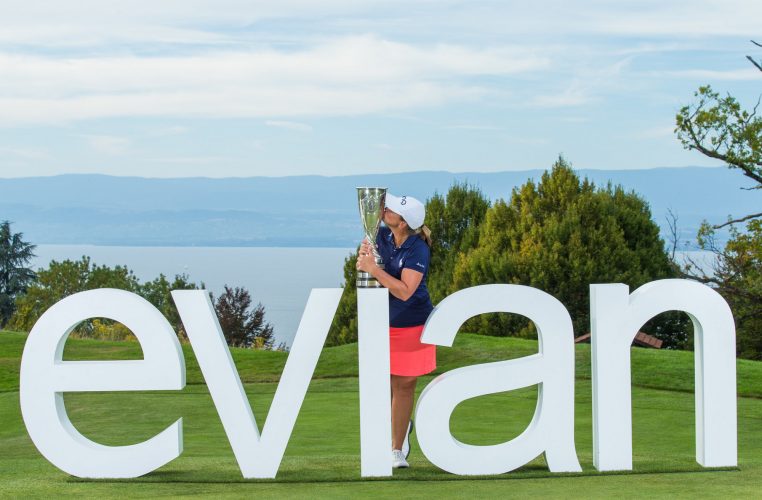 The Evian Championship, the fourth of five women’s majors in 2019, tees off on Thursday at the Evian Resort Golf Club in Evian-les-Bains, France. The field comprises 120 of the world’s leading players from 24 nations, including the defending champion, Angela Stanford.

As the tournament makes its big summer comeback, returning to July, there is an incredible spectacle in store With an increased prize purse, now $4,100,000, and a winner’s cheque of $615,000, the tournament has attracted all of the top international players.

The tournament has never seemed so open and all three of the grand slam winners so far this year had never previously won a major title. South Korean pair Jeongeun Lee6 and Ko Jin-Young (LPGA Tour Rookie of the Year 2018), who won the ANA Inspiration and the US Open respectively, were joined in the winner’s circle by Australian Hannah Green, who took the KPMG Women’s PGA Championship a month ago in Minnesota.

Sung Hyun Park, who, along with Brooke Henderson, is one of only two players to have won twice on the LPGA this year, finished second at the KPMG Women’s PGA Championship a few weeks ago to return to the World No 1 spot. American Lexi Thompson, who earned third place at the ANA Inspiration and was the runner-up at the US Open, seems to be one of the most in-form players at the moment and possibly best equipped to succeed her compatriot Angela Stanford, but Nelly Korda is also in a rich vein of form. Eyes will also be on Inbee Park who is always close to the top spot and won the Evian Masters in 2012. If she won the tournament, she would achieve the Super Career Grand Slam.

Less than two months before the Solheim Cup in Scotland, Europe’s strongest players could launch a late bid for qualification. The Ladies European Tour order of merit leader, Spain’s Nuria Iturrioz, is a three-time winner this season with her two LET wins coming at the Lalla Meryem Cup and Dubai Moonlight Classic.

German rookie Esther Henseleit, second on the order of merit, is another Team Europe prospect who has racked up seven top 10 finishes including three second places (Dubai, Spain and Thailand) from eight tournaments played so far this season.

Third ranked Marianne Skarpnord, from Norway, won the Australian Ladies Classic – Bonville and is looking for a first major and Solheim Cup appearance.

Fourth ranked Meghan MacLaren, who claimed her second Women’s New South Wales Open title this year, was third in the Jabra Ladies Open played at the Evian Resort, which doubled as the European Evian qualifier when the course was set up to the same length as for the championship.

Fifth ranked Caroline Hedwall is also second on the European Solheim Cup rankings and looking to consolidate her position, with LET Solheim Cup points earned for top 20 finishes in the majors.

Meanwhile, India’s rising star Diksha Dagar, who is eighth on the order of merit after her maiden win in the South African Women’s Open in March, could overtake Henseleit on the Rookie of the Year Rankings this week – and also has the chance to become India’s first woman to win a major.

England’s Annabel Dimmock demonstrated her prowess on the Evian Resort Golf Course when she won the Jabra Ladies Open two months ago to qualify, along with the young French amateur, Pauline Roussin-Bouchard.

French star Céline Boutier (ranked 70th in the world) will also have her eye on the prize. By claiming her first title on the US tour at the start of the season, before almost pulling off a feat at the US Women’s Open early June, the French player now plays in a different league and know she is perfectly capable of being on top of the world. The French camp also includes Céline Herbin, winner at the new La Reserva de Sotogrande Invitational in Spain earlier this season.

As well as the experienced competitors, the tournament board promotes the emergence of the champions of tomorrow through four wildcards, which this year were awarded to players with an average age of 20: Yealimi Noh (17, USA), Maria Fassi (21, Mexico), Julie McCarthy (20, Ireland) and Albane Valenzuela (22, am, Switzerland).

The Evian Championship gets under way at 7am on Thursday, with a cut to the leading 70 players and ties after 36 holes.