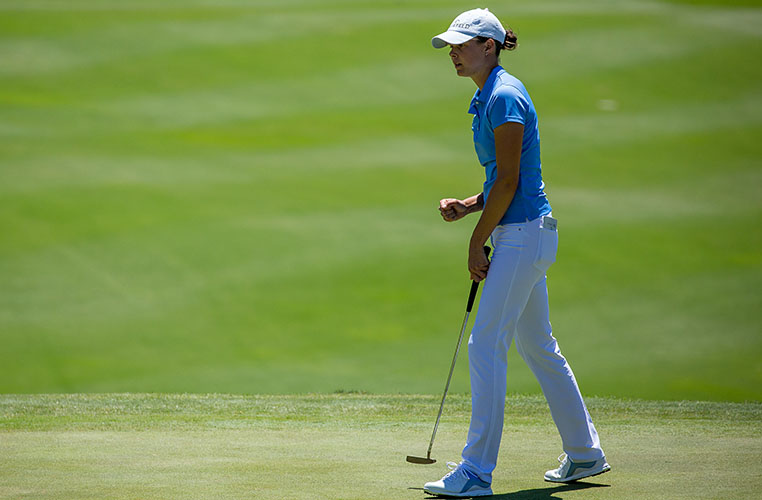 The Ladies European Tour members in the 74th U.S. Women’s Open Championship conducted by the USGA at the Country Club of Charleston in South Carolina this week will be relishing their opportunity to win the second major of the 2019 season.

Aside from the trophy, $1 million winner’s cheque and Rolex Women’s World Rankings points on offer,  European Solheim Cup points will be awarded for top 20 finishes and this could have a major impact on both the LET Points List and World Rankings, with 80 points awarded to the winner.

Tee times, live scoring and streaming will be available at usga.org. 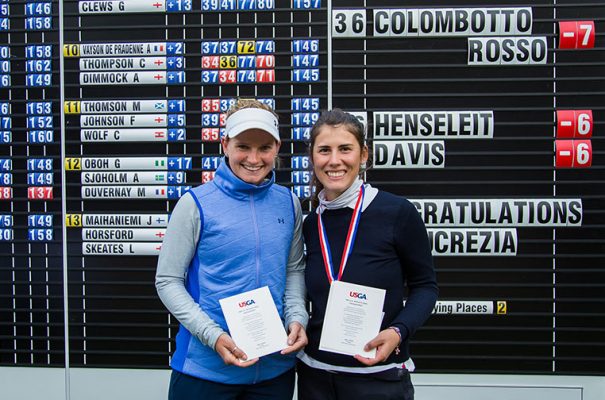 Hayley Davis of England and Lucrezia Colombotto Rosso of Italy who came through the US Women’s Open Sectional Qualifier – Europe at Buckinghamshire Golf Club in England (LET headquarters) to qualify for their first major.

The top 24 Rolex Ranking players are in the field this week at the U.S. Women’s Open, and four of them have a mathematical chance to overtake Rolex Rankings World No. 1 Jin Young Ko:

REVERSE REDAN HOLE IS A HOT TOPIC AT USWO

A major talking point ahead of Thursday’s opening round at the Country Club of Charleston has been the iconic par-3 11th, a reverse Redan hole which is dramatic in its setting and already has most of the players thinking about damage limitation here: somehow eke out a par and move on. With a false front of about 25 yards, the elevated green slopes from front left to back right and two very deep bunkers guard either side of the putting complex.

“It’s kind of the hole where, okay, you accept bogey,” said Morgan Pressel, who at age 12 in 2001 became the then-youngest player to qualify for the U.S. Women’s Open. “If it happens, give yourself a good look at par, and I think that’s probably everybody’s strategy going into the week. Being aggressive doesn’t really help you on that hole. I hit a lot of shots from the right bunker. I’d say missing right is probably better than left. Going long is better than short. It’s kind of weird to think about missing a green on a par 3, where you have your best opportunity to make an up and down, but you definitely need a different mindset going into that hole.”

The 11th hole is course designer Seth Raynor’s version of the original Redan hole, the par-3 15th at North Berwick in Scotland. Sam Snead once ping-ponged his way to an ugly 13 on the 11th while Ben Hogan suggested that the green should be blown up after he ran up a bogey here.

“When I got to No. 11, I thought, ‘Wow, this is the biggest hill on this golf course!’ I was trying to figure out if that was a green or just a big hill,” said 2008 and 2013 U.S. Women’s Open champion Inbee Park. “You don’t want to be short of that hill off the tee. I’m kind of hitting like a low iron or a hybrid into the green, and it’s going to be definitely a tough green to hit all week. You don’t want to be to the left side. You don’t want to be in that (left) bunker. It’s far, and it’s a very high bunker shot.”