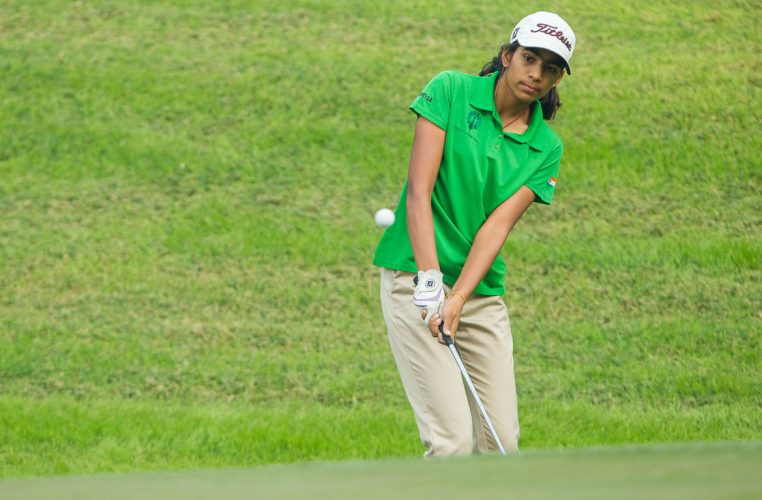 The Ladies European Tour will celebrate the tenth anniversary of its regular Hero Women’s Indian Open in India in 2019. The event took off in 2007, but joined the LET only in 2010. The results have come fast and this week no less than seven Indian women golfers, will tee up at the Final Stage of the LET’s Lalla Aicha Tour School in Marrakesh, Morocco.

No one will ever dispute that women’s professional golf in India, which is barely in its teens, is still in its nascent stages. Yet, it has made rapid strides and grown way faster than expected.

India has had a regular international tournament for just 11 years and the Ladies European Tour will celebrate its 10th anniversary in India in 2019. The local Tour is just about reaching a decade of existence and the number of active professional players is still well under 30.

Yet this week, when the Final Stage tees off at the two courses at Amelkis Golf Club in Marrakesh, Morocco, there will be no less than seven Indians among the 116 starters.

Two of the seven, Sharmila Nicollet and Vani Kapoor, who have held full playing rights on the LET, will have a direct entry into the Final Stage. The other five have come through the two Pre-Qualifiers, held in Morocco in November and last week.

Rookie pro, Ridhima Dilawari, who has already won once in her three starts on the Hero Women’s Pro Tour in India and also finished T-20 at the Hero Women’s Indian Open, came through as T-13 in the Pre-Qualifier in November.

Over the past week, four other Indians, have also made the final stage. Amateur Diksha Dagar, who suffers from an hearing impairment, was the best as she finished tied-third which included a card of eight-under 64 on the third day. Other qualifiers include Tvesa Malik, who has won four times on the domestic Indian circuit, and also leads the Hero Order of Merit at home. Tvesa was Tied-fifth, while another rookie Astha Madan was Tied-22nd and Saaniya Sharma, making a comeback from an injury squeezed in as the last qualifier from Pre-Qualifier by taking Tied-36th place.

Barring Saaniya, all others are aged under 30 and the youngest, Dagar, will turn 18 this week on December 14. So, there is a lot that Indian women’s golf can look forward to. Dagar, who won a silver medal in the individual event at the Deaflympics in 2017, also played the 2018 Asian Games, as did Ridhima Dilawari, who has also played US College golf. Dagar has also won a title on the pro, while still being an amateur.

The Hero Women’s Indian Open, which started in 2007, but joined the LET in 2010 – the year that the legendary Laura Davies won the title – has been one of the major factors. It has given the less experienced Indian girls a chance to play alongside the best from Europe. In 2010, the event made a major move by getting onto the Ladies European Tour with Hero MotoCorp as the new title sponsor, while DLF stayed on as the venue and a big supporter.

The Hero Women’s Indian Open has been a catalyst for growth and Aditi Ashok played regularly throughout her teenage years before winning the LET’s Lalla Aicha Tour School in Marrakesh in 2015, aged 17.

She is, to date, the only Indian to have won on the LET, having broken through with two back-to-back wins in her rookie season as a pro in 2016, at the Hero Women’s Indian Open and Qatar Ladies Open, adding another in 2017, at the Fatima Bint Mubarak Ladies Open in Abu Dhabi.

The increase in purse at the Hero Women’s Indian Open led to stronger fields and greater awareness. That put alongside the growth of a domestic circuit, led to more young golfers turning pro.

Smriti Mehra, a trailblazer in Indian women’s golf, who played the LPGA more than a decade and a half ago and was one of the longest hitters in the game, was followed by a long wait, before Sharmila Nicollet emerged as the next big talent. She was overtaken by Aditi Ashok, who has now played at the Majors and the 2016 Olympic Games.

The presence of the above also created role models for youngsters and many of them have either put college on hold or have turned pro soon after.

There may be just 25-30 active professionals, but the fact that seven to eight have shown potential to play at the highest levels indicates a lot of potential.

The President of the Women’s Golf Association of India, Mrs. Kavita Singh, and the Secretary General, Mrs. Champika Sayal, have been the driving forces behind women’s golf. Also, they have been backed fully by Mr. Pawan Munjal, Chairman, CEO and Managing Director of Hero MotoCorp. The combined effort has taken Indian women’s golf to a new level.

One cannot help feeling that even five years ago, it would have been hard to imagine seven Indian women at the Final Stage of the Ladies European Tour Qualifying School.

With more and more youngsters taking to the sport, it is only going to grow and who knows a Major win may not be too far.

After all, dreams do come true. It was one such dream and belief that pushed Mrs Singh, Mrs Sayal and Mr Munjal to take Indian women’s golf to this level.

The Qualifying School is held over two stages, pre-qualifying and final qualifying. Pre-Qualifying in 2018 was held at in Morocco (2 events) and Cambodia. This is to be followed by the Final Stage in Marrakesh, Morocco from Dec 16-20, 2018.

A player, unless they get entry into Final Stage, plays 162 holes (72 holes, 4 rounds in pre-qualifiers plus 90 holes, 5 rounds in Final stage) in order to get their card. The Top-25 get playing rights.

To be held over two courses and five rounds. Players will play two rounds each at Palm Golf Club and Amelkis Golf Club, Marrakesh from December 16-20. The fifth and final round will be held at Amelkis Golf Club. The field of 116 comprises:

Total players and Indians in Final Stage of LET Q-School:

Outside Top-25  who make the cut to play the final day: Category 9b