As participation in sport and physical activity by European citizens is stagnating, and in some countries, even declining, the European Week of Sport was launched in 2015 by the European Commission to promote sport and physical activity across Europe. This was in response to the finding that 59% of Europeans never or seldom exercise or play sport. As the initiative proved to be so successful, it will take place again in 2016 from 10th-17th September. The overarching campaign theme is #BeActive and the aim is to get Europeans moving. Many major sports organisations will be helping to profile the campaign including Golf Europe, which brings together the Ladies European Tour (LET), the European Tour, the R&A, the PGAs of Europe and the European Golf Association.

In response to this European Commission initiative, Christine Wolf, Fabienne In-Albon, Rosie Davies and Camilla Lennarth have been recruited as LET European Week of Sport Ambassadors to help to promote the benefits of an active lifestyle through the LET events and communication channels. In addition to their golf, all four players are actively involved in activities ranging from tennis and swimming to mountain biking and rock climbing. They will be encouraging spectators and followers of the LET to take part in sporting activities during the European Week of Sport in the hope that this will inspire them to become active on a regular basis.

According to Ladies European Tour Rookie professional Rosie Davies from England: “Sport offers many benefits to individuals as it’s relaxing, improves fitness, improves health and is fun. It also benefits society as a whole as it reduces health costs and makes people more productive. The European Week of Sport will raise awareness about the positive impact of healthy lifestyles and will give people ideas about how to #BeActive.” 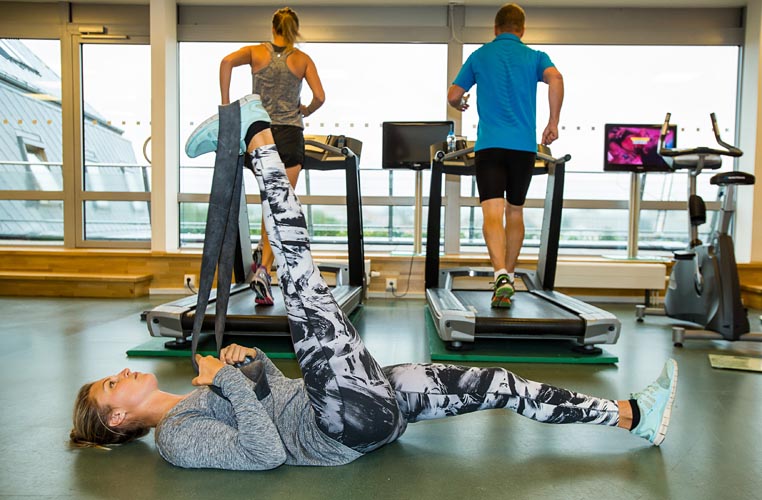 For fifth year professional Camilla Lennarth from Sweden (above), sport and fitness is an inherent part of her lifestyle and she commented: “Doing sport gives me so many benefits. It improves my health, I feel strong, it relaxes me and I feel mentally stronger thanks to this and can improve my performance. That’s why I should to be active and participate in the #BeActive campaign.”

Olympic prospect Christine Wolf from Austria echoed those sentiments when she said: “I support the #BeActive campaign because I know the energy I get from activate myself and being healthy will get me towards my goals.”

Fabienne In-Albon, who hopes to represent Switzerland in the Olympic Games in August, commented: “Being out in the nature and running, or doing any kind of outdoor sports, puts me in a good mood and motivates me to perform and stay healthy. With this campaign I like to encourage other people to do the same.”

More information about the European Week of Sport can be found at http://ec.europa.eu/sport/week