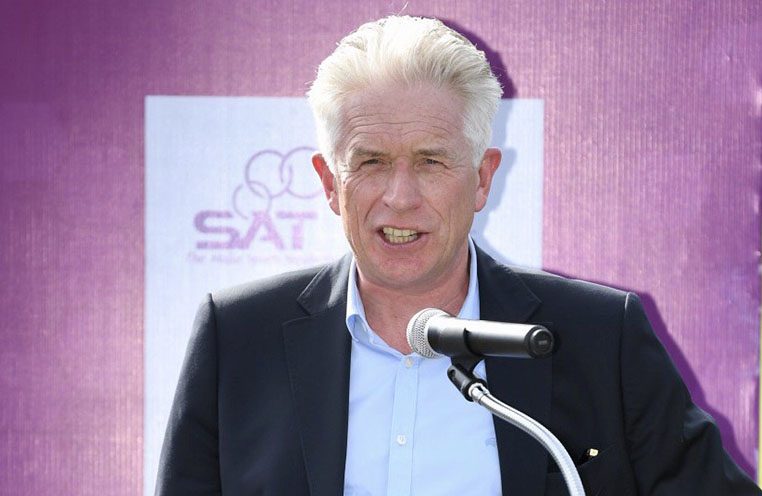 Ladies European Tour CEO Mark Lichtenhein expressed his confidence that the third edition of the LET Thailand Championship will be another success story after the past two editions provided a huge boost for Thai women’s golf.

Scheduled at the Phoenix Gold Golf and Country Club from June 20-23 in Pattaya,  Chonburi, the Ladies European Thailand Championship is supported by the Sports Authority of Thailand, the National Sports Development Fund, Phoenix Gold Golf and Country Club and Wangson Image Company Limited. The tournament is co-sanctioned by the Ladies European Tour (LET) and Thai Ladies Professional Golf Association (Thai LPGA) and offers total prize money of 300,000 Euros (approximately Bt11 million).  It will be contested over 72 holes of stroke play and the top 60 players from a field of 126, after 36 holes, will proceed to the weekend.

Lichtenhein commented:  “We can hardly wait to return to Pattaya, which is the host town of the two previous championships and we hope that this tournament will play a significant role in developing golf in Thailand.

“We’ve witnessed Thai players earning victories in the past two editions and the trophy may fall into the hands of a local player again this year. It’s a great achievement for us to see this tournament continue to grow. We have contributed our support in every aspect to make Thai golf and golfers develop and improve their standard to a higher level. I would like to invite each and every one of you to join us and support the third edition of this LET Thailand Championship.”

The press conference of the Ladies European Thailand Championship which take place at the Phoenix Gold Golf and Country Club in Pattaya between 11am-12pm on June 4.

LIVE TV Broadcasting will be on True Sport HD 3 on True Visions from 13:00-16:00hrs on Saturday, 22 and Sunday, 23 June. Admission tickets for spectators are available at Ticket Booth near the public entrance at the golf club at 100THB/person/day on 20-23 June. Free admission for spectators aged under 18 and over 60. Gates open at 08:00hrs daily.