MacLaren and Hillier in Pole Position 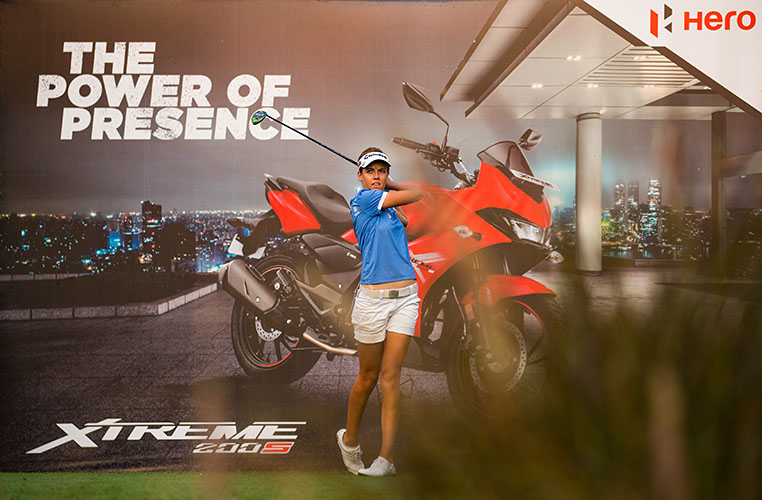 Meghan MacLaren and Whitney Hillier fired a pair of 67s to share the lead after a scorching opening round at the Hero Women’s Indian Open on Thursday, as temperatures reached 35C in Gurugram.

MacLaren was the first woman to post her total on the challenging Gary Player Course at DLF Golf and Country Club. Starting at the 10th tee at 6.45am, she went out with four birdies in 32, before playing the front nine in 35, mixing four birdies with three bogeys.

Hillier, who started 10 minutes later, joined MacLaren at the summit after a bogey-free 67. She played the back nine in 34 and came in with 33 on the front nine.

MacLaren, 25, from Northants, England, missed the Indian Open last year, but tied for ninth in the 2017 event and feels it suits her strategic game. 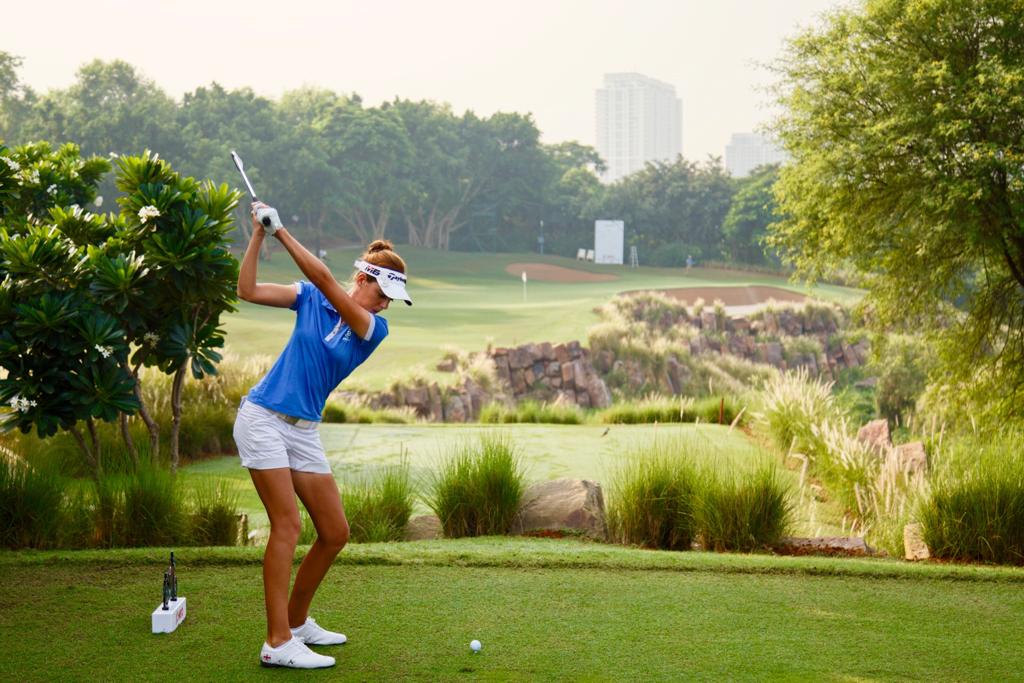 She said afterwards: “I made a lot of birdies out there and felt really comfortable. I thought I was going to have a pretty low score but did a couple of stupid things. I can’t complain with where I am after round one.

“Conditions were perfect, actually. It’s not nice getting up at 4 o’clock or whatever, but whenever you’re first out and you’ve got an empty course in front of you, and really, really pure greens at that time of day, before it got sort of burning hot, it was nice and it was nice to take advantage of that, because it’s getting stickier and sticker.”

MacLaren successfully defended the NSW Open title in March and recorded three additional top 10 finishes earlier this season, including second place in the Jordan Mixed Open and third in the Jabra Ladies Open. She sits sixth on the order of merit and has the chance to top the ranking with a win on Sunday.

She added: “Today was only the first round and I got a little bit edgy and a little bit of butterflies, but I’ve missed that feeling. I haven’t had that for a while and when you’re in that situation, it’s not always nice but it’s where you want to be. The alternative is that you’ve missed the cut or you’ve made the cut but you’re not playing for anything anymore, and it’s hard to bring out your best golf in those situations. I think it pushes you on and reminds you of why you do it.” 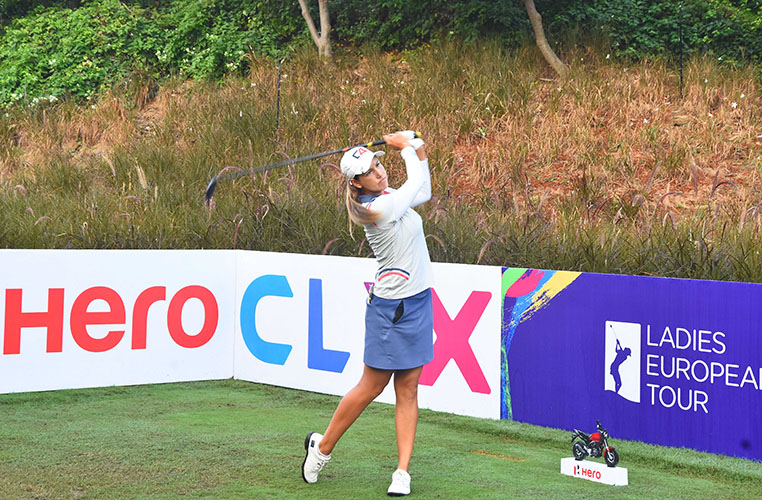 Hillier, meanwhile, is also in a rich vein of form and looking for her first tour win. The 28-year-old from Perth, Australia, started with a bogey on 10 having pulled her tee shot as a result of being slightly distracted by leaving her refillable water bottle in the washroom, but she bounced back with three birdies in a row from the second. She then carded three birdies on the front nine, at the first, sixth and ninth holes to join MacLaren in a share of the lead.

Hillier said: “I shot five-under today. I made six birdies and I bogeyed the first hole, so I actually got that back pretty quickly. Overall I’m really happy with my performance today. I hit my irons well and gave myself lots of birdie chances.

“The course is looking great, as well. Last time I was here it was 2015 and it has changed a lot since then. It is very, very impressive. It’s a beautiful golf course and one of the best in the world, I think.” 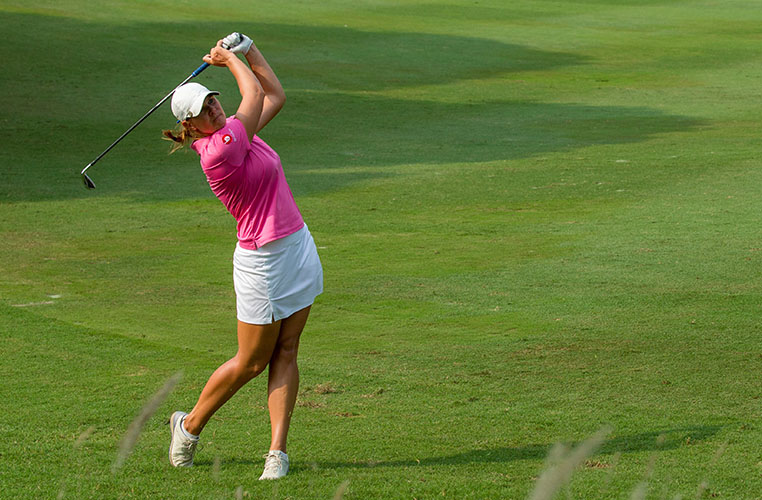 Norwegian Marianne Skarpnord and England’s Liz Young both played in the heat of the afternoon and are positioned just one stroke back on four-under-par, with Sweden’s Linda Wessberg in fifth on three-under.

Skarpnord, a winner at the Pacific Bay Australian Ladies Classic in February, needs to finish in the top three in India to lead the LET order of merit.

She said: “I am pretty happy with my round. I played well on the front nine but didn’t make as many putts on the back nine and then I finished up with a great three-putt, so my mood is not the best, but overall I’m happy with four-under.” 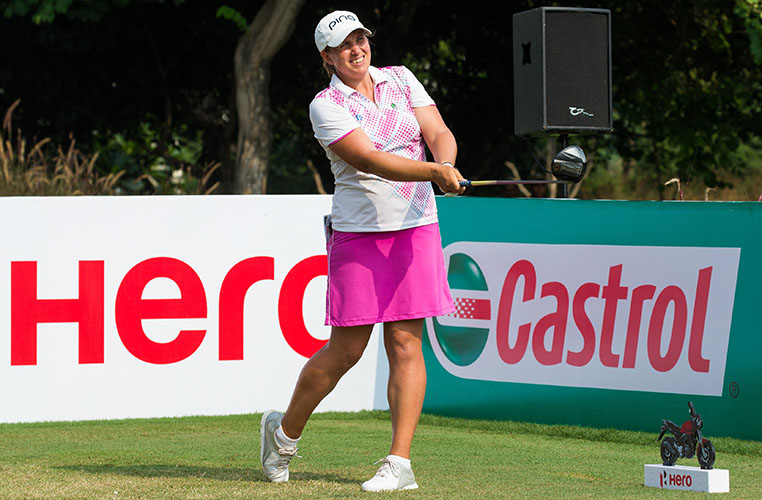 Young is looking for her maiden tournament victory and has an excellent record in the Hero Women’s Indian Open. She ended in fifth place in 2015 and has never finished outside the top 30 in six appearances so far.

She said: “I hit it well. The last two weeks I’ve been playing well, but I haven’t putted well and I haven’t managed any less than 32 putts in a round. I have a local caddie here called Suresh and he’s always caddied for me. He does such a good job on the greens and I managed to get 28 putts today. I managed to put everything together: the long game and the short game.

“I do enjoy playing here because it’s a challenge. You have to think about every shot and there’s no let-up. It’s a really good test of golf and even when you’re on the greens, they are not easy, so it’s a challenging and demanding golf course.”

The shot of the day belonged to Jyotsana Singh, a rookie professional on the Hero Women’s Pro Golf Tour in India, who aced the 16th hole using her 7-iron. 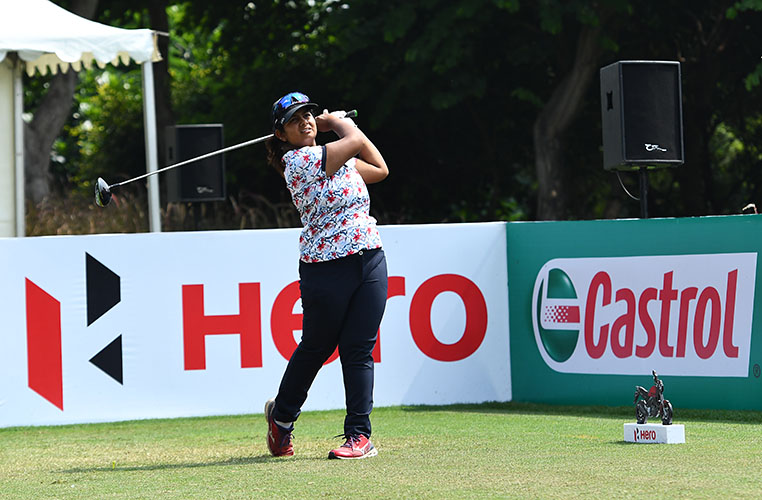