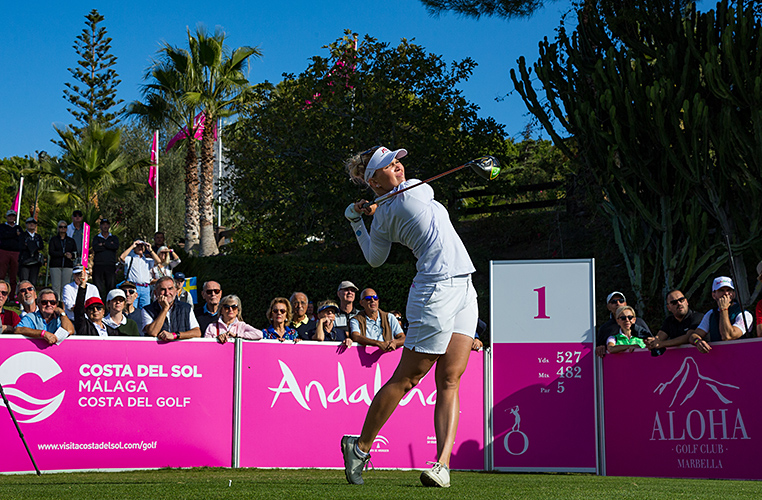 Nanna Koerstz Madsen emerged from a crowded leader board to lead by two strokes on 14 under par heading into the final round of the Andalucía Costa del Sol Open de España at Aloha Golf Club in Marbella.

The 25-year-old Dane shot a seven under par 65 in perfect scoring conditions on Saturday, while Swedish teenager Julia Engstrom went one better with a career-best eight under par 64 to end the day in second on 12 under par.

It was a proverbial game of two halves for Anne Van Dam, the long-hitting Dutchwoman, who finished the day a shot further back in third on 11 under.

Van Dam, who comes from a family of pilots, was flying on the front nine and had built a four stroke lead after going out in 30, ending the back nine with six threes in a row and all without a driver in her bag. However, her charge stalled on the back nine and she came home in 38, with two bogeys on holes 14 and 18. 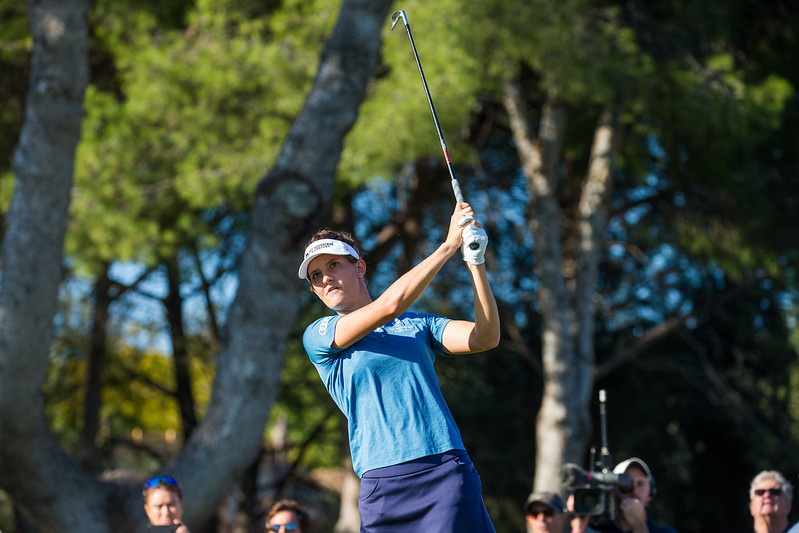 Although her frustrations showed at times, the defending champion said it was a good day on the course. “I got off to a really hot start: six under on the front and basically felt like I could hole everything and on the back it was a different story. I looked at everything and nothing went in.

“If I have another front nine like that tomorrow, I know I can do the same on the back, so it should be fun out there. Let’s see what happens and see how low I can go,” the four-time LET winner said.

Madsen, who shares a swing coach with Van Dam in David Dickmeis, the Danish national team coach, birdied two of the first three holes and went out in 34 and then picked up the pace with five successive birdies from holes 12 to 16.

“I had a good stretch, so I’m happy with the round. It’s not very often I play bogey free. I like to attack and sometimes that doesn’t work,” said the LET’s 2016 Tipsport Golf Masters champion, who was a three-time winner on the Symetra Tour in 2017, which earned her a “Battlefield Promotion” to the LPGA.

Her mum, Pia, is caddying for her this week and Madsen added: “I don’t have any expectations because I got here on Wednesday, didn’t play a practise round and, although I saw the course three years ago, I didn’t really practise for the three days before. I am just here with my family and we are trying to have a bit of a holiday, so I’m calm.” 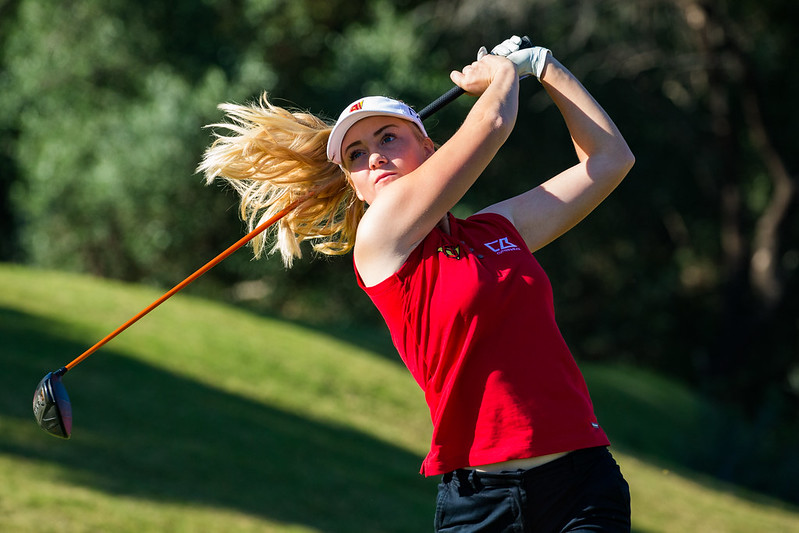 Engstrom (above) also had a birdie run. She went to the turn in 33 but came back in 31 after finishing with four birdies in a row.

The 18-year-old from Bjarred, who wrapped up the LET’s Rookie of the Year Award 12 months ago, said: “I hit it really close to the pin and made some putts and just kept it going. I barely missed any fairways, barely missed any greens and at the end, on 18 I hit it really close. I think on the last four holes, I hit it to three or four feet, so the ball was very close and I kept the run going. My irons and wedge game were great and my putting, too.”

“This will be my first time playing in the last group on Sunday since I was an amateur. I have a lot of support out here as there are a lot of Swedes here in Marbella and I’ve heard a lot of screams, cheers and good lucks, which is great.

“It will be a fun day tomorrow so I’ll see how well I can play, but right now, I’m very, very happy with my game.”

Aditi Ashok is in fourth place, four shots behind the leader after a 69, with Olivia Cowan and Marianne Skarpnord tied for fifth, a stroke further back.

Local player Azahara Muñoz, who is looking for a third Spanish Open title in four years, had a third round 67 and is tied with Camilla Lennarth and Christina Kim on eight under par, six strokes from the lead. 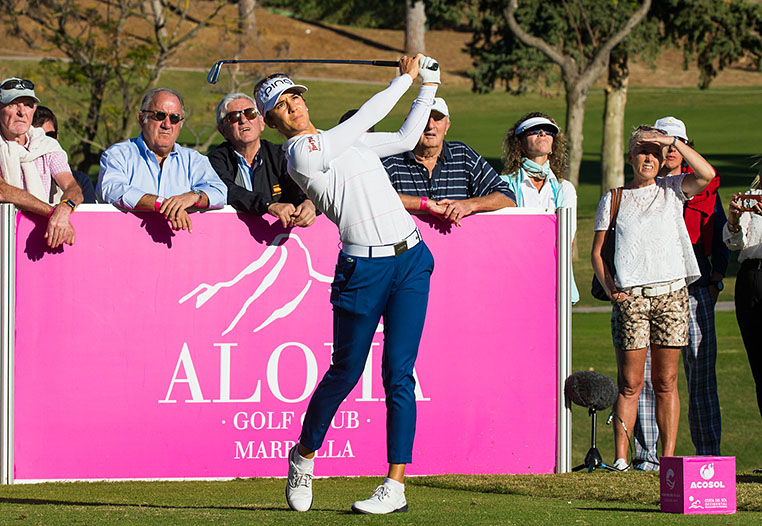 The final round of the penultimate event of the year gets under way on Sunday at 8.15am, local time and the leaders Nanna Koerstz Madsen, Julia Engstrom and Anne Van Dam tee off at 12.10pm.