Denmark’s Nanna Koerstz Madsen gave a dominant display in the Czech Republic as she strode to her maiden Ladies European Tour title at the weather-interrupted Tipsport Golf Masters.

The 21-year-old second year professional from Smoerum fired six birdies in a closing 65 – the best round of the day at Golf Park Pilsen – to end on 15-under-par and five strokes ahead of Scotland’s Pamela Pretswell and overnight leader Stacey Keating of Australia. 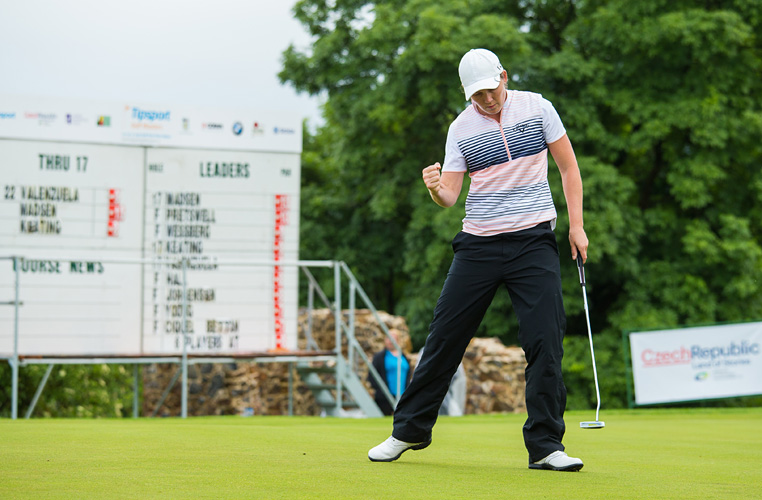 Pretswell and Keating (above) both holed massive birdie putts on 18 to go into joint second, while Sweden’s Linda Wessberg tied for fourth with Swiss amateur Albane Valenzuela.

Madsen began the final round a stroke behind Keating but made a hot start with three birdies in her first seven holes. She birdied the second to tie for the lead and then made a four footer at the fifth to go one ahead. Another birdie on the seventh saw her establish a two stroke lead over Keating and a fourth birdie from long range on the par-4 12th gave her a three stroke lead. 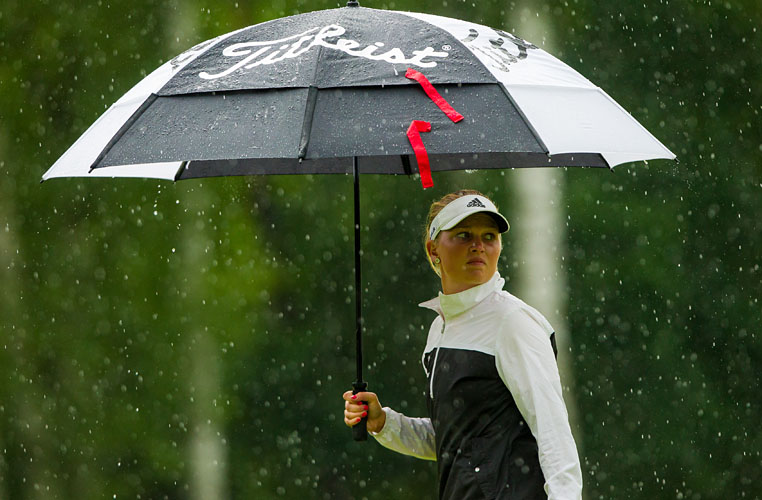 When play was suspended at 14.51 due to severe weather, Sweden’s Linda Wessberg was only two strokes behind. Madsen was about to step over a two foot birdie putt on 14 that would re-establish her three shot lead, but had to wait almost two hours as the storms passed through before she could roll it in to move to 14-under-par.

After the break, Wessberg made her par putt on 16 to stay in the running but she then bogeyed the final two holes, giving Madsen a five stroke cushion.

Madsen birdied the 17th, stretching her lead to a massive six shots before Pretswell and Keating birdied the 18th. It was then a march to victory for the Olympic hopeful.

“It’s been a good week,” said Madsen. “I played really solid with two bogey-free rounds and not a lot of bad shots. I just tried to stay calm and enjoy leading, having fun with my caddie. I thought I would have been more nervous, but I wasn’t that nervous at all.”

Pretswell, a former winner on the LET Access Series, was happy with joint second place. She said: “I’m absolutely delighted. I played well all week, especially in the second round. I gave myself some chances out there and I’m happy with how I finished on 18. Everything was working nicely and there was a consistency that had been lacking a bit this year. It was good fun.” 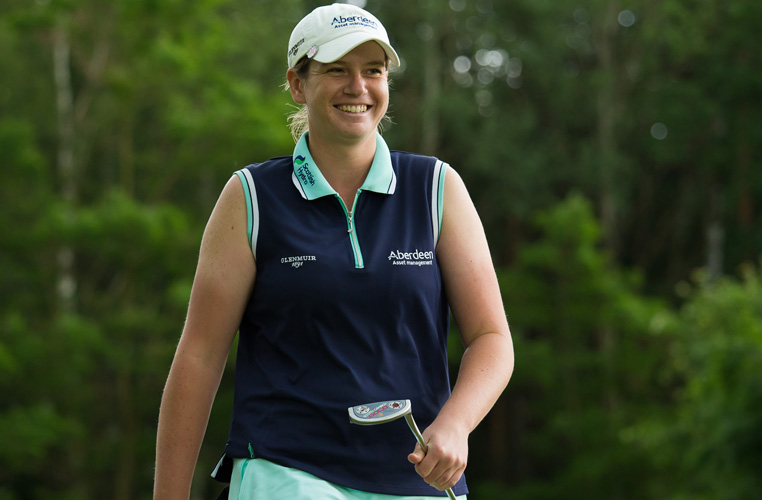 Further down the leader board, Denmark’s Malene Jorgensen and Lydia Hall of Wales tied for sixth on eight-under. England’s Liz Young, who is five-and-a-half months pregnant, was a stroke further back and tied for eighth position with Frenchwoman Sophie Giquel-Bettan.

Three successive rounds of 69 gave England’s Holly Aitchison a share of 10th spot in her first tournament of the year, alongside rookies Noemi Jimenez Martin of Spain and Oona Vartiainen of Finland, Scotland’s Kelsey MacDonald, Frenchwoman Alexandra Vilatte and Austrian Christine Wolf, on course to play in Rio 2016.

With her performance in Pilsen, Madsen earned a first prize of 37,500 euros and delivered on the great promise shown when she won Lalla Aicha Tour School in December 2014.

Neck and neck with fellow Dane Emily Kristine Pedersen heading into this, the last qualifying Ladies European Tour event before the Olympic Games, she now looks set to represent Denmark alongside Nicole Broch Larsen in Rio, although there are still several events to be played in the United States before the Olympic players are confirmed.