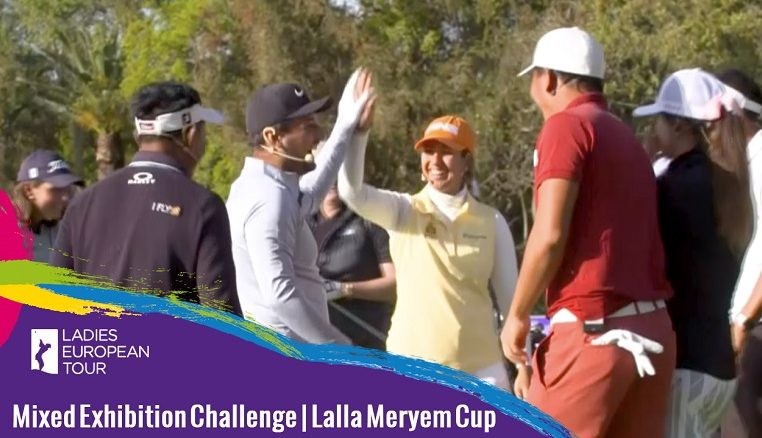 Alex Levy was the star of the show as Team Europe beat the Rest of the World by 5-4 in the Hassan II Golf Cup Mixed Exhibition, played on the ninth hole of the Red Course at Royal Golf Dar Es Salam.

It came down to the last shot, where the 2018 Hassan II Golf Trophy champion Alex Levy from France made a spectacular hole-in-one.

Watch the action below …..