Maha Remains Driven By Passion for the Game 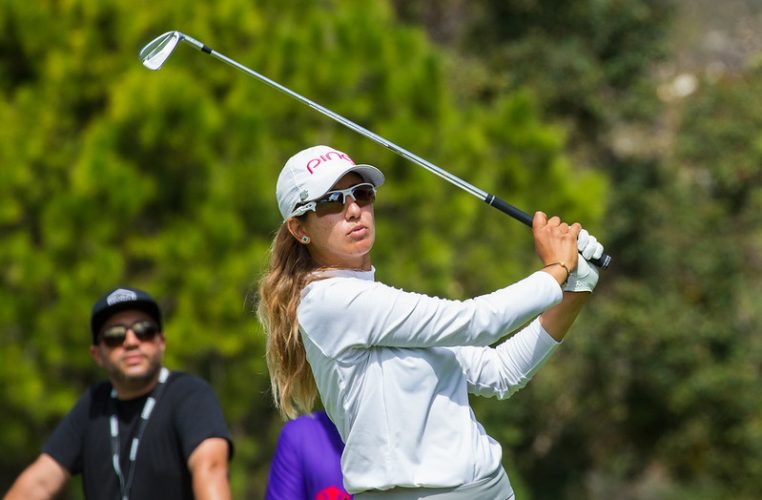 During the coronavirus pandemic and these times of lockdown, Maha Haddioui is working on her golf game at home in Agadir, Morocco.

She is hitting into a net and putting, but the break has made her realise just how much she loves her chosen sport.

The ninth-year professional is ranked 17th on the LET’s Race to Costa del Sol. She had two top-15 finishes in 2020, including tied seventh at the Investec South African Women’s Open that concluded on March 14.

“I’m so happy that we got the season started because I worked a lot in the off-season and made a lot of changes in coaching and the way I work. It was a really grindy off season and I was a bit disappointed about missing the cut in Bonville, as my putting was bad that week. However, finishing 11th and seventh in Dubbo and Cape Town helped to boost the confidence and I was really looking forward to playing in Saudi, which was a big event scheduled for the following week. I was really pleased with the start of the season and how my game was feeling, so it was disappointing to have to stop, but it is what it is,” she said.

Maha’s life isn’t all about golf. She has tried online kung fu and dancing classes as a diversion in recent weeks.

Her family lives nearby and her sister, former Moroccan National Team member, Nezha, who like Maha, played on the golf team at Lynn University in the United States, is particularly good at finding fun challenges on social media, like this one, which she found on TikTok.

Maha considered learning a new language (she already speaks four) but says “it didn’t catch on” so now she is keeping it simple.

“I was hitting balls for an hour a day but now it’s down to 30 minutes. I have a small Flightscope Mevo that I’ve been using to check distances and do wedging but it doesn’t really give me real feedback, I don’t know where the ball is going or how it’s flying, so I’m just keeping the body moving and not getting too rusty.”

She has also been listening to a wide variety of golf podcasts and will start an online class in rhetoric and public speaking next week, to keep her mind busy.

She is also grateful she gets to spend more time with her husband, fellow sportsman Nadir Kabbage, a carting professional who owns the track in Agadir, as he is also staying at home at present.

“The first few weeks, I was really busy and I would say I’m watching a lot of TV as well, but I think it’s important to keep some discipline. I’m really trying to watch what I eat because we are going from a very active lifestyle to being at home. It’s Ramadan in Morocco, which is an important month and we are fasting for 30 days, so that’s good for me because it will be easier to fast and be more connected and be able to take some time to reflect on things and enjoy holy month.”

Nevertheless, Maha can’t wait to get back to golf and she hopes that the lockdown restrictions in Morocco will be eased on May 20. The Moroccan Golf Federation has been distributing relief funds to those whose livelihoods are reliant on the golf industry, such as caddies and workers, although it isn’t clear when golf courses will re-open. “Hopefully we can finish Ramadan and then get back to playing again,” Maha said.

“It’s obviously going to take some time to practise and readjust, because in any sport it takes some time to build up and get really good. I’ll have to start working really hard again, but I’m really looking forward to that after being at home for two months.”