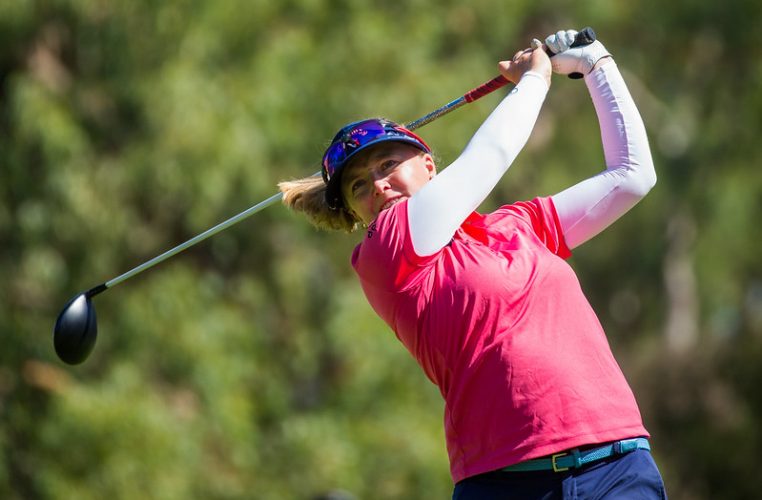 A disappointing Sunday 75 when in contention at the Women’s New South Wales Open a fortnight ago has Manon de Roey more than motivated for the Investec South African Women’s Open, which tees off at Westlake Golf Club in Cape Town, tomorrow.

De Roey’s opening scores of 71, 64 and 66 at Dubbo Golf Club were absurdly good and she took a five-stroke lead into the final round, before being denied by a magical birdie from Swede Julia Engström on the par-3 last hole.

According to Kanye West, what doesn’t kill you makes you stronger and De Roey suggested that the disappointment will be a big driver for her this week, as she starts the third event of the year in second on the Race to Costa Del Sol Rankings, behind Engström.

“After the NSW Open, I was a bit disappointed, but I know I will have my chances again and I’ll keep playing my best golf and I’m sure it will come,” said the 28-year-old Belgian, who witnessed her friend Christine Wolf go through a similar situation when she ran up a wet double bogey on the final hole at the 2018 Hero Women’s Indian Open to miss out, only to claim her first title in the same event 12 months later.

“A couple of girls have been through this before and I think you get stronger as a result, because you have more experience of being in the situation,” she added.

“I’m pretty confident about my game and I like the course and set-up at Westlake.

“I’m excited to be here again. I played last year as well. Yesterday was a bit windy for the practise round, so hopefully it won’t be too windy during the tournament. Last year was pretty windy, so we’ll manage to get around!”

As always, there is a palpable sense of nervous anticipation in the Mother City for South Africa’s flagship event and the mouth-watering incentives the season-finale carries.

This year is no exception as the big guns of the game prepare to contest a €200 000 prize fund, starts in two Majors this year – the AIG Women’s British Open and the Evian Championship – plus a winner’s category exemption on the Ladies European Tour (LET) until the end of 2021 and the right to be acclaimed as South Africa’s Women’s Open champion.

The field this year exudes class and quality, from three-time champions Ashleigh Buhai and Lee-Anne Pace to defending champion Diksha Dagar from India.

Pace – the only player to win the championship in three successive years since its inception in 1988 – came agonisingly close to becoming the championship’s first four-time winner last year, while the event’s only amateur champion Buhai is just as hungry to re-write the annals of South African golfing history with a fourth triumph.

The favourites are joined by reigning Investec Order of Merit leader Stacy Bregman.

The five-time Sunshine Ladies Tour winner was second in 2013, third in 2017 and fourth in 2019 and, buoyed by a third place finish in the Joburg Ladies Open and second in last week’s Jabra Ladies Classic, Bregman will be looking to ride that rich vein of form to finally clinch that elusive first LET win.

Karolin Lampert and Michele Thomson should not be overlooked, either.

Germany’s Lampert is kicking off her Ladies European Tour season in Cape Town channelling the positive vibes of a runner-up finish in 2018, while Thomson gave chase last year. Coming off a top 10 finish in Australia the Scot can be expected to be among the early front runners this week.

A total of 90 players from the LET will tee it up in the 2020 Investec SA Women’s Open, while the balance of the 132 playing field includes 30 leading players on the 2019 Sunshine Ladies Tour player rankings, five invitations, two leading amateurs and five qualifiers.

The tournament tees off on Thursday, 12 March and there will be a cut to 60 and ties after 36 holes. The champion will be crowned on Saturday, 14 March and, at the conclusion of the Investec SA Women’s Open, the winner of the 2020 Investec Order of Merit will also be crowned and receive a bonus prize of R100 000.

Entry is free to the 2020 event, there is ample parking and public catering is available in the clubhouse.