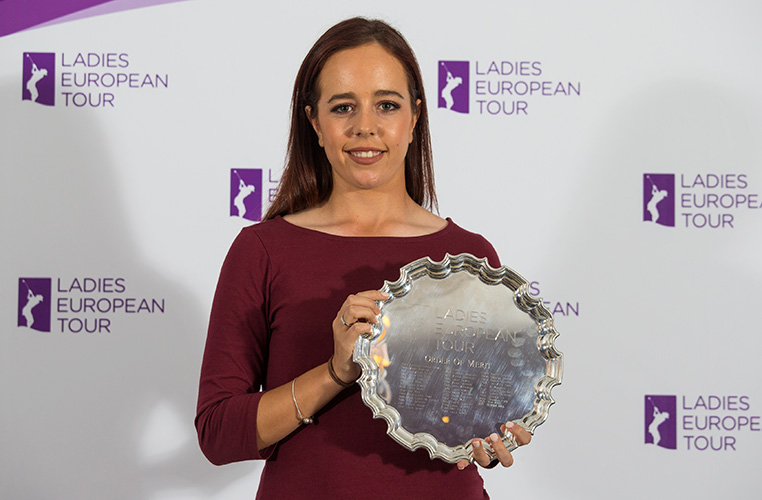 British Open champion Georgia Hall says it sounds “unreal” to be named an MBE at 23 in the Queen’s Birthday Honours list, which names Britain’s top names recognised for their services to the country.

“I couldn’t believe it when I got the letter and it’s such an amazing honour and very cool to have that after my name,” the Bournemouth golfer said.

Hall won the Women’s British Open at Royal Lytham in August 2018, leading on to her collecting her second consecutive Ladies European Tour order of merit title in late November. The 2017 Solheim Cup player was also voted as the ‘Players’ Player of the Year’ for the second successive season by her peers on tour.

“I am unbelievably honoured to be receiving an MBE. It has been so hard for me to keep this exciting news a secret from my family and friends so I am really happy to be able to talk about it now,” she said.

“It’s a huge boost for my confidence ahead of a busy summer of tournaments and I think it’s so awesome for women’s golf to be recognised in this way.

“I literally can’t wait to go to St James Palace and, when I get my next bit of time off, my mum and I will definitely be focusing on getting our outfits sorted.”

Ladies European Tour CEO Mark Lichtenhein praised Georgia and congratulated her on her appointment. He said: “Everyone at the LET is absolutely delighted for Georgia, who is a superb ambassador for the game of golf and the Ladies European Tour and whom shot to prominence with her major championship victory last summer. It is fantastic to see an LET member’s achievements being recognised by HM The Queen.”