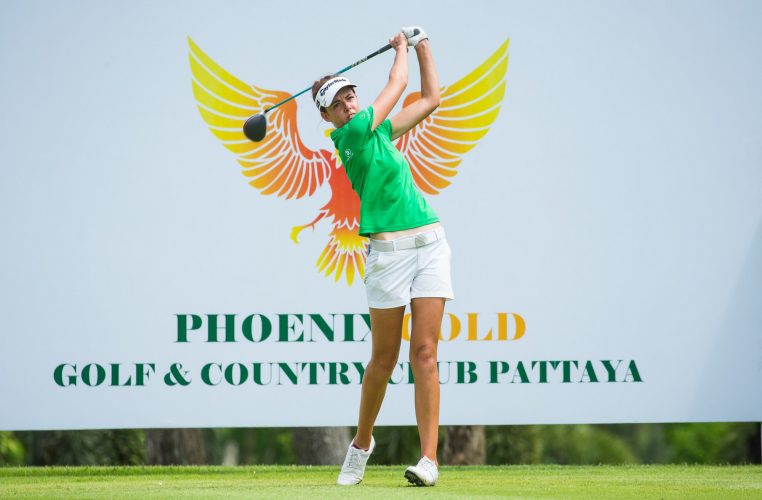 England’s Meghan MacLaren will draw on her US college experience as she makes her debut in the Ladies European Thailand Championship, starting tomorrow.

The 25-year-old from Wellingborough won eight times as a Florida International University Player before graduating with a degree in English in 2016 and her career has been on an upward curve since then.

Speaking at Phoenix Gold Golf and Country Club in Pattaya on Wednesday, she said: “I played a lot in Florida where there was a lot of grain on the greens like this, so I’m used to this type of course and these hot conditions.

McLaren has recorded five top-10 finishes from 10 starts on the LET so far this season and starts the week ranked fourth on the order of merit. The highlights so far include her second LET win at the Women’s New South Wales Open, where she successfully defended the title, a runner-up finish in the Jordan Mixed Open and a third place in last month’s Jabra Ladies Open.

Another victory, worth 150 order of merit points, would lift her into second place on the LET order of merit, behind Nuria Iturrioz, who has won twice on tour this season, in Morocco and Dubai. She would also jump from seventh to first on the European Solheim Cup points list, from which the top three will qualify following the Aberdeen Standard Investments Ladies Scottish Open, ending on August 11.

The 2019 Ladies European Thailand Golf Championship takes place at Phoenix Gold Golf and Country Club in Pattaya from June 20-23. The tournament is co-sanctioned by the Ladies European Tour (LET) and Thai Ladies Professional Golf Association (Thai LPGA) and offers a total prize money of 300,000 Euros (approximately Bt11 million). It will be competed in a 72-hole stroke play format for four days. Only top 60 players, after 36 holes, will proceed to the weekend rounds.

Live TV coverage of the event can be followed on TrueSport HD3 on June 22 and 23 between 1pm – 4pm. Tickets for spectators are priced at Bt100 per day and are available at the public entrance to the course. Those under 18 and over 60 with relevant proof of age are exempt from course entrance fees.