Nuria Iturrios of Spain won the Lalla Meryem Cup over the Blue Course at Royal Golf Dar Es Salam in Morocco, three years after her maiden victory in the same tournament as a rookie.

The 23-year-old from Palma de Mallorca carded a final round of three-under-par 70 to win by seven over Swedish duo Caroline Hedwall and overnight co-leader Lina Boqvist.

Iturrios and Boqvist started the final round tied at 10-under but Iturrios quickly gained a two stroke lead with birdies on the par-5 second and par-3 third holes.

Iturrios missed birdie putts on the fourth, fifth and sixth holes and then Boqvist gained a stroke with a birdie at the seventh. Iturrios responded with a birdie on the par-5 eighth to regain her two-stroke advantage.

At the ninth, Iturrios hit a tree with her drive, but threaded her second shot through a gap in the branches and made a brilliant up and down for par.

When Boqvist double bogeyed the 10th to put Iturrios four clear, the leader seemed to be in an seemingly unassailable position but Boqvist then birdied the 14th to get within three again.

However, Boqvist’s short game let her down over the closing stretch and she dropped four shots with bogeys on 15 and 17, followed by a double-bogey on 18.

Iturrios completed a level par back nine to win on 13-under, the only player in the field to post four sub-par rounds and moved to the top of the LET order of merit.

“It’s amazing for me to win again here. I’m so happy to be here and I hope to keep it going,” said Iturrios, who tied for second in the Australian Ladies Open at Bonville Golf Resort earlier this year.

“On the last hole, I told my coach, ‘We are getting so close,’ and I was nervous but I think we did a great job. I just want to keep going and enjoy it now,” she added, thanking her coach, Jose Luis Palacios, who also caddied when she won on the same course three years ago.

Iturrios jumped 29 places up to ninth place on the European Solheim Cup points list, boosting her chances of qualification for the biennial transatlantic matchplay contest at Gleneagles in September. 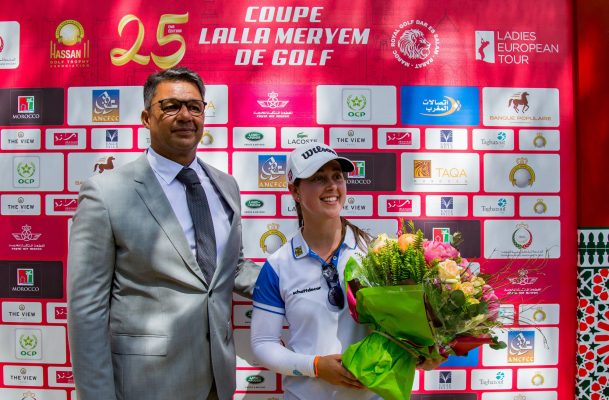 While Boqvist looked devastated, she could take comfort from posting her career best finish in five years on tour, moving up to fifth on the order of merit, while Hedwall made a significant advancement up the European Solheim Cup points list, moving into fifth spot.

A stroke further back, Esther Henseleit, Marianne Skarpnord, Laura Fuenfstueck and Hannah Burke tied for fourth. With her fourth top 10 finish from five starts, Henseleit advanced into first place on the Rookie of the Year rankings.

Sweden’s Jenny Haglund finished her title defence in style by posting a course-record nine-under-par 64, which included a hole-in-one on the sixth, to tie for eighth place with Charlotte Thompson, Sarah Kemp and rookie Sian Evans.

Haglund said: “I got off to a good start and that helps. Today was a good day so I’m happy and I’ll take away more good memories from Morocco.

“It felt like I could make birdie on every hole and it’s not often that happens. Holing out for a hole in one on top of that was really nice and to keep on going after nine and make a few more birdies coming in was really sweet.” 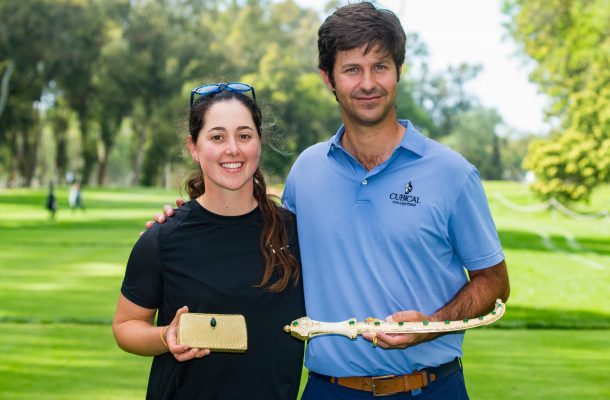 Later in the day, Jorge Campillo completed a Spanish double when he won the Trophee Hassan II on the neighbouring Red course at Royal Golf Dar Es Salam.