Nuria Iturrioz in a happy place 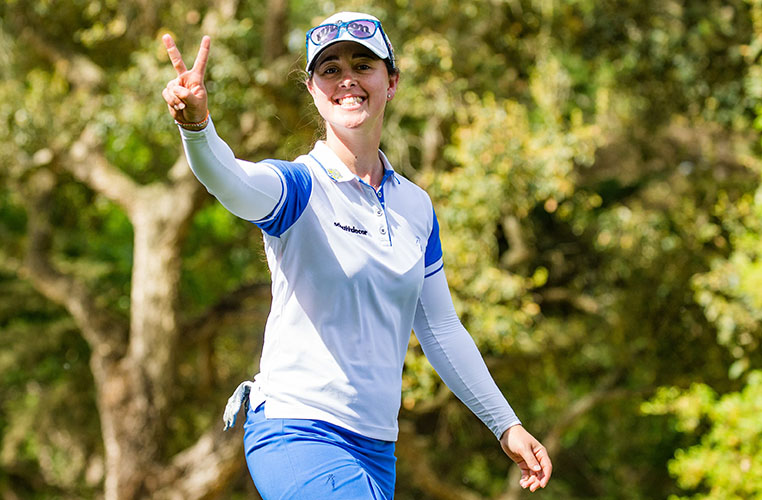 LET order of merit leader Nuria Iturrioz says that being happy is the key to her success this year.

She has won three tournaments so far in 2019, including the Lalla Meryem Cup and Omega Dubai Moonlight Classic on the Ladies European Tour, plus the Zimmer Biomet Championship hosted by Nancy Lopez on the Symetra Tour. She also finished T2nd in the Australian Ladies Classic – Bonville – and sits 12.07 points ahead of German rookie professional Esther Henseleit on the official LET ranking.

She has also tried to pick up a few tips from tennis star Rafa Nadal, a fellow athlete from Mallorca.

“We know each other but he likes to practise by himself and with friends and I like to practise by myself too, but it’s cool to know him and his mental game is crazy, so I try to be like that.

“I try to be on my own and so focused on my own game and not get distracted. I’m also relaxed on the course, because I’m happy. When you’re happy, you enjoy it and do well. It’s that simple,” said the 23-year-old from Palma de Mallorca.

“I know I can win the order of merit. Regarding The Solheim Cup, it’s something that I hope comes to me but I can’t control that or the picks of the captain. For sure, I will be happy if I get to play there, but maybe it’s not my year, we’ll see.”

“I worked a lot in the off season and now I’ve played a lot of tournaments in a row so I’m getting tired but I’ll give it my best shot this week.”