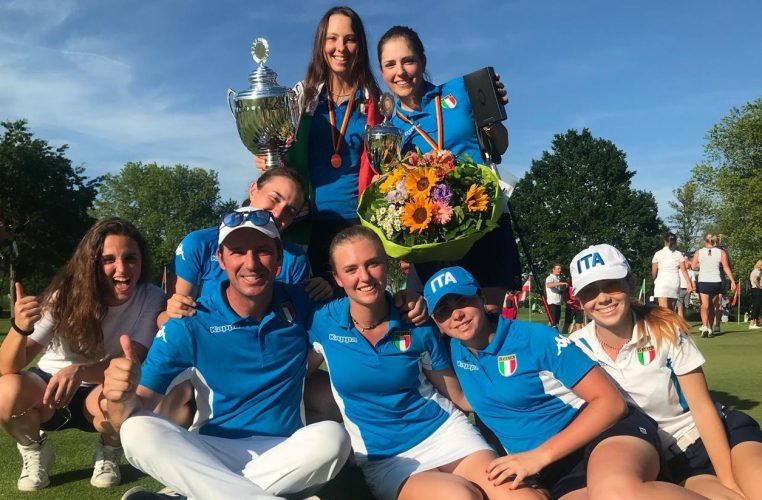 Italy’s Emilie Paltrinieri won the German Girls’ Open at the weekend as qualifying for the PING Junior Solheim Cup reached the halfway point.

Paltrinieri finished on 11 under par after three rounds at Golf Club St. Leon-Rot in the fifth of 10 counting events for the junior version of the Solheim Cup, which will take place at Gleneagles (King’s Course) on 10th and 11th September 2019.

The win lifts her up to sixth place in the rankings and into the last automatic qualifying spot, with two other Italians – Caterina Don and Benedetta Moresco – also in the all-important top six. The remaining six players on the team will be selected by captain Mickey Walker after the last qualifying event finishes on 17 August.

The next qualifying event is the Ladies’ British Amateur Championship at Royal County Down in Northern Ireland from 11-15 June.

Click HERE for the full results from the German Girl’s Open.