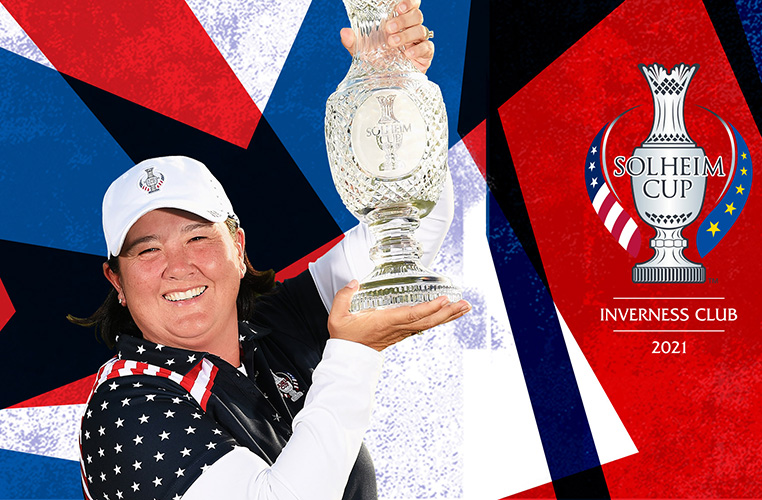 I thought the call might be coming. But I had no idea if it would be good news or bad news.

For the last six months, I’ve been thinking that my time as an assistant Solheim Cup captain in 2015, 2017 and 2019, some of the greatest experiences of my professional career, might have prepared me to be captain in 2021 at Inverness Club in Toledo, Ohio.

I loved being an assistant captain; loved what I’d learned and seen being around captain Juli Inkster and all those great players on the last three American Solheim Cup teams. I loved being out on the first tee in that amphitheater setting with sound so loud you could feel it. No cheers in women’s golf match the Solheim Cup. Nothing makes your hair stand up or causes tingles to run down your arms like the drama and intensity of those three days.

I also loved the strategy and detail, the planning, motivating and relationship building. Juli relied on all her assistants – Nancy Lopez, Wendy Ward and me – to engage with the players and to see who was playing well with whom and what holes suited one kind of shot over another. We offered our opinions about the lineup. And we handled a lot of the details so the players could focus on playing.

Juli was always open about using the pod system that Paul Azinger created back at the Ryder Cup in 2008. It just made sense. The United States is a big and diverse country. It’s difficult to get 12 independent personalities to bond as a team in three pressure-packed days. So, Juli broke the team up into three pods, each with four players who had similar personalities. Those four players knew they were going to play together so they prepared as a group.

Europe has a built-in pod system. Players from the same country or the same region most often play together. So their pods are baked into the cake.

It was a treat for me to learn more about the American players, to see their personalities and how they responded to their teammates and their captain. And it was a joy to be around Juli. She was a great motivator and communicator. From the first meeting, she would tell players what was going to happen and what they could expect. She did the most important thing a Solheim Cup captain can do: she eliminated surprises. Because of that, and because she was such an inspiration, our players would have run through walls for her.

Deep down I hoped for that same opportunity, a chance to take what I’d learned from Juli and put my personal touch on it.

But I didn’t want to get my hopes too high. I have a wonderful family, a loving husband, two great kids, and since retiring from playing I’ve worked as an assistant women’s golf coach at my alma mater, San Jose State University. Life doesn’t get much richer or more fulfilling.

So, I tried to put the Solheim Cup out of my mind. Then, as I was waiting alone in my car as my husband, Jeff, ran a few errands, my phone rang. It was LPGA Tour Commissioner Mike Whan. I’ve never been so nervous answering the phone. And when I did, my heart sank. Mike said, “I’m sorry to have to tell you this but I wanted to tell you first.” I think my breathing stopped until he said, “The job is there if you want it.”

Now that I’ve been blessed with this great honour and awesome responsibility, I’m giving it all I’ve got. I’ll almost certainly use the pod system again. Why mess with success? And I’ll certainly get out to see more young players, the ones I haven’t had a chance to meet or see play.

I’ve played Inverness Club but haven’t been there since the recent renovations. I can’t wait to see what it’s like now. Of course there will be more pressure to win on home soil in front of a partisan crowd. But I’m up for it and I know our players will be.

Juli was the first person I called after I hung up with Mike. I’m certain she knew before I did. That didn’t stop her from being thrilled for me.

We’re two different people but we’re also great friends who love and respect each other. I want to bring the best of what Juli brought and do it with my own personality. I think I’ve built a lot of trust with the players. I’ll have my own assistant captains and we will make sure players know that we’re there for them. We’ll take care of the details. We want them to go out, play, have fun and make birdies.

Is that different from previous captains? No, of course not. But we all do similar things in different ways. I can only hope that my way will prove to be as successful and memorable as those who came before me.

About The Solheim Cup:
The Solheim Cup combines the tradition and prestige of the game of golf with passion for one’s country and continent. This biennial international match-play competition features the best U.S. players from the Ladies Professional Golf Association (LPGA) Tour and the best European players from the Ladies European Tour (LET).
The Solheim Cup is named in honor of Karsten Solheim, the founder of Karsten Manufacturing Corporation, which makes PING golf equipment. In 1990, the Solheim family, in conjunction with the LPGA and the LET, developed the concept and became the title sponsor for the Solheim Cup. Today, the Global Partners of the Solheim Cup are PING, Rolex and Marathon Petroleum.
Held every two years, the event has grown into the most prestigious international women’s professional golf team event. The 2021 Solheim Cup will be held at Inverness Club in Toledo, Ohio, on Sept. 4-6. In 2019, Team Europe took a thrilling 14.5-13.5 victory at Gleneagles in Scotland, a thrilling win that came down to the final putt. Team USA leads Team Europe, 10-6, all-time in Solheim Cup competition.
Advance Solheim Cup tickets are on sale now. Visit www.solheimcupusa.com to receive early-bird ticket pricing that will end in September 2020.
For more information, visit www.solheimcup.com.

About Inverness Club:
Inverness Club, located in Toledo, Ohio, has forged a place of distinction in professional golf. Opening in 1903, the historic club has been the site of twelve championships, including four U.S. Opens and two PGA Championships. Byron Nelson, who served as head golf professional from 1940 to 1944, recognized Inverness Club as his home course. S.P. Jermain, their first Board President, was credited with conceiving the idea of the Ryder Cup. The championship course was designed by the renowned architect Donald Ross. Inverness Club successfully hosted the 2019 U.S. Junior Amateur and is the host site of the 2021 Solheim Cup.