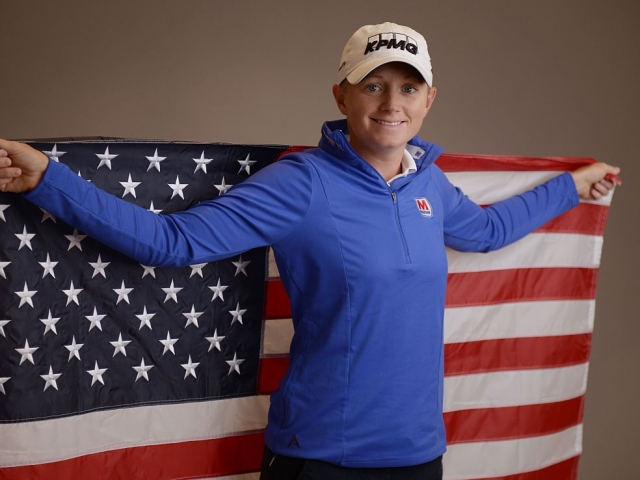 A week of high drama and much speculation over potential selections for the 2019 U.S. Solheim Cup team finally ended on Monday. United States captain Juli Inkster opted for a 1-2 punch of veteran experience in announcing Morgan Pressel and Stacy Lewis as her two wild-card picks, one day after the conclusion of the CP Women’s Open at Magna Golf Club in Aurora, Ontario, Canada.

The addition of 31-year-old Pressel and 34-year-old Lewis, with a total of 35 Solheim Cup matches between them, rounds out a 12-player squad under Inkster’s charge that includes plenty of new faces in five rookies and only four players (Pressel, Lewis, Lexi Thompson and Lizette Salas) with at least three previous Cup appearances to their name.

“I just felt like I needed some veteran leadership,” Inkster said of her decision to choose Pressel and Lewis as her wild-card selections. “I have a very young and inexperienced team and I needed some better balance on that. A lot of my players wanted Morgan and Stacy on the team, and that just kind of helped me out. And I can put each of them with anybody. With what we are trying to do team-wise, Morgan and Stacy were just perfect fits.”

The 2019 Solheim Cup will be played on the world-famous PGA Centenary Course at Gleneagles in Perthshire, Scotland, from Sept. 13-15, when Team USA will bid to win the trophy for a third successive time under Inkster’s captaincy.

Pressel, who has a win-loss-tie record of 10-7-2 after playing in five consecutive Solheim Cups from 2007 to 2015, had been on Inkster’s radar for a while due to her rich experience in the biennial competition. She fully captured the U.S. captain’s attention by finishing fourth at the AIG Women’s British Open earlier this month.

“It’s definitely an honour to play for Juli,” said Pressel, who has a stellar 4-1-0 record in Solheim Cup singles. “I got the opportunity to do that in 2015 and I am very excited to be on the team again this year. This is going to be my fourth Solheim Cup appearance overseas, so I have more experience playing overseas than in the States. It’s definitely more of a challenge for the team as a whole playing on foreign soil but I think that just having that experience and knowing what to expect, explaining that to players who have never played in a Solheim Cup or have never played overseas will hopefully be helpful. I think that is what Juli was looking for with her picks – to add some experience to a young but incredibly strong team.”

Lewis has a win-loss-tie record of 5-10-1 after representing her country at the last four Solheim Cups, and has been particularly successful in four-ball matches, where she has gone 3-1-0. She has produced mixed form this season after returning to the LPGA Tour in January as a new mother, but she reminded Inkster of her Solheim Cup worth with a strong third-place finish at the Marathon Classic last month.

“I’m pumped,” said Lewis, a 12-time winner on the LPGA Tour. “I think I said that to Juli five times. I love Solheim Cup and I’m excited with the team we have this year and the rookies. I think they are going to bring so much energy to it. I’m just excited to be the veteran and kind of help get those girls around and kind of help them get ready for what they are going to experience. I think a lot of the reason why I was picked was for that. Hopefully some of my experiences can bleed off on them.”

The final three automatic qualifying spots on Inkster’s team were determined on Sunday after the CP Women’s Open. Brittany Altomare locked up the final roster berth from the Solheim Cup points standings while Angel Yin and Annie Park booked their places on Team USA via the Rolex Women’s World Golf Rankings.

Altomare and Park will each make their Solheim Cup debuts at Gleneagles while the long-hitting Yin will return for a second time after being selected as a captain’s pick for the 2017 edition, at Des Moines Golf and Country Club in West Des Moines, Iowa.

“Brittany is steady,” said Inkster. “She’s my leading American birdie player on Tour this season and she really balances my team out great. She’s the type of player that I can put in best-ball or alternate shot and not be worried about it. She’s very quiet, but I think she’s got a huge heart. She’s ready.

“Angel was on my team two years ago and I loved having her as a player. She’s with it, she’s funny, she’s a good kid. And then Annie Park is another rookie but she’s really good friends with Megan (Khang) and she plays well. Again, she makes a lot of birdies. I’m very happy with those three additions to my team.”

“Overall, I am really happy with my players,” said Inkster. “We’re young but I think we’re good. We have a lot of players with a lot of heart and I really think they won’t be intimidated, which I like.”

The U.S. have won 10 of the 15 previous editions of the Solheim Cup, including five of the last seven.