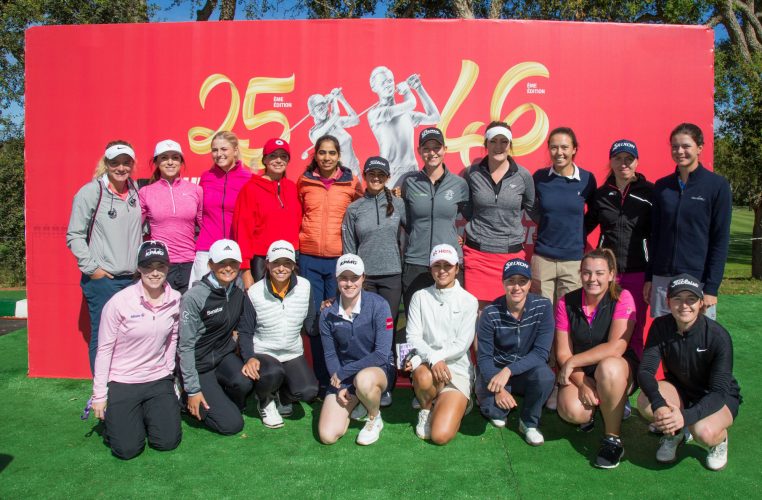 As part of the LET’s 2019 Rookie Orientation Programme, a training workshop was organised on the practice day at the Lalla Meryem Cup in Morocco to provide the Rookies with information and advice about dealing with the media and being active on social media channels. The session was led by the LET’s Head of Communications, Bethan Cutler, and the Digital Manager, Elliott Platts and was delivered to all 19 Rookies who are in the field for the tournament.

Elliott started the workshop by speaking about how important social media is for professional sports people and how it can be used to connect with the fans or to support sponsors and supporters. He also explained how the players’ social media activity can contribute to the positive relationship the LET has with its promoters and host venues. The players were shown examples of good practice and were advised about how to deal with some of the possible negative aspects of social media that they might experience. Bethan then talked to the Rookies about dealing with the print and broadcast media. She highlighted the importance of positive body language when being photographed or appearing on TV and emphasised the difference a smile can make. She encouraged the players to take advantage of any chances they are given to speak to the media and to view these as positive opportunities. Bethan concluded her section of the workshop by conducting a live interview with Savannah Vilaubi from America. 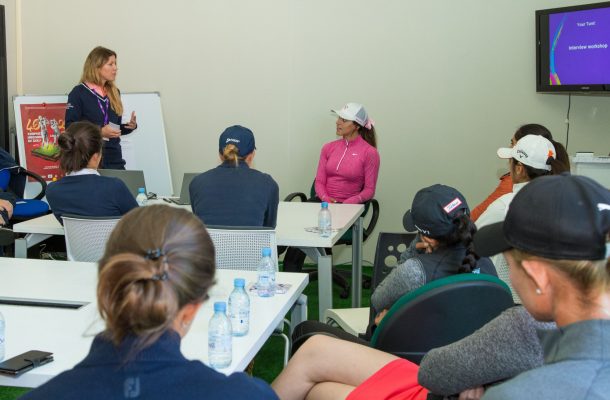 After the workshop, Esther Henseleit from Germany commented: “Everyone knows the importance of social media, but it’s something I need to get more used to. I liked the idea of looking at other players and learning from what they do.” Speaking about the prospect of doing a TV or radio interview, she said: “ I learned that I need to give some thought to what I want to say to get my message across and that it would be good for me to practice being interviewed.”

During the workshop, Meghan MacLaren was used as an example of an LET player who uses social media effectively and who interacts positively with the media. Meghan had attended a Rookie media training workshop previously and when she heard about the training for the class of 2019 in Morocco, she said: “I attended the training two years ago and it was really cool to get a perspective on how to approach things and learn about what the media would be looking for. We were put out of our comfort zone, but that helped going into the rest of the year. It was good to get that experience before you actually do it for real so you don’t feel that uncomfortable the first time it happens. It’s good to see they’re still doing the training for the Rookies and I think they will definitely benefit from it.”

More Rookie training sessions will be taking place at future event to support those who joined the LET at the beginning of the year and to prepare them for long and successful careers as a touring professional.