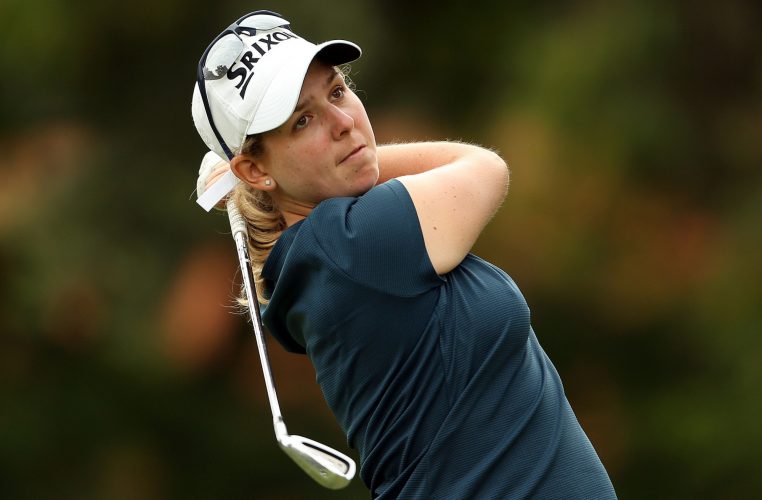 South Africa’s leading international golfer became the third player to achieve a hat-trick of triumphs and she will take up her title defence when the R2-million LET co-sanctioned showpiece returns to Westlake Golf Club from 14-16 March.

The world number 116 hopes to join Lee-Anne Pace with four victories, but believes it will be a tougher task to reach the winner’s circle this year.

“When Investec took up the title sponsorship last year and put the Investec South African Women’s Open back on the LET schedule, the interest in the event really sparked and the tournament drew a strong field of international golfers,” said Buhai.

“I really had to work for the win and now that this year’s Sunshine Ladies Tour has two new events – the Jabra Ladies Classic at Glendower and the Team Championship at Serengeti – the depth of the field will be even stronger.

“With spots into two LET events, courtesy of the Investec South African Women’s Open and the Jabra Ladies Classic, we can expect an even bigger presence of LET players. Several Sunshine Ladies Tour players like Lejan Lewthwaite and Nobuhle Dlamini have also made huge strides over the last 12 months. Lee-Anne Pace and Stacy Bregman are always dangerous and, if you factor in the international entries, the level of competition will be even higher.

“I am coming back with the goal of defending the title, but it won’t be a walk in the park. I will have to bring my A-game to Westlake to finish in front.”

Pace will also be back, chasing title number five, and Stacy Bregman, now the third highest ranked South African in the Rolex Women’s World Golf Rankings at number 306, is targeting a maiden win.

“I didn’t practice much ahead of the first event on the LET in Abu Dhabi and I got the bad end of the draw for the first two days, so I was really pleased to finish in the top 16. I plan to defend at the Canon Sunshine Ladies Tour Open at the end of January and then I am heading to Australia.

“I will be playing four events, including the Australian Women’s Open and I hope to build up some good form for Westlake. The Investec South African Women’s Open is the one title we all aspire to win and I came close last year. I went low on the final day to finish fourth and this year, I’m aiming for the winner’s circle.”

The Investec South African Women’s Open has enjoyed the support of the City of Cape Town since regaining co-sanctioned status last year and moving to the Mother City.

Dan Plato, Executive Mayor of Cape Town, said, “In December last year, Cape Town was named as the ‘World’s Leading Festival and Events Destination’ at the World Tourism Awards. Being able to host fantastic sporting events such as the Investec SA Women’s Open further confirms why we are able to celebrate this title. Big events being held in Cape Town mean fantastic entertainment for our residents and visitors, and at the same time bring with them skills development and job creation opportunities for our communities. I want to wish the event organisers and all participants a successful event and I’m looking forward to seeing Cape Town come out to support our South African sporting stars.”

The tournament promoter, Lesley Copeman from World Sports Promotions, applauded Investec and the City of Cape Town for their continued investment in the women’s professional game and commitment to women’s golf development.

“In addition, Investec added a R100 000 incentive last year for the Investec Property Fund Order of Merit winner. This kind of commitment is a strong endorsement of the exciting growth and development of the women’s professional game in South Africa.”