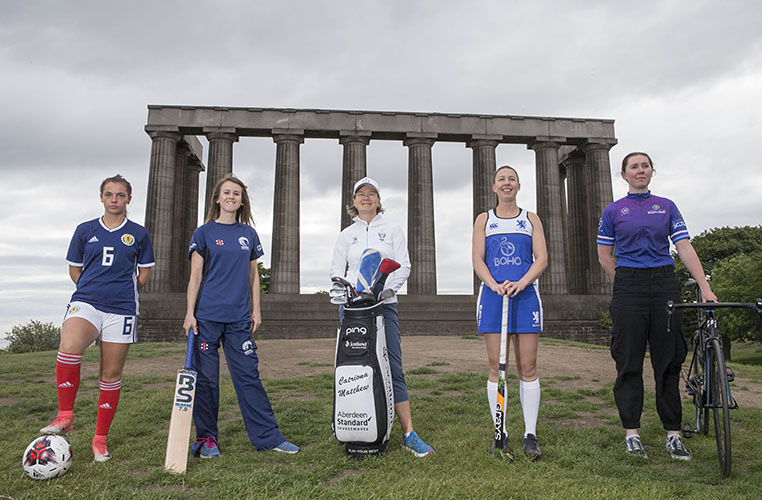 Scotland is one of the world’s leading event destinations and this summer it will reaffirm its position as it shines a spotlight on women’s sport.

Over the next three months the country will play host to six European and international sporting events kicking off with the UEFA Women’s U19 European Championship in July and culminating in the biggest event in women’s golf, The 2019 Solheim Cup in September.

To mark the occasion, VisitScotland and its EventScotland team gathered players from each event to celebrate this special summer of women’s sport and showcase Scotland is leading the way in the development and promotion of world-class women’s sporting events.

Talking about this unprecedented summer of women’s sport, Catriona Matthew, Solheim Cup Team Europe Captain said: “It is incredibly exciting that The 2019 Solheim Cup will be the culmination of a terrific year for women’s sport in Scotland, showcasing the very best of a range of sports across a number of events. There is no doubt that women’s sport is benefitting from an enhanced profile both domestically and globally and it is fitting that The Solheim Cup and golf plays a huge part of that in the country which gave the game to world. I hope the Scottish public turn out in force to support our world-class athletes, not just at Gleneagles in September but across all of our women’s sports events.”

VisitScotland’s Director of Events, Paul Bush OBE, said: “2019 is a big year for women’s sport with Scotland providing the perfect stage over the next three months for six key events on the international sporting calendar. As a world-leading events destination we have a proud history of supporting and championing women’s sporting events. From hosting the largest women’s annual golf event on the Ladies European Tour to supporting showcase events for national teams, we continue to shine a spotlight and build on the momentum shift behind women’s sport. 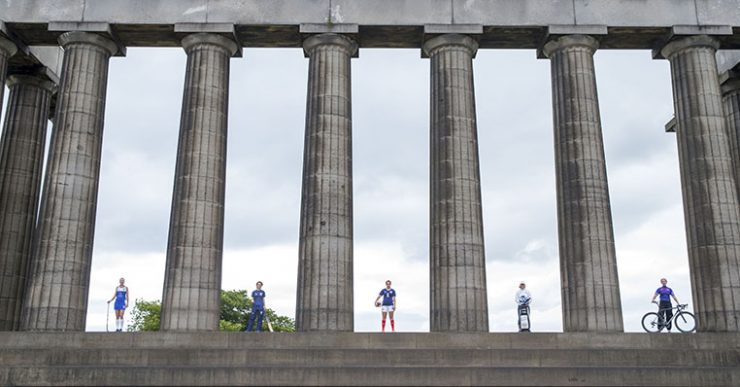 The Scottish summer of women’s sporting events are, in chronological order:

In the aftermath of the FIFA Women’s World Cup, Scotland will be hosting UEFA’s flagship European Championship Youth Tournament, the Women’s Under 19 European Championship, which aims to expose talented youth footballers to elite level competition in preparation for stepping up to the senior stage to represent their country. Taking place across four professional football stadiums in Scotland – the grounds of St. Johnstone FC (Perth), Stirling Albion FC, Partick Thistle FC (Glasgow) and St. Mirren FC (Paisley) – Scotland will be joined by Belgium, England, France, Germany, Netherlands, Norway, and current holders Spain as they all compete for the trophy, which will be lifted by the winner on Sunday 28 July.

Michaela McAlonie said: “This has already been an exciting summer for Scottish women’s football, and will now culminate with the Women’s Under-19s Euros.

“Scotland has shown in the past that it can host world class events and this one will be no different.

“The players can’t wait to play in front of a passionate home crowd and hopefully the country gets behind us, like they did for the ‘A’ squad’s World Cup debut in France.

“Young girls now have female footballing role models and hopefully over the course of July we can continue to help inspire the next generation.”

Held every two years, the Women’s Eurohockey Championship Division II will see eight nations compete to join the first division and rank amongst the best in Europe. Featuring 20 matches spread over seven days at the Glasgow National Hockey Centre, the iconic legacy venue of the 2014 Commonwealth Games, all eyes will be on team Scotland as they go up against Wales, Czech Republic, Italy, Poland, Ukraine, Austria and Turkey to gain promotion to the top tier and avoid relegation to the 3rd league.  Scotland matches are due to take place at 17:00 Sunday 04 August, 18:00 Tuesday 06 August and 19:00 Wednesday 07 August ahead of a final on Saturday 10 August.

Becky Ward, Scotland Vice-Captain, said: “It’s such a big year for Scottish women’s sport and to have a massive women’s hockey tournament in Glasgow is amazing. The squad can’t wait to play at home and I hope there will be a great support cheering us on, as well as all the athletes across the other sports events in Scotland this summer. It’s really exciting to be part of it and the tournament will play a big part in promoting women’s sport in Scotland, and beyond.”

To find out more and get tickets, visit https://www.scottish-hockey.org.uk/womens-eurohockey-championship-ii/

The Women’s Tour is a new and permanent fixture on the professional cycling calendar. This year’s inaugural the three-day, three stage 350km Tour will take place on Friday 9 – Sunday 11 August. Starting from Dundee’s iconic waterfront area, the 103km opening stage will take in the Tay Road Bridge and travel down through the Kingdom of Fife to finish in Pittencrief Park, Dunfermline. Stage Two is a 139.4km route departing on Saturday 10 August 2019 from Glasgow’s George Square, sweeping through The Trossachs and finishing in the centre of Perth.

The final stage will start and finish in the beautiful setting of Holyrood Park, the famous Royal Park in central Edinburgh.  The 118.3km stage will include three Queen of the Mountain climbs.

Katie Archibald MBE, Commonwealth, World and Olympic Champion and Women’s Tour of Scotland ambassador, said: “I can’t wait for the summer. To be riding my bike in a professional women’s bike race in Scotland is so exciting. I’m really looking forward to taking part and hopefully there will be plenty of people out on the roads supporting us.

“Not only do we have the Women’s Tour of Scotland for the next few years taking place every August, but with the World Championships coming to Scotland in a few years, I think the enthusiasm for the sport in our country is only going to grow.”

To find out more, visit https://womenstourofscotland.com/

The co-sanctioned ASI Ladies Scottish Open is one of the premier events on the Ladies European Tour and the LPGA. It will be held at The Renaissance Club in North Berwick for the first time just three weeks after the men’s Scottish Open. Tickets for this event are FREE and it is the final qualifying event for players looking to make Team Europe ahead of The 2019 Solheim Cup.

To find out more, visit https://ladiesscottishopen.com/

The Women’s T20 World Cup Global Qualifier will take place in Dundee and Angus. The event is the final global qualifier for the T20 Women’s World Cup, which is being staged in Australia next year. The qualifier will see eight teams – Scotland, Netherlands, Ireland, Papa New Guinea, Thailand, USA, Zimbabwe, and Bangladesh – compete for the final two qualifying places at next year tournament.

Samantha Haggo, Scotland cricketer, said: “2019 has been a big year for us and we’re really excited to be hosting the ICC Women’s T20 World Cup Global Qualifier in Dundee and Angus.

“In the past, the qualifier has been held in places such as Thailand and Sri Lanka so we’re looking forward to being able to play in our own backyard this time around and will be aiming to capitalise on our home advantage.

“We’ve been working really hard on our skills over the past 12 months, never losing sight of our goal of reaching our first ever World Cup. The girls can’t wait to get going and hope that people get behind us and come to watch.

“Women’s cricket is one of the world’s fastest growing sports and so this is a great opportunity for people to see what we’re about and the skills we have to offer.”

Entry will be free for all games. For more information, visit www.cricketscotland.com

Hosted by VisitScotland, The 2019 Solheim Cup aims to be the biggest ever European edition of the event and the most family-focused golf event in history, with around 100,000 spectators expected at Gleneagles in September. It is the pinnacle of women’s golf with the best players from Europe and the USA going head-to-head in match play formation. The 16th edition promises to be one of the highlights on the women’s world sporting calendar in 2019.

To find our more and get tickets, visit https://www.solheimcup2019.com/