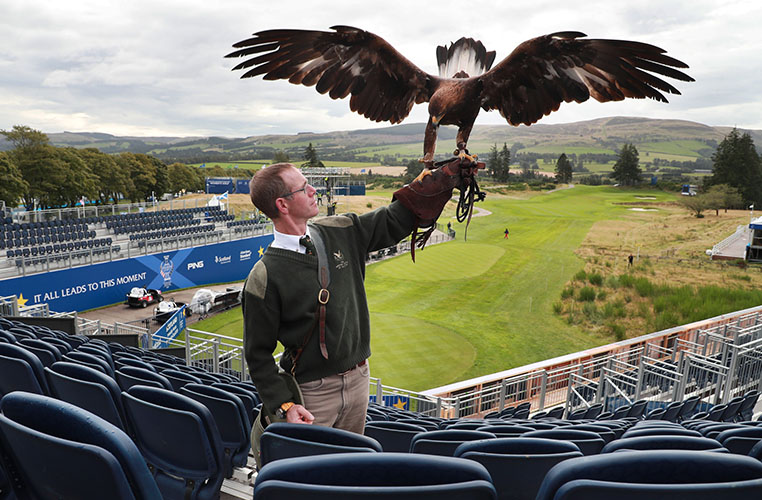 Scotland will welcome the country’s biggest single sporting event of 2019 under the picturesque Perthshire hills in less than a weeks’ time.

With the finishing touches now being applied to a site build which features four on-course grandstands, including a first tee amphitheatre with nearly 3000 seats, an impressive hospitality suite and a mammoth family-friendly spectator village, The 2019 Solheim Cup is expected to welcome around 100,000 spectators for the showpiece women’s golf event.

Taking place on the PGA Centenary Course at Gleneagles, the event will see Team Europe, captained by Scottish golfer Catriona Matthew, prepare to take on Team USA in one of the fiercest rivalries in sport.

Delivered by VisitScotland on behalf of the Scottish Government, the 2019 Solheim Cup aims to help promote Scotland as an open and inclusive golf tourism and events destination, whilst also contributing to the drive for equality across sport and wider society domestically.

The tournament is widely renowned as the pinnacle of women’s golf with the best players from Europe and the USA going head-to-head in match play format. Having won the tournament last time around, team Europe will be looking to retain the trophy but face stiff competition from their American counterparts.

In addition to the showpiece main event which begins next Friday, 13th September, young aspiring girls will have the opportunity to represent their countries in the 2019 PING Junior Solheim Cup earlier in the week. Within their ranks is Hannah Darling, who will be the sole Scot representing Team Europe at the 2019 PING Junior Solheim Cup, after she was chosen as a wildcard for the all-female event.

Ross Hallett, Executive Tournament Director at IMG, said: “We are very proud of our role in delivering what we believe will be a spectacular event, in-keeping with the remit we were set by Visit Scotland – to make this the best Solheim Cup to date. Planning started more than four years ago with a team that has grown to more than 50, utilising expertise from our global resources. We are extremely proud to play a key role in the event and are excited about next week. Having focussed on the three pillars of Experience, Equality and Innovation I have no doubt that we will deliver both a memorable and world class event for Scotland.”

Paul Bush OBE, Director of Events at Visit Scotland, said: “Anyone who sees the size and scale of the infrastructure around The 2019 Solheim Cup will be left in no doubt that this is a major international sporting event. Having hosted The 2014 Ryder Cup here just five years ago, we were determined to deliver a similar infrastructure and I think people will be blown away with what we have achieved here.

“The atmosphere on the first tee here in a week’s time will be electric and unlike anything many will have seen at a golf event before. As well as being a world-class sporting spectacle, The 2019 Solheim Cup will be a fully accessible family day out and that’s something we’re hugely proud of. I can’t wait to get started and to further showcase Scotland’s credentials as one of the world’s leading event destinations.”

Adult tickets are available from just £25 with children under 16 able to attend for free when accompanied by an adult. For more information, visit www.solheimcup2019.com