That feeling when it’s the weekend 😊😎 #So

In the history books 📕 @leonamaguire all time

🎵 We love you Beany we do, ohhhhhhhhh Beany we 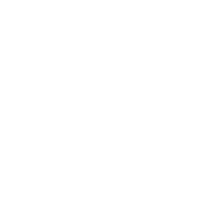 The 2021 Solheim Cup will be played Tuesday, August 31 – Monday, September 6 at Inverness Club in Toledo, Ohio.

Looking to book your hotel? Please follow this link.

The schedule of events, special event tickets, parking and rental car information will all be announced in Fall of 2020.

A tradition like none other continues when the LPGA and Inverness Club, Toledo OH, host the 2021 Solheim Cup.  With fans and sponsors in mind, a variety of hospitality packages have been created that include tickets to specific hospitality venues, grounds ticket access, food & beverage options, parking passes, an up-close experience watching golf history being made on an incredible course, and much more.

All volunteers for the Solheim Cup will volunteer for a minimum of three (3) shifts with each shift lasting four (4) hours. Volunteers will not be paid wages or compensated in any other manner in exchange for their volunteer hours. Please keep in mind that there will be no refunds on volunteer payment.

To find out more details and how to register CLICK HERE

About the PING Junior Solheim Cup

Inaugurated in 2002, the PING Junior Solheim Cup 2021 is a version of The Solheim Cup for female amateurs aged 18 and under (born 2003 and later) and follows a similar format to the senior event, featuring the top 12 European junior amateurs versus their American counterparts.

The aim of the competition is to give junior golfers from both sides of the Atlantic the opportunity to gain international match play experience as well as the chance to meet, learn and be inspired by the professional players playing in The Solheim Cup.

Lexi Thompson, United States (PING Junior Solheim Cup 2009 and The Solheim Cup 2013, 2015, 2017, 2019): “The PING Junior Solheim Cup was an experience of a lifetime as a junior golfer. Being able to represent my country with an incredible team and a captain that I’ve looked up to my whole life, Nancy Lopez, was a great honor. Friendships, experiences and memories that I will never forget came from that event. Events like this are why I love the game and is why I’m at where I’m at today.”

Updated European Eligibility Process as of 20th May, 2021

Participants must be a European citizen (as per IGF National Policy)

Performances at the original PJSC qualifying tournaments that are played, performances at other national and international tournaments as well as input from national coaches and Captain Annika Sörenstam will be taken into consideration when selecting the team

The final standings after three brilliant days of

Un moment mémorable 🤩 What a day for @celineb

What an ending! @celineboutier wins it on the las

That feeling when it’s the weekend 😊😎 #So

On a day of low scores there were two in particula

@celineboutier leads the way heading into the fina

The overnight leaders are away 🟢 #RaiseOurGame