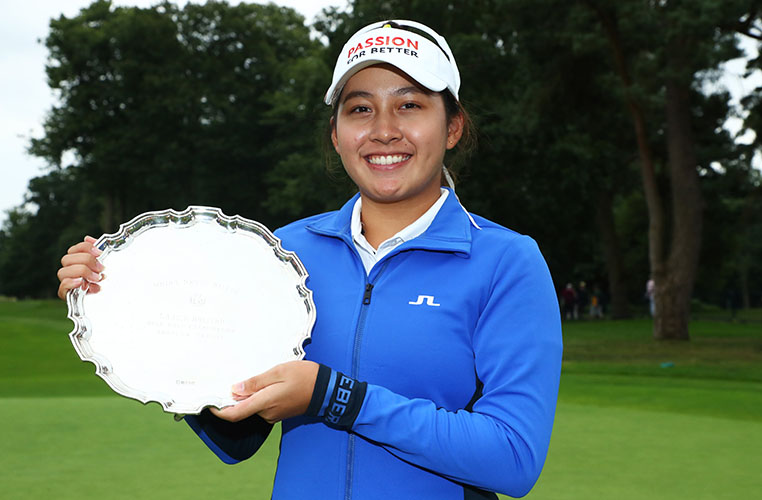 Thai amateur sensation Atthaya Thitikul finished as the leading amateur at the AIG Women’s British Open, a month after winning the Ladies European Thailand Championship for the second time.

This is the second year in a row that Thitikul has claimed the low amateur honour.

“It’s awesome, I never thought that I would be here again because I needed to win on the Ladies European Tour to qualify into this event. It has been awesome to get back here. I had a great time this week, I just played my game and I really enjoyed every moment.

“This week I hit the ball really well but the final round was a bit of a struggle with my putter but I had a really good time here. When I play in professional events, I get real experience and I adapt that to every tournament that I play. I just keep wanting to improve my game.”

Thitikul, the inaugural Women’s Amateur Asia-Pacific champion, was one of two amateurs to make the cut at the year’s final major.

Also playing all four rounds at Woburn Golf Club was current Women’s Amateur Asia-Pacific champion Yuka Yasuda of Japan, who earned her place in the field this week thanks to her victory in April.

With a birdie on the 72nd hole, Shibuno won by a shot from Lizette Salas of the United States of America.