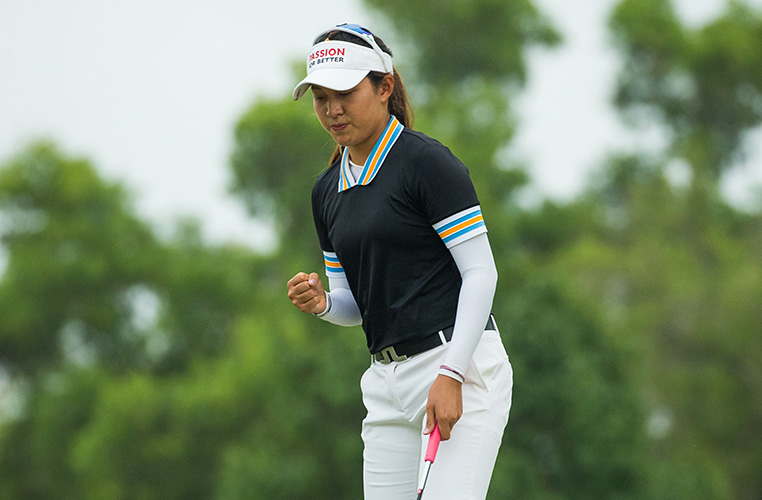 Teen prodigy and ex-champion Atthaya Thitikul continued to demonstrate her extraordinary talent as she built a commanding eight-stroke lead heading into the final round of the Ladies European Thailand Championship at Phoenix Gold Golf and Country Club.

The youngest winner on the LET at only 14 in the inaugural edition at the Pattaya venue two years ago, Atthaya started with a two-stroke lead over Esther Henseleit and opened her third round with a birdie on the fifth, followed by a sensational eagle on the long seventh, taking a three stroke lead through the turn. 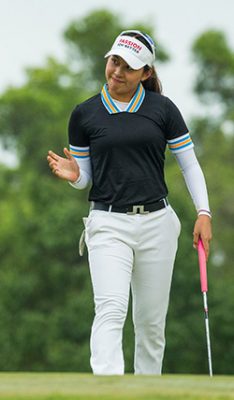 The 16-year-old from Ratchaburi then made five birdies in succession from holes 10-14 and made another gain on the par-3 16th in a flawless, bogey-free nine-under-par 63, which was the lowest round in the three-year history of the championship.

Her nine-under round was one stroke better than the previous course record, an eight-under 63 recorded by Scott Vincent from Zimbabwe in the third round of the 2018 Queens Cup, but amazingly, the best 18-hole score of her young amateur career so far is a  final round of 12-under-par 60 in last year’s World Junior Girls’ Championship in Canada.

Thitikul, who won the Youth Olympics gold medal in a mixed event last year, along with the Asia-Pacific Amateur championship, remained a picture of relaxation and approachability, humming a song to herself as she plotted her way around the course.

She said afterwards: “I put the ball where I wanted it to go and it was near the pin. I gave myself easy putts and made them. On the back nine, I played easy golf and it made me feel more confident.

“I don’t want to talk about the future because anything can happen but I will play my game and do my best.”

Henseleit made five birdies but bogeyed the 16th and 18th. Still smiling, but a little shaken, she said: “I played really well the first few holes but sadly I finished with two bogeys. Being eight shots back going into the final round isn’t what I was hoping for. Around the turn on 10, 11 and 13 I also played quite well and made birdies so it was a lot of fun but I couldn’t keep up with her.” 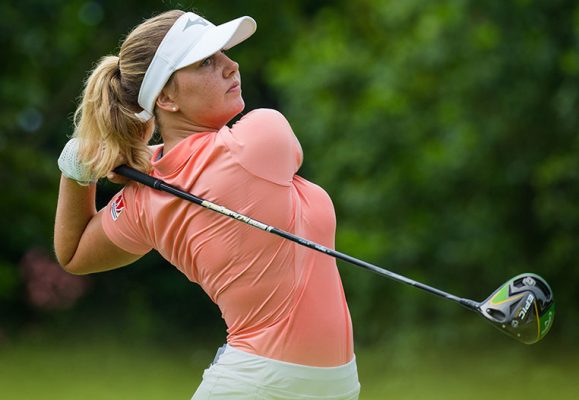 Cowan made five birdies in a bogey-free round and said: “It was a lot cooler playing today, although it’s always hot playing in Thailand. I definitely earned my ice-cream today. I had a lot of fun out there. I was hitting really good shots, really close and my putting was a lot better than yesterday and I was reading them better and stroking them better, so that’s what I would say was really good today.

“I think 100 per cent the weather made scoring better, because it was so much easier playing and walking. I was way more relaxed and I would say it was the weather.”

She conceded that she would probably be playing for second on Sunday, with Thitikul eight clear. “Anything can happen on the last day but we’re probably playing for second unless she doesn’t play as well as she did today. I’m just excited to see how she plays and have a great day tomorrow.” 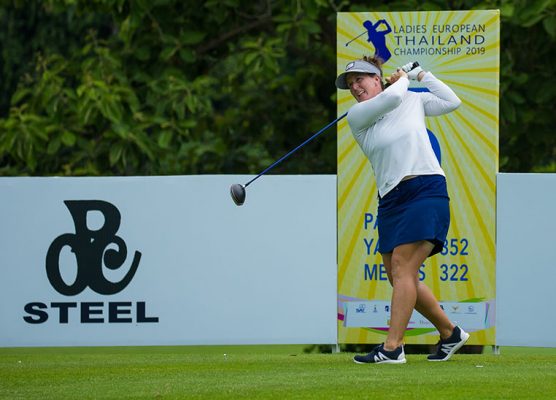 Beth Allen will play in the penultimate group, with Whitney Hillier and Swedish rookie Filippa Moork.

Allen said: “I’m kind of gutted I’m not in the last group because I’d love to see (Atthaya). That score is incredible. Nine under today is amazing. The majority of the field is at nine-under for the week, so tremendous scoring and I’m sure she has a really bright future.”

If she continues to play well and wins the title for a second time in three years on Sunday, Thitikul will qualify for the Evian Championship and the AIG Women’s British Open, where last year she won the Smyth Salver as the leading amateur.