Thitikul leads in bid to be youngest double LET winner 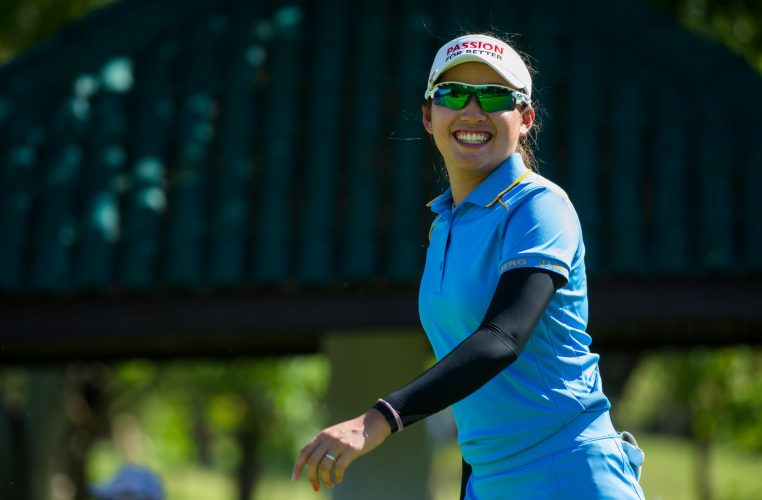 Thai amateur Atthaya Thitikul took a two-stroke lead on Friday in the Ladies European Thailand Championship, in her bid to win the title for the second time in three years.

The 16-year-old from Ratchaburi shot a 67 for an 8-under total at Phoenix Gold Golf and Country Club in Pattaya, two clear of German rookie professional Esther Henseleit.

Thitikul was the youngest ever winner of a women’s professional golf tournament when she won the title two years ago at 14 years, 4 months and 19 days with a 72-hole total of five-under-par.

She carded six birdies and one bogey in hot weather on Friday, saying that she expected the winning score to be closer to 15-under.

“My game today was really good and I put the ball where I wanted it to go. It was the same on the greens. Everything today was good, except that my putter was really good. I hit the irons near to the pin and gave myself some easy putts,” said the 2018 Women’s Amateur Asia-Pacific champion, who also won the Smyth Salver as the leading amateur at last year’s Women’s British Open.

She added that she always sings Thai songs to herself in her head as she plays. “I want to play my best, enjoy my game and sing a song around the golf course.”

Also trying to win the title is the LET’s leading rookie, Henseleit, who shot a 68. She captured her first professional title in the LET Access Series’ Skatfö Open in Sweden on Saturday. 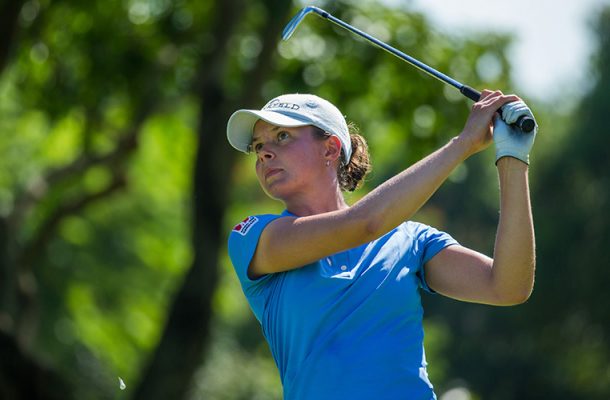 The 20-year-old from Hamburg was convinced to take a local caddie in the second round, who protected her from the blazing sunshine by carrying an umbrella, as she had been struggling in the heat and humidity during the first round.

She said afterwards: “It was an adventure today. I had a triple bogey on the second, so not the start you’re hoping for. I was in the trees on the right and tried to chip out but it stayed in the trees. I chipped out and was left of the green. Then I made a pretty bad chip shot and three-putted.

“I thought, okay, that happens, and I set myself short term goals. I said, I want to be even par after nine, so I have to play three birdies now on the first nine. It worked out pretty well and I was even par after eight and then I had a bogey on nine. I birdied 11, 12 and eagled 13, so I was minus three and then I bogeyed 14, because I had a plugged bunker shot and finished birdie, birdie. On the last hole, I chipped in for birdie, so that was a great way to finish the round.

“I got my first win last week on the LET Access Series last week and it’s been a great year so far. I was a bit jet lagged and tired from the last few weeks, but I really like this course. It’s too hot, although I like the warm weather. I’ll keep trying to continue doing what I’ve been doing the last few days.”

The 2016 order of merit winner, Allen, who shot a 71, said: “I lost my confidence a bit recently but the belief is back and when I’m standing on the tee, I feel like I’m going to hit it well. It’s the same when I’m on the green. It’s just a different mindset and it feels really good to be competing again and around the top of the leader board.”

The first round leader, Lina Boqvist, had a 74 and dropped into a six-way tie for sixth place with Whitney Hillier, Filippa Moork, Tonje Daffinrud and Onkanok Soisuwan, aged 18.

Of the 11 Thai teenagers in the field, six made the cut and the best young Thai players will be playing at Phoenix Gold Golf & Country Club this weekend.