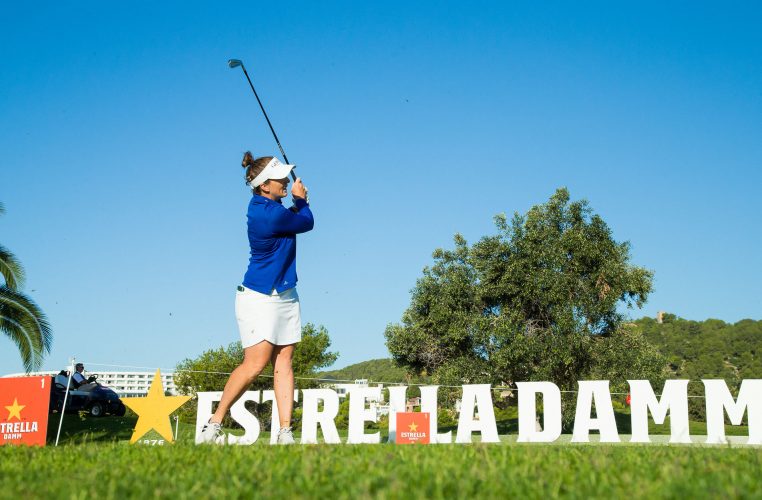 Beth Allen, Laura Fuenfstueck and Stefania Avanzo set the pace on day one of the Estrella Damm Mediterranean Ladies Open with a trio of three-under-par 68s at the stunning Terramar Golf Club in Sitges, near Barcelona.

Allen carded five birdies and two bogeys on the course, which has been set up long and tough for this week’s tournament.

She said afterwards: “It was solid. I putted really well, which was nice for a change, because that’s been a bit of a struggle. My pace was good, which is important around here and when I missed fairways, I had good lies, so I never had to chop it out, because it is quite thick out there.”

Allen, the 2016 order of merit leader, carded consecutive rounds of 77 to miss the cut at last week’s Lacoste Ladies Open de France, but feels that she has turned a corner.

“Last week was a bit of a nightmare but at the same time, I’m trying to stay positive and I kind of reassessed the situation and I’ve tried to forget about it and get on with it. I spoke to my coach, Karl Morris and we made a plan to treat this week as though it’s one of my last events and I’m going into it with that mindset.

“I’m just trying to enjoy it, because this year has been tough, so I’m doing my best to smile as much as I can.”

The three-time LET tournament champion made only 27 putts and has adapted her green-reading style after working as an on-course radio commentator during the Solheim Cup at Gleneagles.

The Scotland-based Californian said: “My coach, Ian Rae, has always tried to get me to read greens walking up to them and I had to do that during the Solheim Cup.” 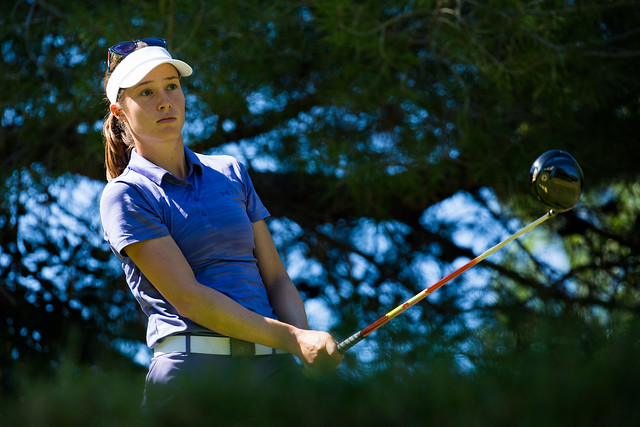 Germany’s Fuenfstueck, (above), took 35 putts in a round which included an eagle, three birdies and two bogeys. The second-year tour player said: “I’m quite happy with the result so it could have been even better. I played quite well last week and I love this place. We are playing right by the ocean and it’s beautiful. On the par 3 (by the sea) I really had to focus on my putt, but I’m enjoying being out here and my game feels solid.”

“Going into France last week I said, I haven’t been in contention a lot, so it’s quite nice to be here right now. I’m just getting used to being on tour and I’m working hard with my coaches, improving bit by bit and enjoying playing.” 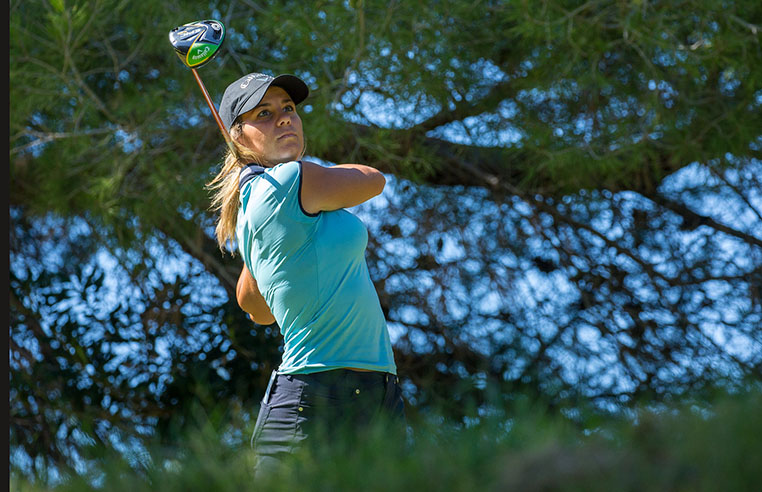 Italian Avanzo, (above, tapped in for an eagle on her last hole, the par-4 seventh, to get into a share of the lead for the first time in six years as a professional and she said: “I hit a lot of fairways and a lot of greens, which is very important on this course, because when you go in the rough it’s basically impossible to go for the green. I hit 16 greens today, putted very well and obviously on the last hole, I eagled it. I put my 3-wood very close and it was just a short tap-in. I’ve been playing pretty well but just not scoring the way I wanted so today gives me more trust in my game.”

Lynn Carlsson is in solo fourth place on two-under-par, with six further players on one-under.

Solheim Cup winner Carlota Ciganda opened with a one-over-par 72 and was happy with her score, given the course set-up, which she said was really tough and victorious captain Catriona Matthew opened with a three-over-par 74.

Apart from the main sponsorship of Estrella Damm and the institutions that collaborate in the event (Generalitat de Catalunya, Diputació de Barcelona, ​​Ayuntamiento de Sitges, RFEG, Federación Catalana de Golf), the other companies that contribute to the tournament are co-sponsors Finisher and Grupo Romeu and suppliers Bargosa, Kyocera, Sub70, Fever-tree, Greenmowers and Vilamobil Audi.