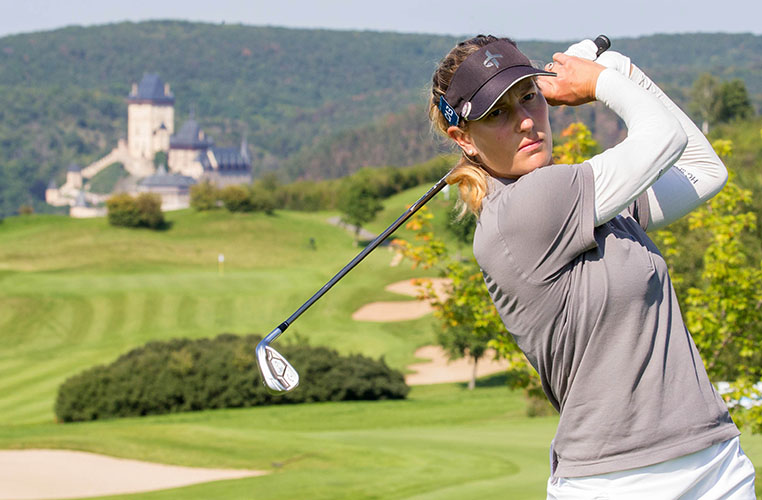 Patricie Mackova, Agathe Sauzon and Johanna Gustavsson (above) all shot six-under-par 66s to share the lead after the opening round of the Tipsport Czech Ladies Open at Golf Resort Karlštejn.

Pia Babnik, Sanna Nuutinen and Hsin Chiao Chang are one shot behind in a tie for fourth place.

With teenagers Mackova, 18, Chang, 17 and Babnik, 15, all still at high school in their respective countries, it was a day when youth had the chance to shine.

Local player Mackova, who attends the same high school in Prague as Klara Spilkova at the same age, went to the turn in 30, six-under-par, with an eagle and four birdies on the front nine. She came back in level par 36 with a bogey on 11 and a birdie on 17. 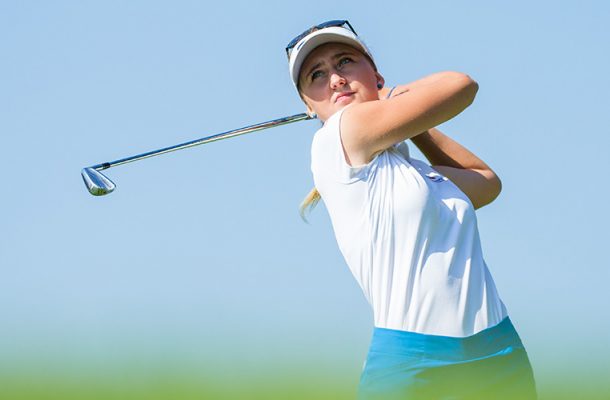 The Czech National Team member tied for sixth in the Amundi Czech Ladies Challenge on the LET Access Series three weeks ago, but couldn’t seem to believe that she was tied for the lead in the dual ranking event with the Ladies European Tour, which marks her first appearance on the LET.

“I didn’t start really well today. I needed to save par on the first and second hole. And I saved it, which was really important to me. I started to feel much more confident about my putting and golf swing. Then, I had two or three birdies. That was the point when I started to play really good,” she said.

“This is my ‘almost’ home club which is really important to me.  I have played a lot of rounds on this course.”

Making the most of the fine conditions, Sweden’s Gustavsson, 26, teed off on the 10th hole and carded four birdies on the back nine and offset a lone bogey at the first with three further birdies on the front nine. 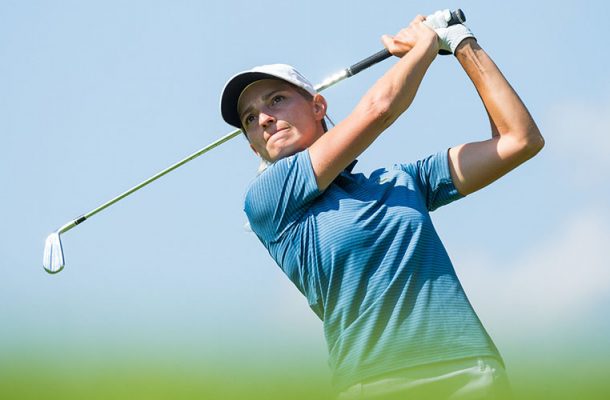 France’s Sauzon, 27, picked up six birdies to sign for a bogey-free round, her career best finish having come at the 2017 Czech Ladies Open on the LET Access Series.

“I am really happy with my game. It was pretty solid with a lot of good putts for par, so I’m pretty happy with it,” she said.

Slovenian teenager Babnik, (below), who won the R&A Girls’ Amateur Championship at Panmure in Scotland on Saturday, went out in 34 – with three birdies in a row on holes five, six and seven – and came back in 35. 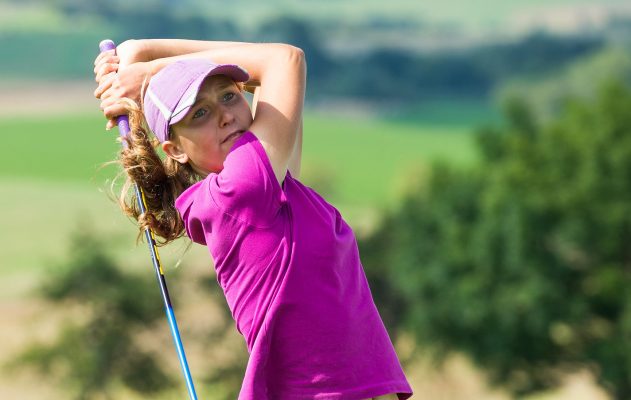 She felt it was easier to play 18 holes in one day, as opposed to last week, when she played eight rounds over three days.

“It was match play, so it was a different game, but it was still very hard,” she said, adding that she would try to match her opening score each day over the weekend.

Chang, the Faldo Series Asia winner from Chinese Taipei, had seven birdies and two bogeys to sit alongside Babnik and Nuutinen, 28, from Finland.

Nuutinen, who won the Amundi Czech Ladies Challenge three weeks ago, continued her solid play with six birdies and just one dropped shot. The highlight was a brilliant birdie on the dramatic par-4 second hole, featuring a 44 metre drop from the tee to the putting surface, where she took on the challenge and drove the ball to the edge of the green, before getting up and down.

“I was striking it off the tee. My drives were carrying long today, so made it easier to hit my short irons and wedges in,” she said. “I had a good feel for the greens. They can get really tricky here, but I felt like I got the pace today.”

There was a delay of an hour and 20 minutes due to fog ahead of the first round, which is common in the area for this time of year.