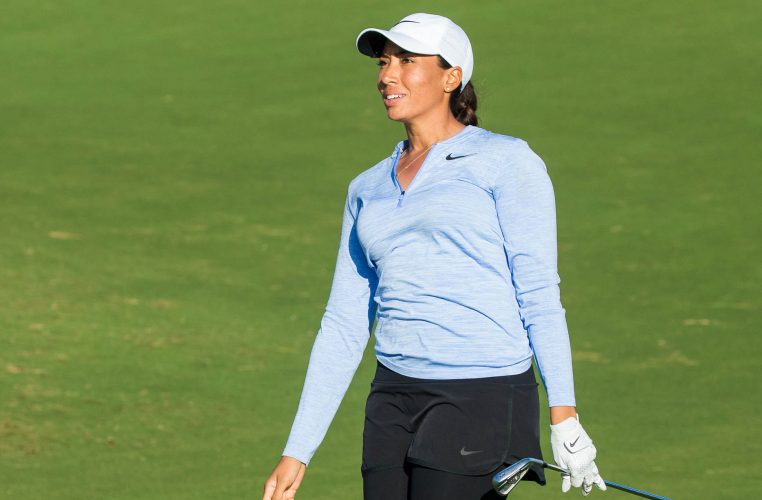 Cheyenne Woods is ready to step up to the challenge of earning a second LET title as she returns to Emirates Golf Club for Omega Dubai Moonlight Classic, starting tomorrow.

Following in the footsteps of her uncle Tiger, who recently won the Masters to claim his fifth green jacket, Cheyenne is a golfing sensation in her own right.

With four top 10 finishes, including her last appearance in Dubai at the 2016 Omega Dubai Ladies Masters where she finished in a tie for 10th, Woods will have her sights set firmly on the famous ‘Dallah Trophy’ at the Moonlight Classic.

Speaking on the eve of the tournament, the 28-year-old from Phoenix, Arizona, who won the 2014 Volvik RACV Ladies Masters in Australia on the LET, said: “I’m really excited to come out here and have the opportunity to play.

“With it being a day and night event it’s a little bit different for us, but I’m familiar with playing in this weather, playing in this area, so by Wednesday hopefully jetlag will have gone away.

“I feel like I’m playing really well. Just putting the pieces together. I feel like mentally, physically, I just feel like I’m in a really good place to play some really great golf so the more I play the closer I think I’ll get to where I want to be.

“My first win was on the European Tour so if I can get another win, whether it is on this tour or wherever, it just encourages me and helps build confidence overall.”

Reflecting on Tiger’s 15th major victory at Augusta National, Cheyenne added: “I was actually in Hawaii playing a Monday qualifier. I teed off while he was still playing so I missed everything! But I was playing my own event and wishing him the best and then after I finished, I re-watched 18 and then the celebrations. It was just so exciting to see, so exciting the whole world come together and cheer for him and support him knowing how far he’s come.

“I think even just general golf fans, we’ve seen Tiger at his best and Tiger at his worst and to see him come full circle and win again at the highest level, it’s not something you see very often, or ever in the sports would at that level, so it was just a very special moment to see him on the course and then you see the personal side behind the scenes with the emotion.”

Fans are encouraged to come and watch Cheyenne and the world’s best female golfers and experience this inaugural event on the Faldo course.